How we greened our church: step one

Green never happens in a vacuum. That’s especially true when you’re dealing with an entity as complex as a church, or another community of faith.

But at the same time, communities of faith are natural incubators for the environmental movement. A commitment to caring for creation, working together, setting a positive example, and simply doing the right thing are all woven deeply into countless spiritual lives.
That is not to say, of course, that it’s easy; it isn’t. Tight budgets and dwindling volunteer hours can often mean that these kinds of communities are struggling to maintain what’s already on their plate—or, in some cases, just keep their doors open. Why start something new? 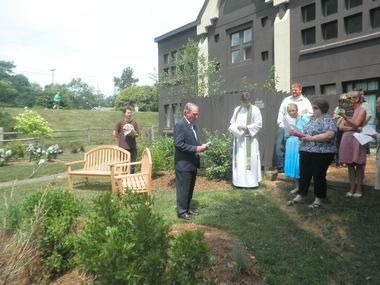 At St. James’ Episcopal Church in Potomac, a little patience and a little persistence went a long way. With a lot of help from experts at Montgomery County’s Department of Environmental Protection and elsewhere, we have put good intentions into action, and thanks to efforts undertaken over the past three years, we are now proud to call ourselves a green parish.

A major lighting retrofit and other appliance replacements completed last year now save us hundreds of dollars a month while keeping carbon out of the atmosphere. We just wrapped up a special series of six Eastertide services entirely focused on environmental topics. We participate in stream cleanups and, recently held a successful e-cycling drive. 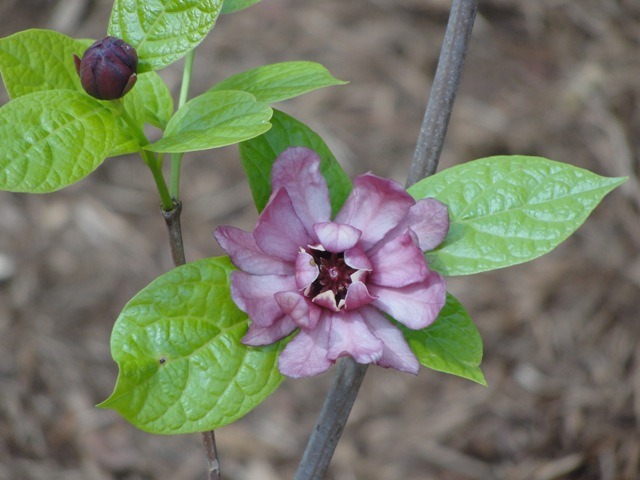 The Big Idea: A Rain Garden

Our crowning achievement, though, is probably our rain garden. Installed last spring, the garden captures much of the stormwater runoff that used to flow through our rear parking lot and, ultimately, into our local waterways and the Chesapeake Bay. It has also made our parking lot safer, and added a beautiful common area to a strip of previously seldom-used land between our two parish buildings.

Talk, Listen and Build a Community

From the time we first hatched the idea to the metaphorical ribbon-cutting, the garden took a year and a half to complete. How did we get started? St. James’ was fortunate to have an Earth Stewardship Commission, which provided a forum for these kinds of discussions. The commission members began the conversation among ourselves, then found allies in the parish one by one. We didn’t just talk; we listened. We found one friendly ear, then, with our group one person larger, had that much wider of a net to find our next friend.

It was a slow process. But the more we learned and the more we listened and the more we talked, the clearer the need became, even to those not predisposed to “thinking green.” Rainwater fell from the roofs of both our buildings and flowed down a steep hill from our front parking lot toward the back of our property. Combined, it all formed a fairly fast-moving stream that ran through the land and the asphalt. That stream would freeze in winter, causing a safety issue. (That was part of what allowed us to spark a wider discussion.)

Even though everyone saw the benefits once the idea was laid out, there was still the little matter of how to pay for it. Unless the numbers made sense, the idea would forever remain impractical. The Earth Stewardship Commission’s annual budget is $300. The price tag for the project was north of $15,000.

How would we bridge the gap? How did we navigate the sometimes-choppy waters of church politics?

I’ll be addressing those issues in more detail in subsequent posts in June and July. In the past few years, we’ve learned a great deal about not only what to do but how to do it. It’s the latter challenge that often tells the tale of success or failure, especially in a community as complex as that of a community of faith.

This post is the first of three guest blogs by Scott Harris.  Scott is a vestry member and the chair of the Earth Stewardship Commission at St. James’ Episcopal Church in Potomac.