It’s autumn, take a hike….on the Caching the Rain Geotrail!

Fall is a great time to get outdoors and enjoy nature – the changing leaves, the crisp air, fall festivals, hiking along a trail, you name it, its just a great time of year.

Engaging the family in fun Fall activities is fairly easy, but have you ever tried geocaching? If not, Montgomery County has a program that promotes nature and stormwater awareness called the Caching the Rain Geotrail. The CTR trail is a fun and interactive way to learn about local water resources and how you and your family can protect them.

Geocaching is an outdoor scavenger hunt in which participants use a GPS enabled device, such as a smartphone, to locate hidden containers or landmarks called “geocaches.” The Caching the Rain Geotrail is a series of 6 geocaches with interactive puzzles and riddles hidden near various stormwater maintenance facilities in the County.

Once an adventurer, or geocacher, has found all 6 geocaches along the trail, logged them, and solved the riddles they are eligible for a souvenir “Caching the Rain” geocoin (while supplies last). Due to the trail’s popularity, the County has ordered 300 new souvenir coins to reward participants.

There have been over 750 logged visits along the geotrail. That’s practically one visit every 2 days!

WSSC staff had fun on the Caching the Rain Geotrail

Why should I bring my family to the Caching the Rain geotrail?

One of the goals of the CTR geotrail has been to change behavior when it comes to our environment. Well, our first question is, has it been effective? Here are some of the things we’ve observed over the past year. Of the 120 participants that have completed the trail:

Taking your family on the CTR geotrail could help instill an ethic for the environment and create future watershed stewards. 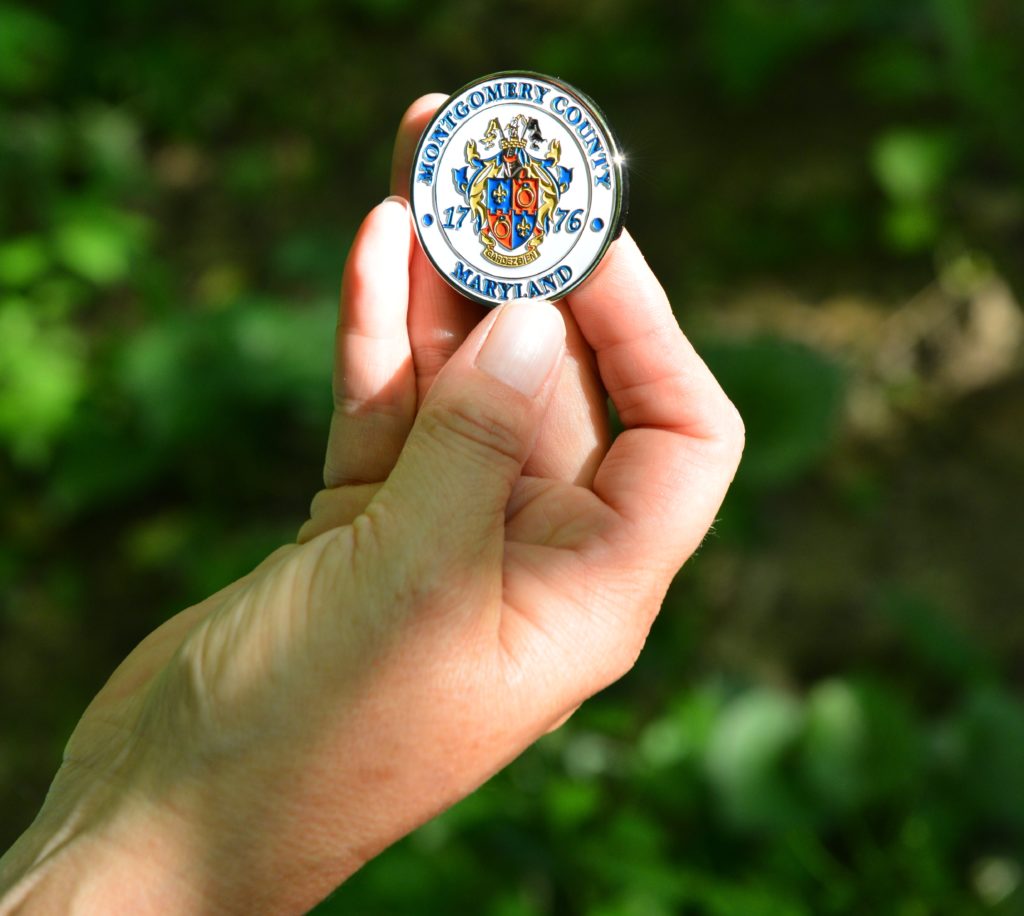 Closeup of the Caching the Rain geocoin

Still have questions? See what others from the County are saying:

Want to get started? Visit our website to learn more about the program and download the Caching the Rain Geotrail Passport today!

Check out these additional photos from residents who completed the Caching the Rain Geotrail!

Geocache User Sygrda stopping by to admire the local stormdrain art project. (PS it also leads to one of the answers to the riddles, shhh!)