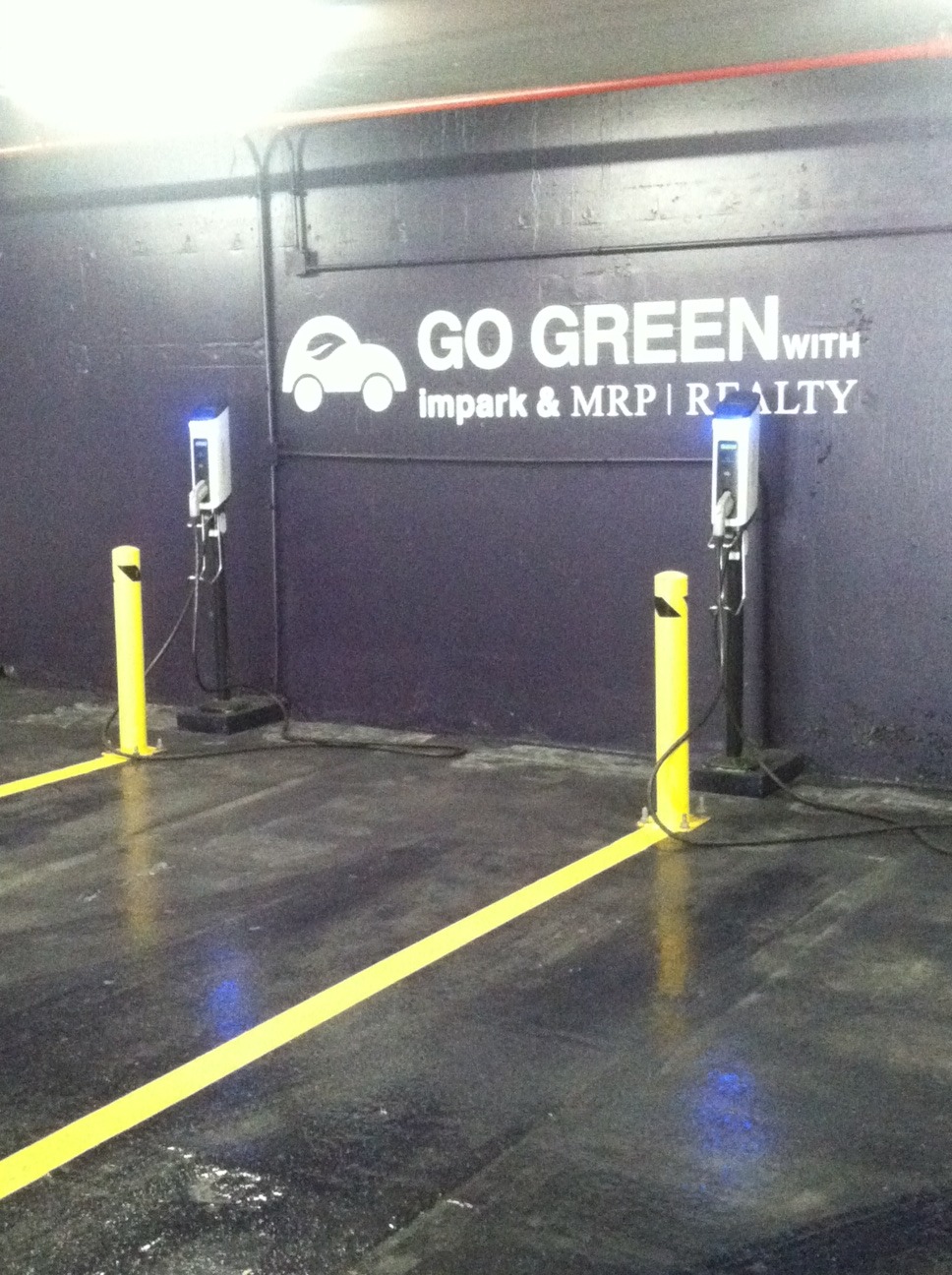 MRP Realty faced a set of challenges in downtown Bethesda. Two years later, their building complex is ahead of the curve.

For Michael Reiser’s first day on the job, something was waiting on his desk for him.

“My very first day, I had a fine from Montgomery County to deal with,” he recalled. 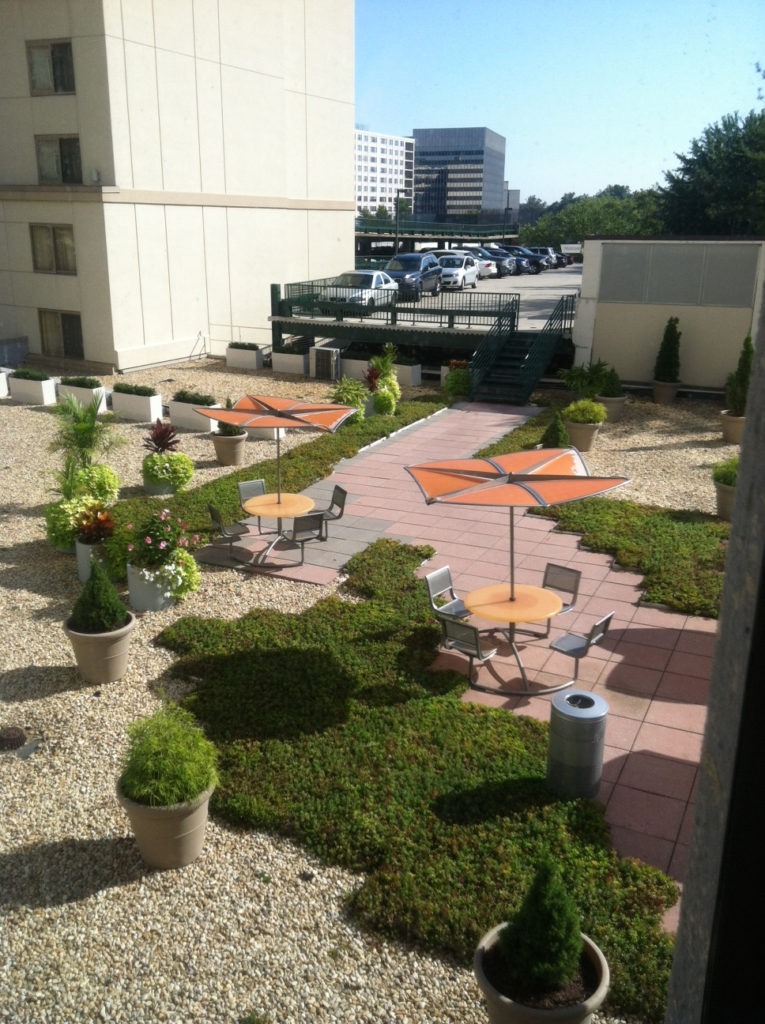 MRP created a partial “green roof” on top of one of its Bethesda properties.

It was a pretty tall task. Reiser, the Bethesda Crossing property manager for MRP Realty, had a lot on his plate from the get-go, including that fine from the County.

Fast forward two years, though, and the more common thing coming across Reiser’s desk are awards, like the one he received last year from the County for dramatically improving recycling percentages at the building. Or it could be good news on Environmental Protection Agency ENERGY STAR® scores, which improved from 68 to 83 in the east and west towers and from 73 to 85 in the north tower. 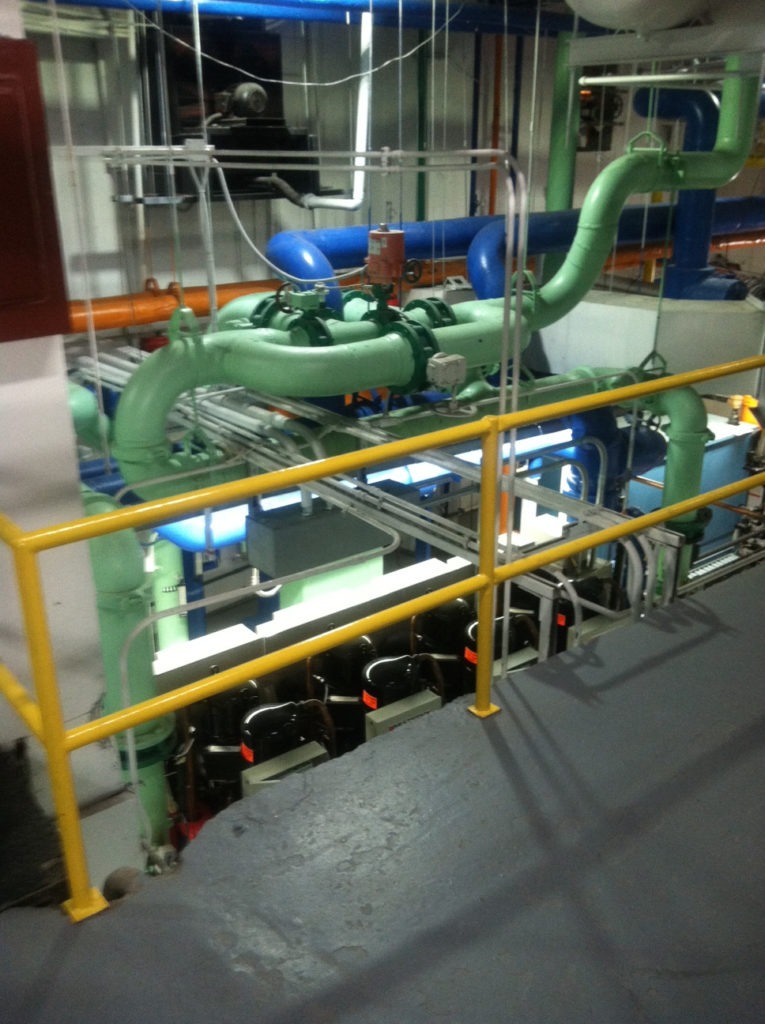 It’s all thanks to a robust program of repairs, upgrades, and renovations that were only very recently completed, but which Reiser said are already showing promise in financial savings and the satisfaction of those who work in the buildings.

The overriding issue facing MRP’s engineers and property managers was the fact that the buildings had experienced only modest upgrades since their original construction in the 1960s. That meant there was a lot of catching up to do. All told, the property owner invested nearly $30 million to renovate the complex, which totals 714,000 square feet of property. 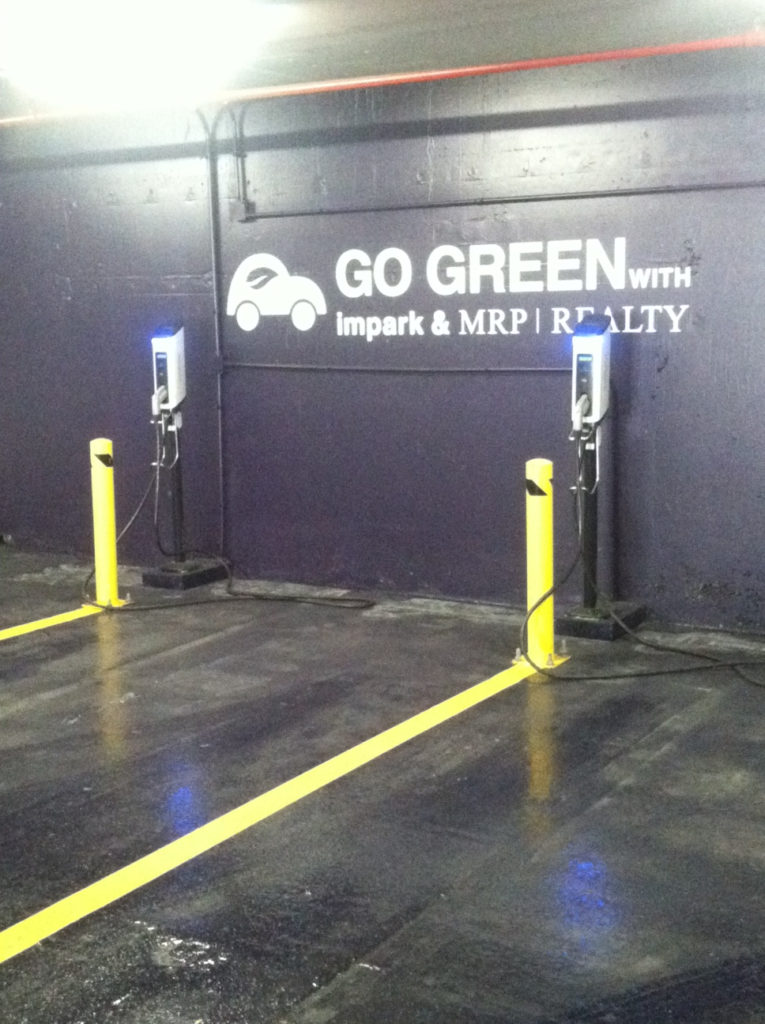 “There was a good deal of original equipment,” said Chris Shanahan, chief engineer for the properties. “Much of it was badly outdated.”

Specific sustainability-related upgrades and changes around the complex included: 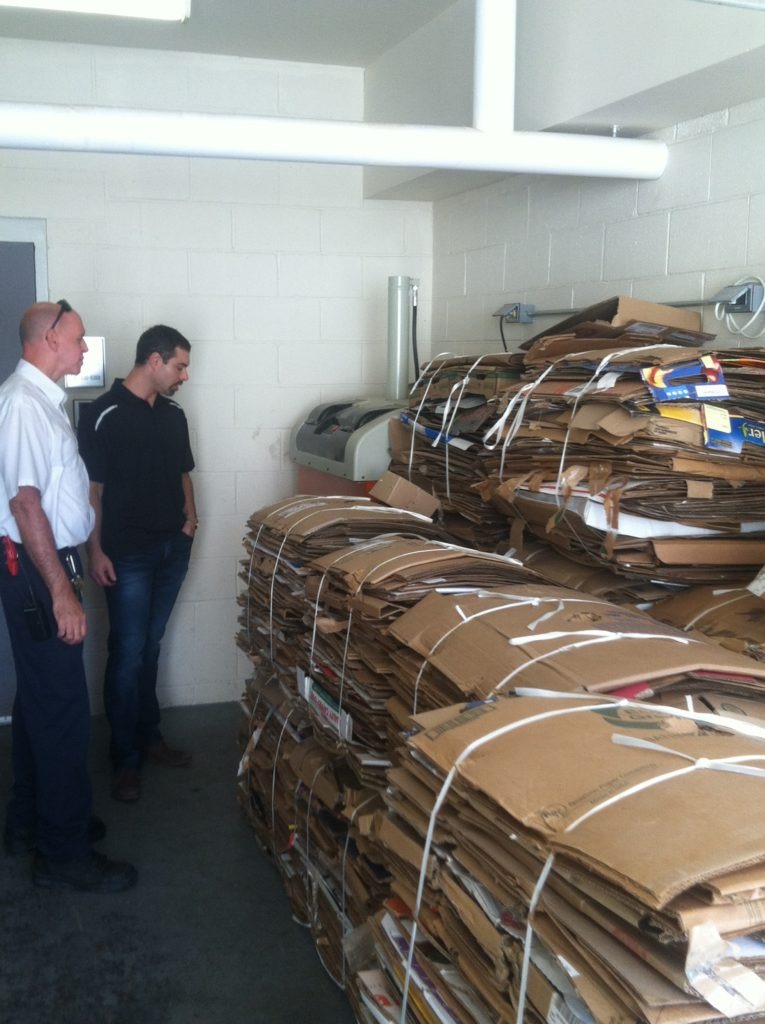 Though Reiser said the changes are still too new for hard data to be available, he said the changes were implemented to achieve significant savings for the tenants and the ownership groups and are being tracked to measure their success.

The MRP team was focused enough on the renovation that they took extra steps to bring community benefit in the manner in which the renovations were made, hiring military veterans to perform lighting retrofits through a non-profit organization called Combat to Impact Professional Services.

As MRP continues to manage the project, Reiser isn’t resting on his laurels. The team currently intends to be part of a County pilot group for composting programs, and is now benchmarking its energy use to help inform future decisions on efficiency.

2 comments on "MRP Realty leads a big turnaround in Bethesda"