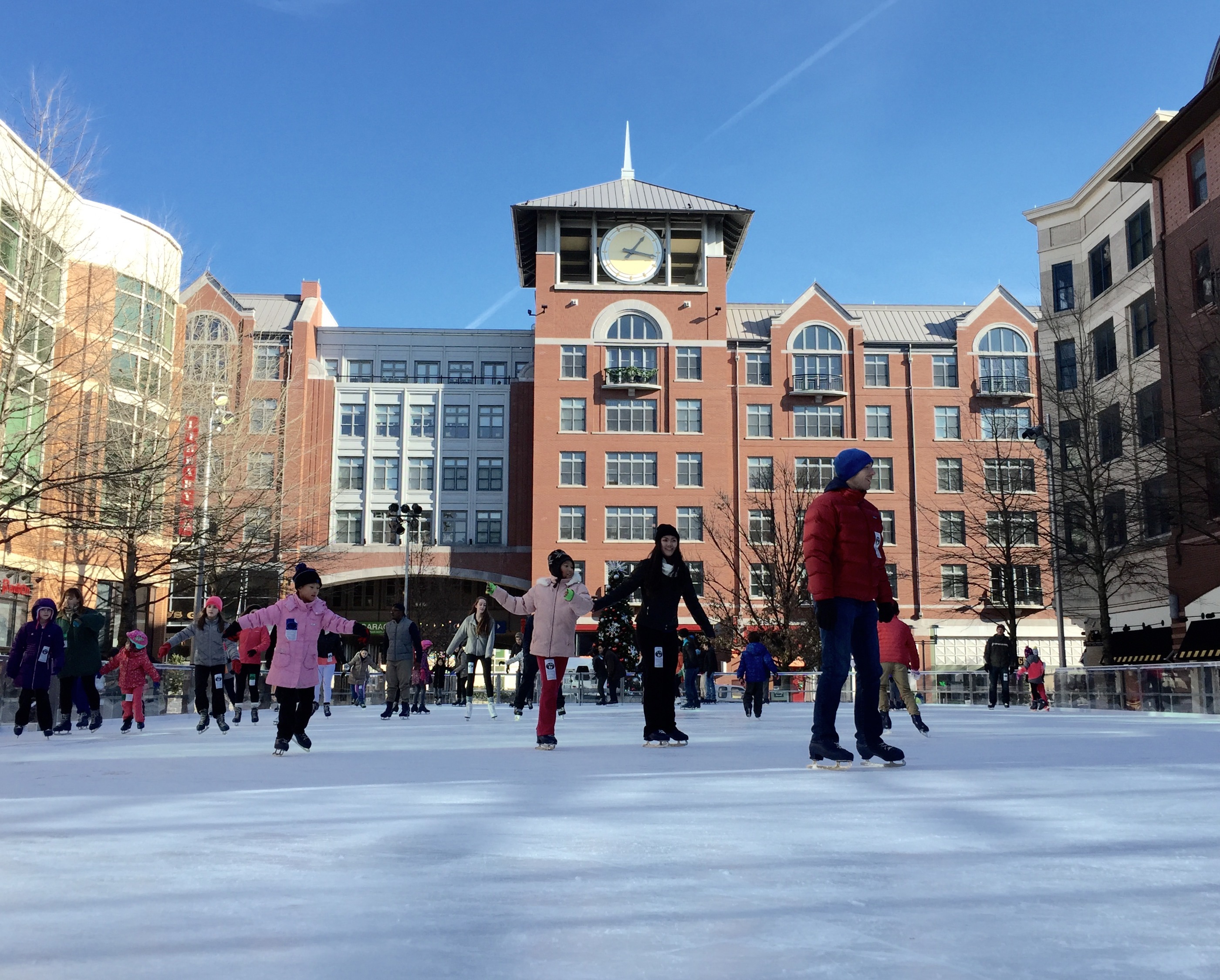 The people who design, build and maintain ice rinks make a conscious effort to make their ice white and keep it that way. But now, a local company is doing more to make its ice green, too, and that has led to some cool innovations for ice rinks in Montgomery County.
Skaters won’t actually notice any difference, but therein lies a key challenge faced recently by Tri-State Ice Management, an ice rink management firm based in Annapolis. The proving ground for overcoming their challenge was Rockville Town Square, where they manage a public ice rink.

“We redesigned the equipment at Rockville Town Square ice rink,” said Lance Curran, managing partner at Tri-State Ice Management. “We started with the approach of ‘where can we conserve energy? What’s using the most energy and how can we reduce it?’”

To achieve that winter wonderland whiteness, many rink operators use calcium carbonate, a powdery alkaline substance derived from crushed shells or limestone. However, when Tri-State was dismantling an ice rink in Silver Spring following the winter season, some calcium carbonate, which is suspended as particles inside the paint used to give the ice its bright white appearance, accidentally found its way past their filters and into local waterways. Those particles created milky clouds of sediment.

Some residents noticed those clouds, and a subsequent investigation led to a fine against Tri-State from the Montgomery County Department of Environmental Protection.

Rockville Town Square ice rink prior to the “green” ice, circa 2009. Photo courtesy of ShashiBellamkonda via Flickr.

But the fine got Curran and his Tri-State colleagues thinking. How could they achieve that whiteness in their ice in a more environmentally sensitive way? They did some research, developed a few prototypes, and eventually found their answer.

Now, instead of calcium carbonate, the company adds to its ice paper that has been bonded to thin layers of aluminum foil and pressed into sheets. Curran calls it low-e ice foil, and it’s more sustainable because it is easy to collect after the ice has melted, and is actually more reflective than calcium carbonate, creating cooler ice and saving energy.

It’s also very easy to recycle. More and more products are packaged in aluminized paper or plastic similar to low-e ice foil, which means that technologies for recycling these materials also are growing. This means the options for recycling low-e ice foil are readily available.

Low-e ice foil is created using a new process, and one that’s exclusive to Tri-State, Curran said. In fact, the company is in the process of patenting this green solution.

But they haven’t stopped there. One discussion led to another, and now they have also devised a way to make ice rinks more energy efficient.

That machine, of course, requires energy. And even as it works to keep ice cold, it actually generates its own additional energy, which itself can be counterproductive.

“The fluid flow creates quite a bit of friction, and friction creates heat,” Curran explains.

So Tri-State now uses a chiller with what Curran calls variable drives, which control how much fluid moves through the piping. The colder it is outside, the less fluid is needed to keep the ice cold, and the less the chiller needs to operate. The new chiller technology recognizes when it is not needed, and lowers its output (and, by extension, energy use) accordingly. Less pumping not only directly uses less energy, but also means less friction, which means less heat, and less energy needed not just to cool the ice in the first place but keep it cool in the face of the friction heat.

The newer, smarter chiller can use up to 80 percent less energy, Curran said. That could mean a financial savings of up to $18,000 over a five-month cold-weather season. That’s a lot of ice skates. And it means greener fun for everyone hitting the rink.

One comment on "Skating on Green Ice: Eco-friendly Ice Rinks"