Takoma Park challenges itself on energy use 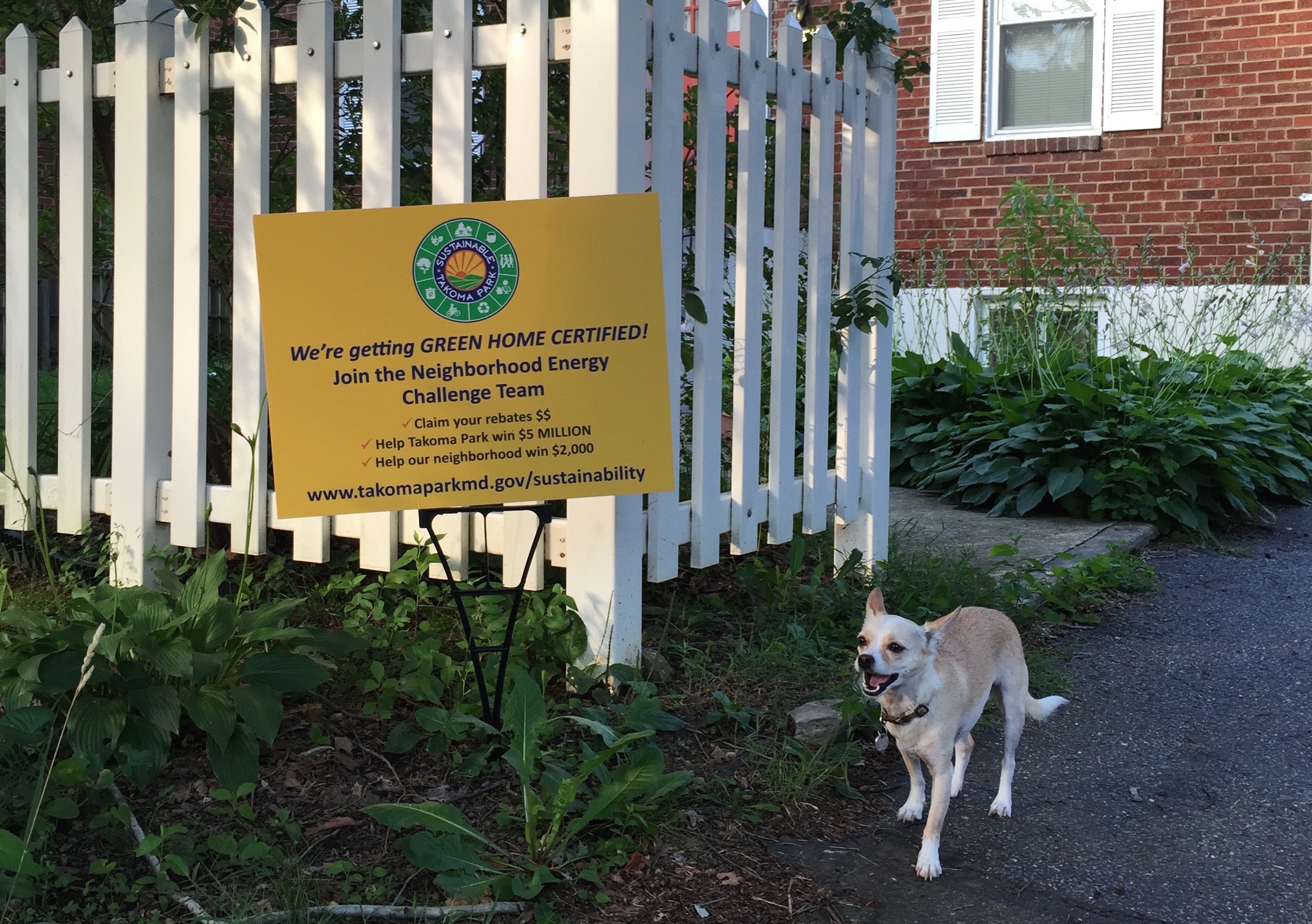 The competitive juices – and the energy upgrades – are flowing in this city’s neighborhoods.

Care to make it interesting?

It’s the refrain that launched a thousand wagers, friendly and otherwise. But more specifically, it speaks to the galvanizing and motivating effect that comes online when an activity crosses the border and becomes a competition.

Energy efficiency, evidently, is no exception. And it’s working to great effect so far for the Takoma Park Neighborhood Energy Challenge, a friendly competition in which Takoma Park neighborhoods work together to green their homes and vie for a cash prize.

“Combining elements of peer pressure, deadlines, and incentives is helping get residents interested and involved,” said Gina Mathias, sustainability manager for the city. “Working with residents closely has helped tremendously to increase engagement. I hear people talking about it around the city, and I’m excited it is catching on.” 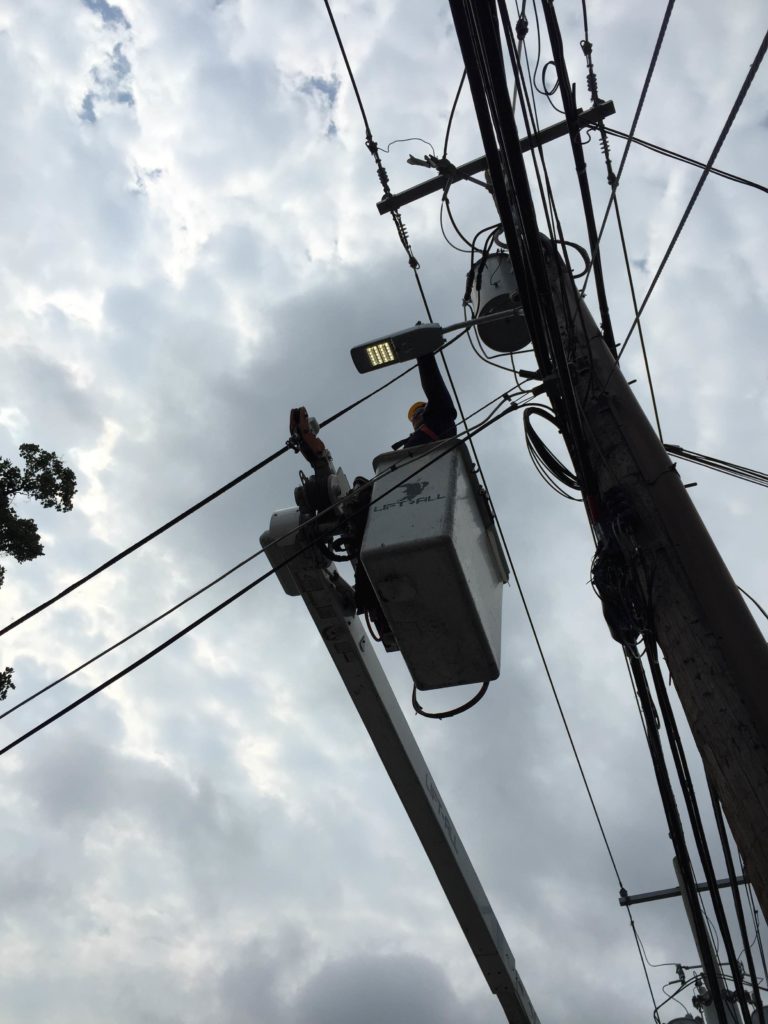 Looking for a win

Started in March 2015 and running until March 2016, the competition offers a $2,000 prize for the winning neighborhood. The challenge arose from the city’s participation in the $5 million Georgetown University Energy Prize, which helped prioritize its efforts to reduce residential and municipal energy use, Mathias said.

If the city wins the prize, Mathias said, they will undertake a project that benefits all of their residents, possibly including a permanent sustainability fund that could be used to help residents and the city itself with various green projects. The city will announce a specific plan if they reach the finals, which will be determined in late 2016.

The winning neighborhood will be the one that ultimately certifies the largest percentage of its households for having undertaken some kind of green upgrade. Those certifications are weighted based on three levels of intensity: light green, medium green, and dark green. Houses certified as “dark green,” for example, have taken major steps such as installing solar panels, and as such receive a higher score than those certified “light green,” focusing on lower-intensity projects like putting in high-efficiency light bulbs.

“There are options that allow renters and owners on any budget to participate,” Mathias said. 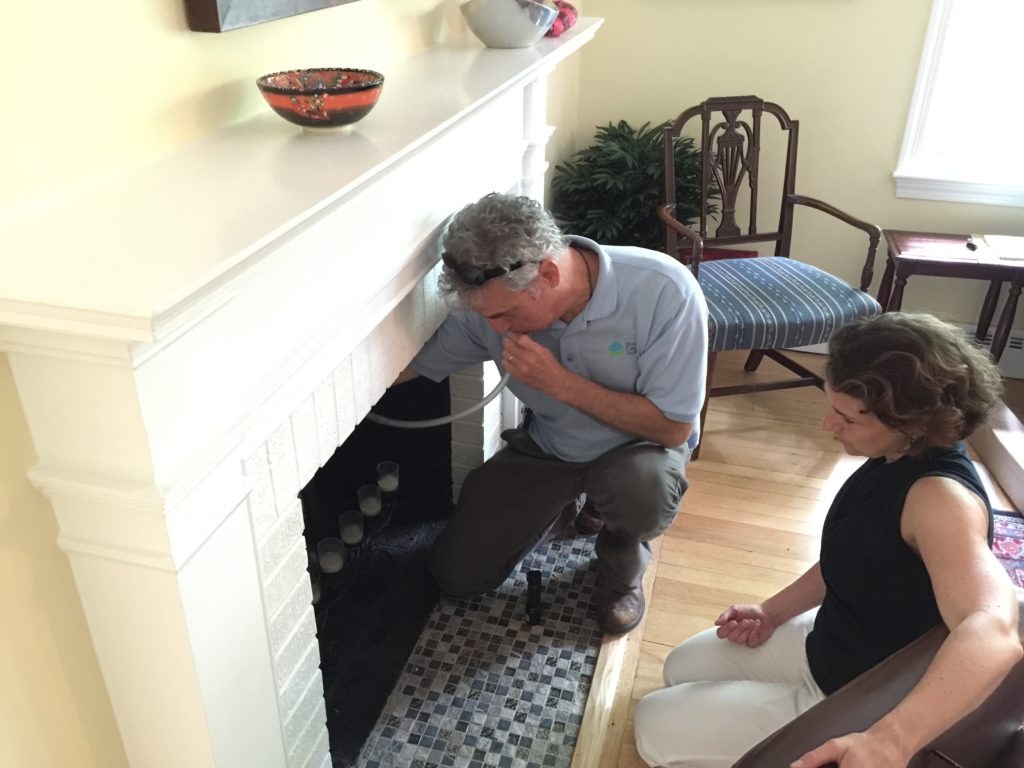 A Takoma Park resident receiving an energy audit on her home.

Sara Gordon, a city resident who lives in a condominium unit and is certified at the “light green” level, said she underwent a free Pepco Quick Home Energy Checkup to find out more about how to save energy, and replaced existing incandescent light bulbs with higher-efficiency CFLs.

“This was all spurred on by this whole challenge and the information that’s being shared,” said Gordon, who initially read about the challenge in the city’s newsletter. “It’s not much effort, [the energy checkup] took half an hour out of my day, and the rest of it is just being conscious about your own actions.”

City officials and residents agree that the challenge has fostered more and better interactions around energy projects, both among neighbors and between residents and the city. Canvassers working on behalf of Takoma Park spread the word about the challenge door to door and at neighborhood meetings, which are themselves increasing as a result of the challenge.

“We’re talking neighbor to neighbor,” said Takoma Park resident Sat Jiwan Khalasa, who is “dark green” certified and helping those around him to adopt their own sustainability enhancements. “It’s mostly in gathering. We’re trying to inspire our neighbors and being coaches to them. We’ve had a couple house party information sessions. We’ve all put messages out on neighborhood listservs.” 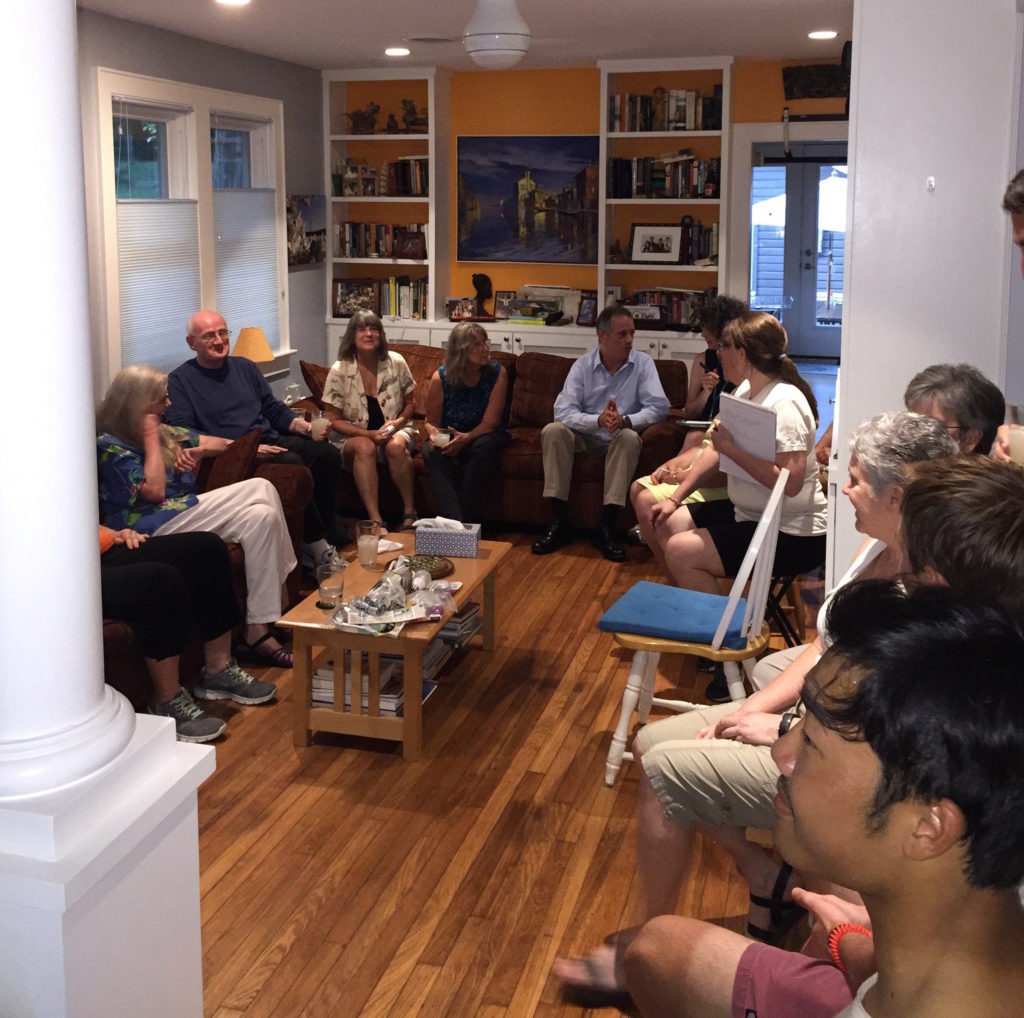 Mathias said the city may conduct similar challenges down the road, working to band neighborhoods together around other sustainability goals like backyard habitat or transportation.

“Checklists for certification need to be flexible,” Mathias advised. “Takoma Park does not have cookie cutter neighborhoods. There are older houses, homes with additions. Many may not be good candidates for solar. Not every checklist item works for everyone…But this is a replicable program.”

For the moment, though, this challenge certainly appears to be making energy efficiency more interesting.

“I do like how it has a collective goal for the city but is also contributing to a prize,” Khalasa said. “I like that little edge of competition.”