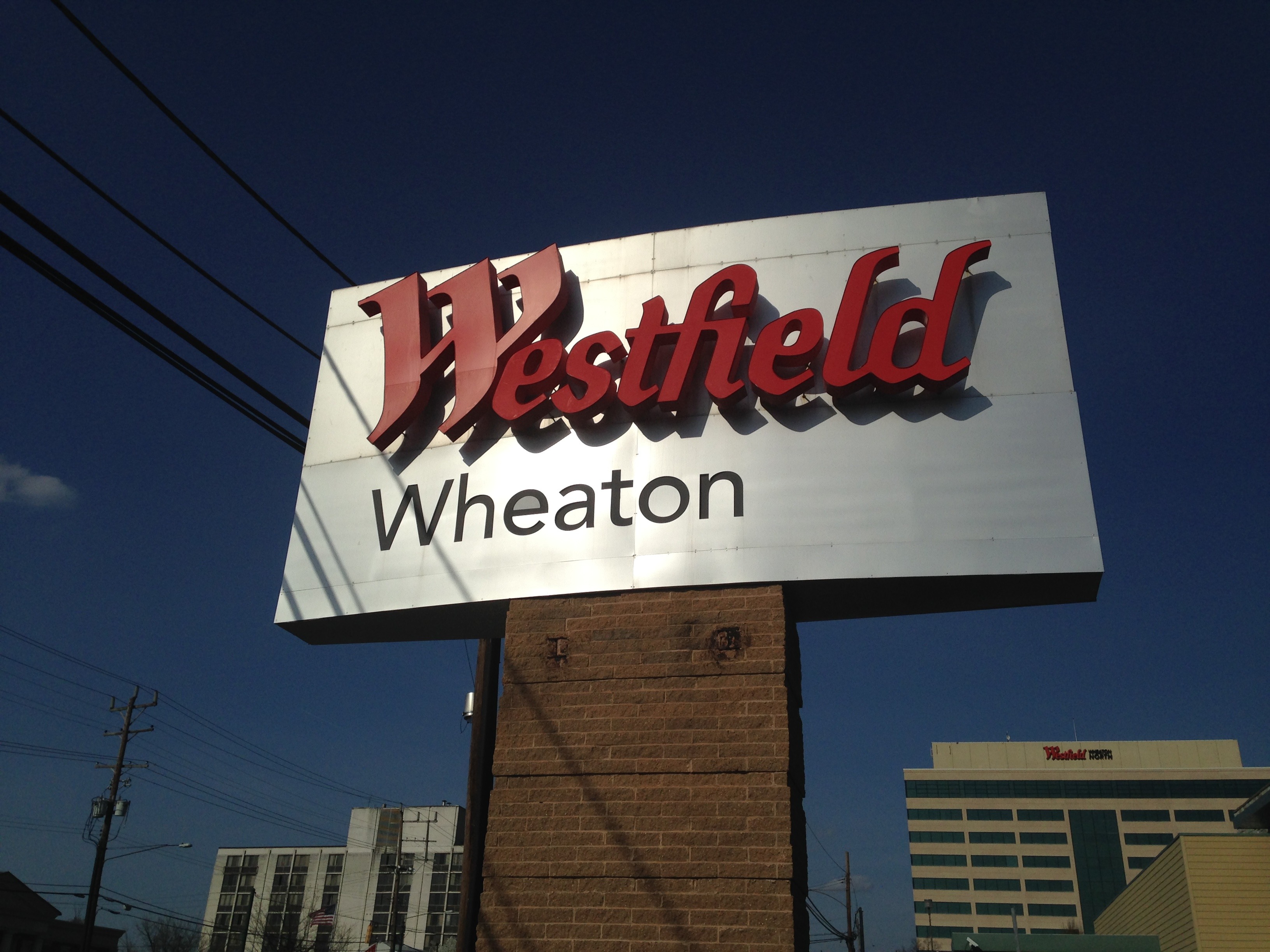 Widespread financial incentives and advancing technologies make lighting upgrades more cost-effective than ever for businesses around the world. But for parking areas, which require large amounts of energy, light bulbs are just the beginning. More than 1,400 new “smart lights” recently installed at the Westfield Wheaton shopping mall are already saving the mall thousands of dollars in energy costs each week.
When businesses ponder high-efficiency lighting, the lights themselves are just the beginning.

LED fixtures are a keystone of any successful lighting upgrade. But they’re not the only factor. Like just about anything with an electrical current these days, light fixtures can be connected on a network and given the intelligence to realize additional efficiency. They can even enhance safety and convenience in the process. 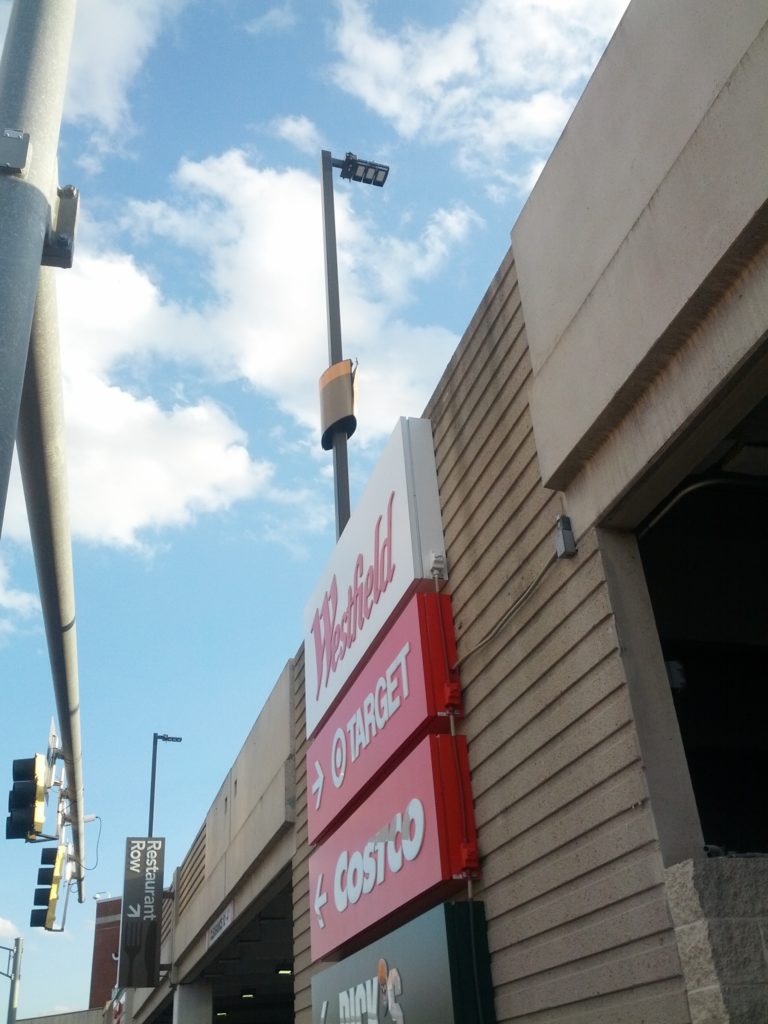 To top if off, lower costs for materials and plentiful financial incentives mean newer, super-efficient lights are more accessible than ever.

“Our lighting was dated. The new lighting is not just about saving energy, and it doesn’t just look good. It’s safer,” said Geoff Mason, general manager of Westfield Wheaton, which just converted its outdoor parking areas to smart lighting. “Westfield has been environmentally friendly for a long time, and there was a concern over energy costs as well…We’re being held up as a good example for the whole company.”

According to Geoff Somerville, a Maryland-based account executive with Sensity Systems, the California firm that handled the conversion, the $1.3 million project will save the 1.6-million-square-foot property $5,000 per week in energy costs.

About 60-70 percent of those savings derive directly from the new fixtures, but the remaining portion comes from smart upgrades.

For example, smart lighting can be easily scheduled to produce less light at less critical times. At Westfield Wheaton, lights will operate at 20 percent capacity between 12-6 a.m. However, smart motion detectors automatically increase light output if a person or vehicle approaches. The lights will then “follow” that person or vehicle through the facility, creating a security-enhancing “bubble of light,” Somerville said. 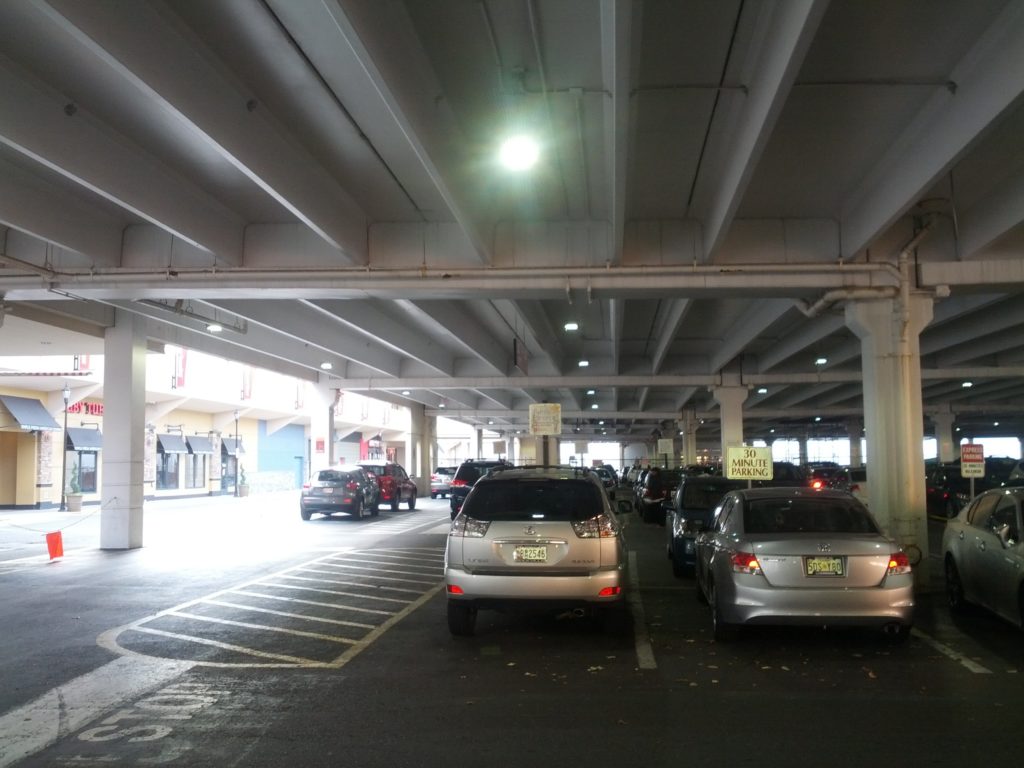 The new fixtures also can perform a function called daylight harnessing, in which lumens automatically raise or lower depending on the brightness of the sun. Smart fixtures also produce and transmit real-time usage data and operating status updates, among other functions. Creating a lighting network makes future enhancements, such as parking sensors, cameras or other tools, much easier to make, Somerville said.

Mason said Sensity had previously completed similar projects for other Westfield properties, and that positive word of mouth from those sources helped Westfield Wheaton leaders make their choice. Westfield Wheaton already had planned extensive renovations, so the timing made sense to add a lighting retrofit to the plans.

Another factor in the timing: the wide availability of rebates and other financial incentives at the federal, state and local levels, as well as from utility companies and nonprofit organizations. Businesses are starting to recognize and capitalize on this opportunity.

“There’s almost no technology that has been adopted this quickly, and that’s including computers and the internet,” said Joel Vincent, Sensity’s senior director of product marketing. “It’s hard to say what’s typical, but there’s usually quite a bit that can be paid for. No one will appear and hand anyone money, but there should be opportunities.” 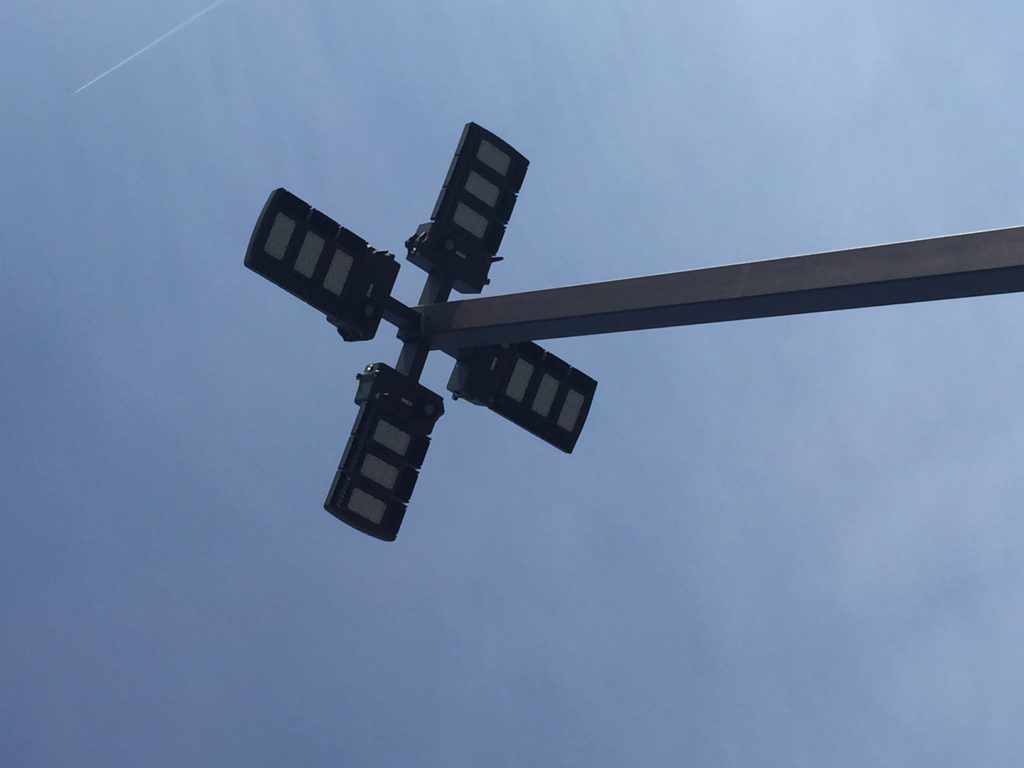 Mason said Westfield Wheaton officials have applied for a $400,000 rebate from Pepco. If that rebate is approved, the new lighting will pay for itself in about two to three years.

While the project, which took about two years to complete, is still too new to produce clear benchmarks, Mason said he plans to report his findings to the Westfield corporate headquarters after a quarter of operations with the new system.

“With so much money being available, there’s a global transition to LED and super-efficient lighting,” Vincent said. “This is a once-in-a-generation chance to save this much money.”