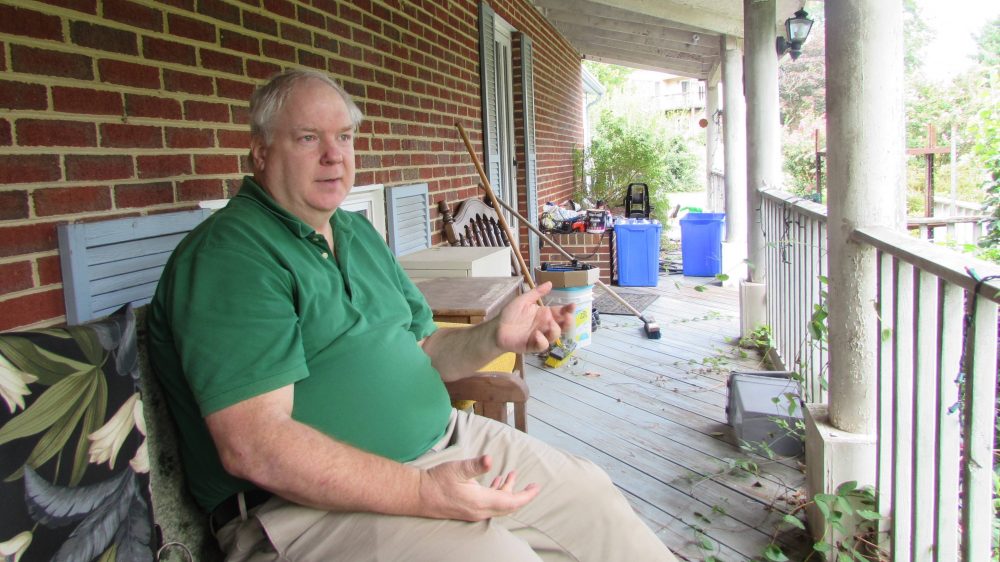 When Tom Ripp began planning his retirement, he didn’t start with stocks or bonds or downsizing. He started with sustainability.

For this 55-year-old Gaithersburg resident, who currently works part-time as a chemical engineer with the Environmental Protection Agency, major energy upgrades made his home more financially and environmentally sustainable. When Ripp sold some stock from a brokerage account to move his house toward carbon neutrality, he viewed it as a retirement investment on par with many others.

“I look at it as capitalism meeting environmentalism,” Ripp said. “For investments, I try to look at things that are good over the long term. What I’m doing is I’m reducing my risk in the stock market, and I’m reducing an ongoing and fairly known expense.”

Although he made several changes around the house, including installing new insulation for better efficiency, the two main upgrades were installing a geothermal system and solar panels on his garage roof.

“It’s like paying up front for heating and cooling and electricity for the next 20 or 30 years,” Ripp said. 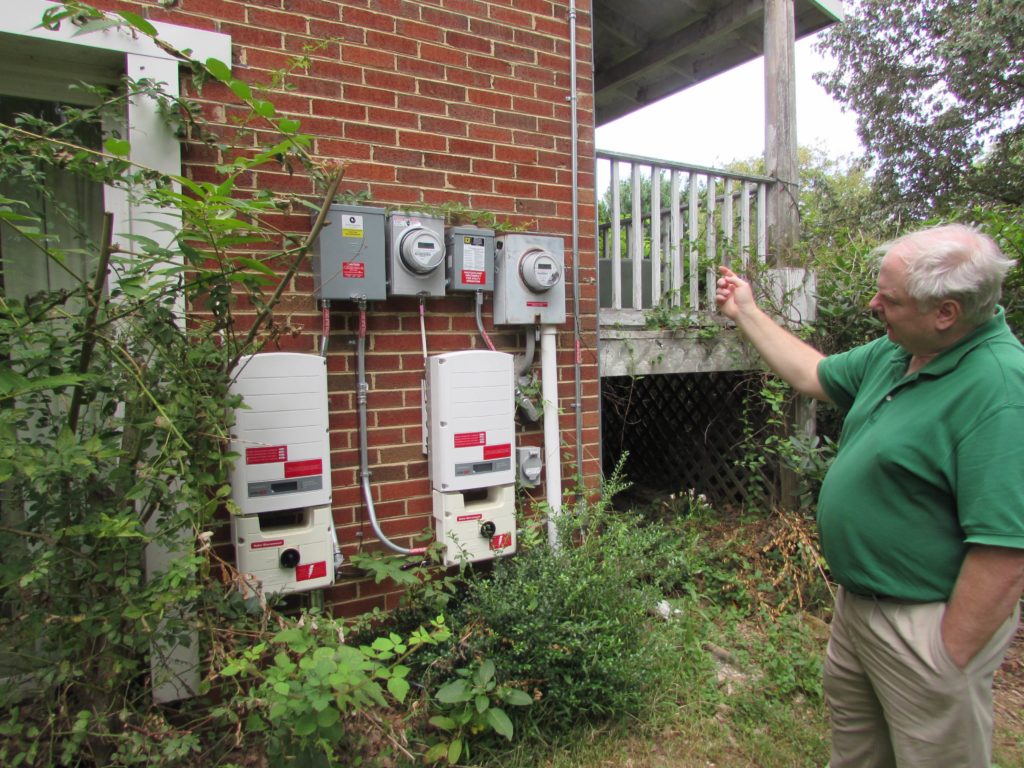 Geothermal has long been one of the most effective—and, at least initially, expensive—sources of renewable energy. According to data from the Union of Concerned Scientists, the amount of heat within about 33,000 feet of Earth’s surface contains 50,000 times more energy than all the oil and natural gas resources in the world.

To create a geothermal well or heat pump, installers may dig 50-400 feet below the surface and use pipes to create a closed loop, or use existing well-water sources to create an open loop. For Ripp’s open-loop system, water from the well enters the house and splits for domestic use and for the interior heat exchange unit, which is similar in size to a conventional furnace. 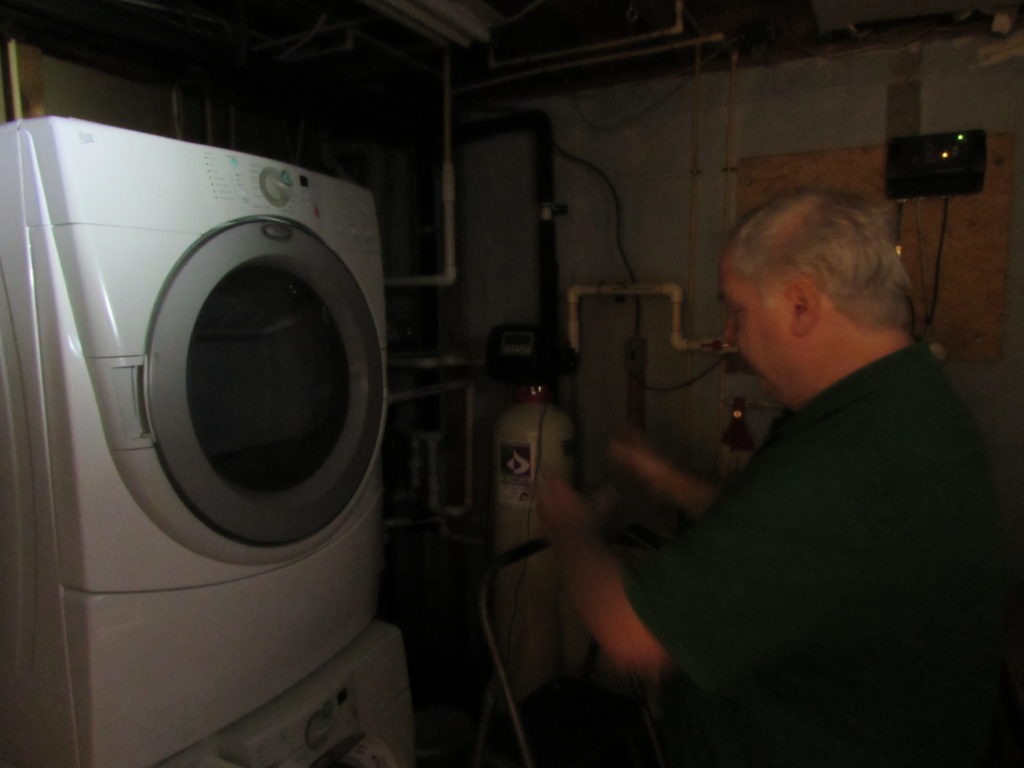 Because that water remains at a constant temperature year-round—typically between 50-60 degrees Fahrenheit—it regulates temperatures inside the house more efficiently than a traditional heat pump and greatly reduces or eliminates the need for traditional heating and cooling systems.

That’s the situation for this homeowner, who said his geothermal system will pay for itself in less than seven years. Although the initial cost for the system was around $27,000, various financial incentives including a 30 percent federal tax credit—set to expire at the end of 2016—and a rebate from his utility company, Potomac Edison, brought the final project total down to roughly $13,000.

The cost of Ripp’s system was somewhat lower than average because of existing infrastructure on his property. Because Ripp gets his water from a well, contractors were able to construct a so-called standing column geothermal system, which uses the well water for heating and cooling as well as the existing hole. They only needed to dig down a little deeper for the heat exchange needs.

Ripp, who used heating oil in his home before installing the three-ton geothermal unit, says the upgrade saves about 500 gallons of heating oil a year.

“I think it’s the most energy-efficient way to heat and cool a house,” Ripp said. “And I’m not combusting anything.”

After installing solar panels on his house and garage, calculating conservatively, Ripp estimated the panels will pay for themselves in about 20 years, but could be as little as 10 years or even less, depending on various market forces. The initial price of the system was $33,500, but after state and federal incentives went down to $22,500.

Although the ROI is a relatively long time in coming, his electricity bill from Potomac Edison in the meantime is down to just a few dollars a month. Over the past year, Ripp said, he purchased a paltry 24 kilowatt hours of electricity from the utility company—that’s less than one day’s worth of electricity.

“It’s at least a 3.5 percent rate of return on the investment,” Ripp said. “And essentially I’ve gone carbon neutral.” 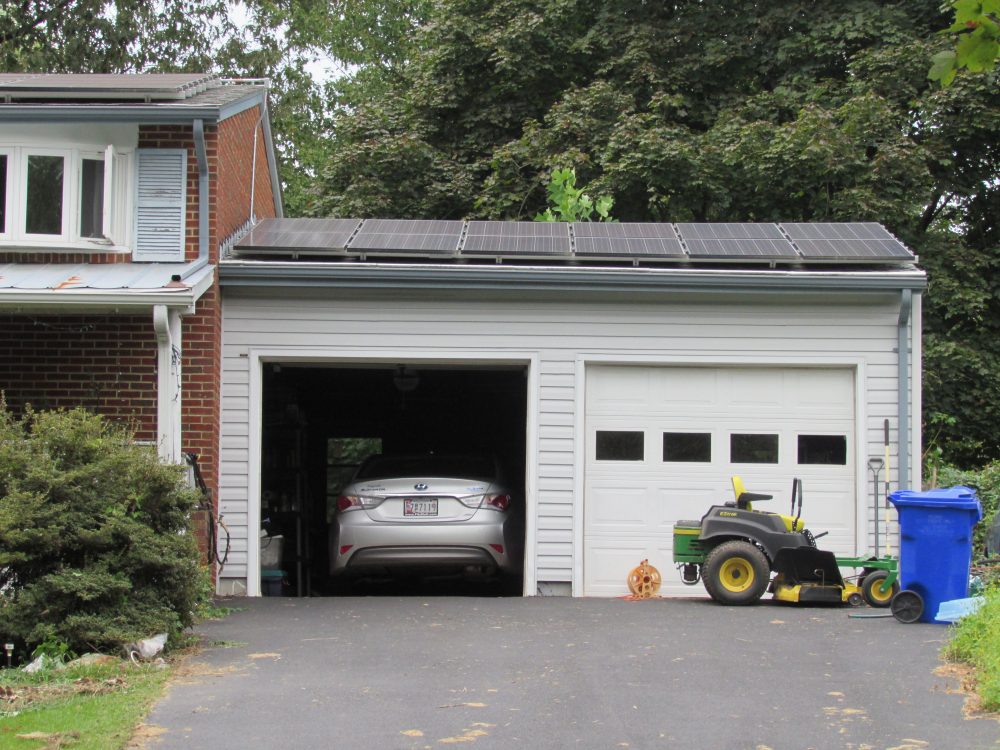 Moving forward, Ripp, who already owns a hybrid vehicle, is hoping to use some of his energy savings to purchase a plug-in electric car. In the meantime, he made his energy savings formal by receiving a Home Energy Rating System index (HERS) score.

Certified HERS inspectors evaluate each home and assign a score ranging from zero to 150, with zero being a truly carbon-neutral home and thus the most desirable score. A lower HERS score means a home is more affordable, comfortable, and energy-efficient compared with higher-scored counterparts. Homes with more favorable HERS rating also can command higher resale prices.

After his efficiency upgrades, Ripp’s home, which was built in 1972, received a score of 18, making it 82 percent more efficient than a new home, which has an average HERS rating of 100.

For Ripp, who plans to depart EPA altogether in the next couple of years, it’s a sign that his retirement is unfolding as planned.

“I put my money where my mouth is. The way I figure it, let’s do what we can,” Ripp said. “Going geothermal and solar is a way to profit from the resources on your own property, it is socially responsible, and it helps the state of Maryland meet its environmental goals. It’s a win-win-win.”

By Scott Harris. Scott is a freelance writer who lives in Montgomery County and covers the environment and other topics. He may be reached at scottharriswriter@gmail.com.