DEP’s Energy Intern Miles Braxton dives into the nuts and bolts about how solar photovoltaic (PV) panels collect energy from the sun and convert it to electricity.

Renewable energy has been gaining traction in recent years because more and more people are seeing the environmental impacts of using fossil fuels like coal and natural gas. Burning fossil fuels to produce energy can produce hazardous byproducts, such as carbon dioxide (CO2) gas, nitrogen oxides, sulfur dioxide, soot, ash, and mercury. These waste gases get trapped in the atmosphere and contribute to the greenhouse effect, and in turn, anthropogenic climate change (or global warming).

Also, with increasing energy prices and ability to generate energy during power outages, renewable solar energy is becoming popular in Montgomery County and across the nation. Before deciding whether solar is right for your home or business, let’s take a look at how solar panel technology works, the benefits of solar energy, and where the solar market is headed.

Why is solar energy great for the environment? 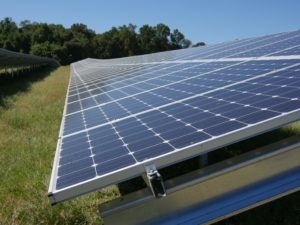 It’s already relatively affordable and easy to install on your home or business, but once we fully harness the sun’s energy it will be a stronger power source as well. Scientists and engineers are now researching different ways to increase the efficiency (radiation conversion percentage) of solar cells.

How do solar panels generate electricity?

Consumers are interested in solar panels and the rise of solar technology, but may not know the science behind converting solar radiation into electricity. There are several types of solar cells, each with a similar operating process, but constructed using different chemical compounds and materials.

The most commonly used type of solar technology in the solar panel industry is monocrystalline silicon.

Just as monologue means a long speech by one person, monocrystalline simply means one crystal. In this type of atomic structure, characterized by one continuous crystal of silicon, electrons flow more efficiently through the cell because atoms line up in consistent rows and columns.

Above are the atomic models of crystalline structures. Monocrystalline has a higher solar energy conversion rate (efficiency) than polycrystalline because the atoms are compact.

Going a layer deeper into how it all works

There are two different layers in a monocrystalline silicon solar cell: N-Type silicon and P-Type silicon. When a photon hits an atom in the N-Type layer, it knocks an electron down to the P-Type layer which is accepting of the negative charge from the electron. When a wire, or conductor of some sort, is placed between the two layers, the electrons moving to the P-Type layer can now travel back to the N-type layer. This flow of electrons, excited by photons, creates electricity.

Diagram of a solar panel, including the N-Type layer and P-Type layer. (SolarPowerBeginner.com)

During this process, the electricity from converted sunlight goes directly into an inverter to transform the voltage from Direct Current (DC) to Alternating Current (AC).  Our household electronics cannot use DC power so the DC needs to be converted to AC.  Once transformed to AC, the electricity is ready to be used by your TV, refrigerator, or cell phone—or can be fed into a battery for storage.

For more information and diagrams on how solar cells work, check out the solar energy resources offered by the Department of Energy and the Environmental Protection Agency.

Check out this video from the Department of Energy on Solar PV technology:

The solar industry is developing and expanding each day in laboratories across the world. Thin-film solar panels are a new technology that is increasing in popularity. These thin films do not need thick silicon wafers to convert sunlight into electricity; their thickness is about a nanometer thick. Solar customers and enthusiasts are using these as roof shingles as a brand-new alternative to the big silicon panels that we’re used to seeing on rooftops. 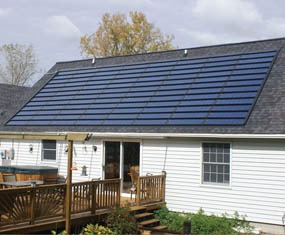 Thin-film technology embedded in the Solar Shingles (manufactured by CertainTeed).

At the University of Virginia, I have been fortunate to work with Dr. Mool Gupta in 2015 and the Department of Electrical Engineering to do some interesting research on solar cell materials. There is a mineral structure called perovskite which has recently been on the rise in the solar industry and laboratory research.

In 2009, thin-film perovskite cells had an efficiency of 3.8 percent. As of March of 2016, scientists and engineers from Korea University of Science and Technology have discovered a method in which the cells convert 22.1 percent of solar radiation into electricity. Perovskite structured materials have a very great potential in the industry because they are very easy to recreate and inexpensive to mass produce. 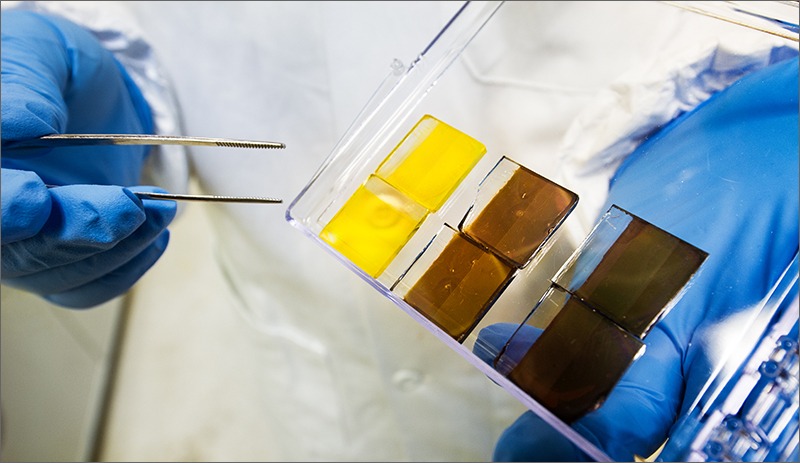 Solar technology is becoming the energy of the future because it is rapidly expanding and becoming more inexpensive to produce. Based off of the current trend in solar cell efficiency, it will be able to supply our energy needs in the decades to come. As solar panels become more efficient and commercially available, solar technology could be available and affordable for every home in the United States.

What’s next for solar energy in Montgomery County?

To lower the rate of emissions of greenhouse gases and particulates into the atmosphere, solar technology is going to need higher efficiencies, but also more customers. We can make that happen here in Montgomery County with solar co-ops, where a group of homeowners use their combined bulk buying power to save on the total cost of going solar. Residents can sign up for the County’s solar co-op before September 30, 2016 to join. 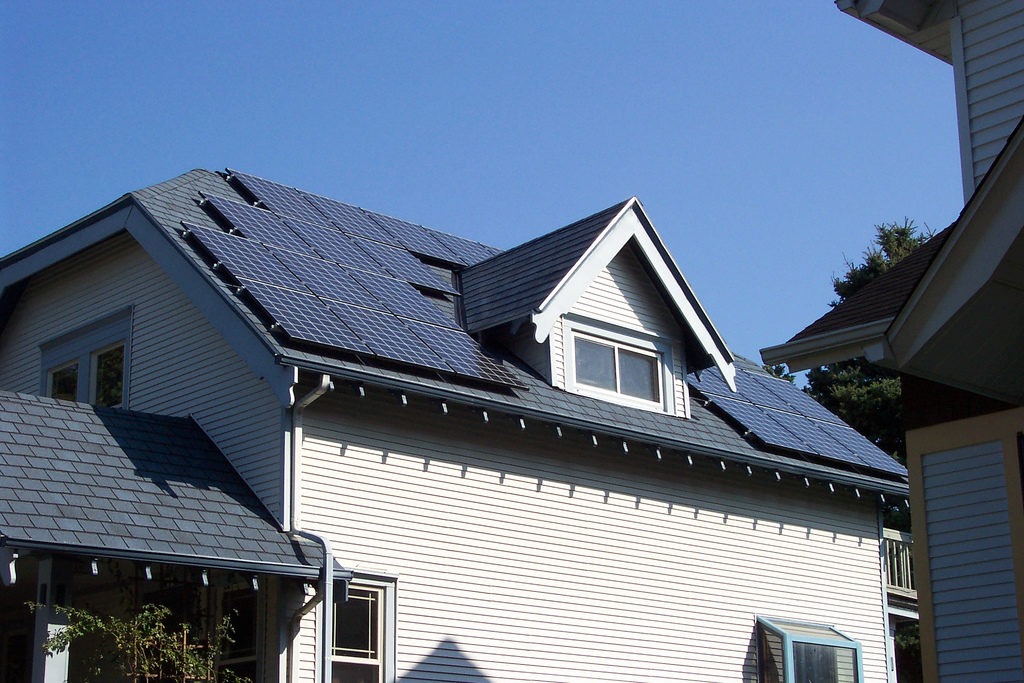 The state of Maryland also passed community solar regulations in June 2016, so more people can go solar in the near future. Community solar (or virtual net metering) allows residents who are renters, have shaded roofs, or cannot install solar panels for other reasons to subscribe to a solar garden and get credit for the renewable energy generation on their utility bill.

Miles Q. Braxton is an Environmental Science major concentrating in renewable energy at the University of Virginia. He will be graduating in the spring of 2018. He is currently an Energy Intern at the Montgomery County Department of Environmental Protection.