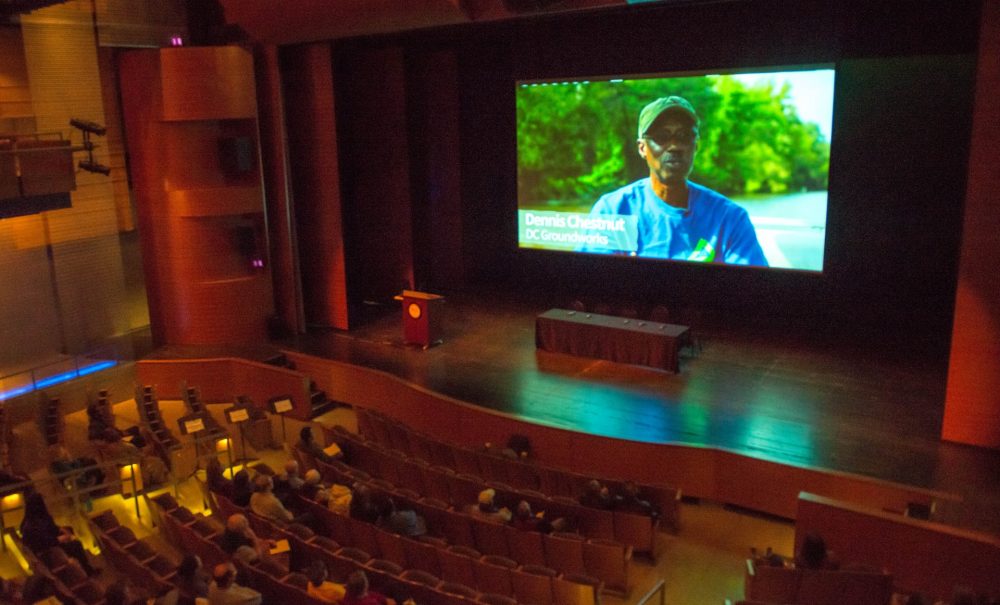 The 2017 Environmental Film Festival in the Nation’s Capital (DCEFF) might be over, but that doesn’t mean you missed out on your chance to see great nature and wildlife documentaries. In fact, as part of Earth Month, DEP is partnering with DCEFF to host documentary screenings at both BlackRock Center for the Arts and the Montgomery County GreenFest.

Hometown Habitat is an educational documentary focused on showing how and why native plants are critical to the survival and vitality of local ecosystems. The film features renowned entomologist Dr. Douglas Tallamy, whose research, books and lectures on the use of non-native plants in landscaping, sound the alarm about habitat and species loss. Inspiring stories of community commitment to conservation landscaping show how humans and nature can co-exist with mutual benefits.

Following the screening of the film, director and producer Catherine Zimmerman will be on hand to answer questions from the audience.  The discussion will be facilitated by DEP Director Lisa Feldt.  The screening, which is free and open to the public, is presented in partnership by the BlackRock Center for the Arts, DCEFF, DEP and the Montgomery Countryside Alliance.

“We recognize the power of the arts to raise awareness about important social issues such as conservation and environmental stewardship,” said BlackRock Executive Director, Krista Bradley.  “Film facilitates a heightened understanding and emotional connection to a subject and is a great narrative vehicle. We are proud to include this screening in our documentary film series to help highlight some of today’s environmental challenges.”

DCEFF is partnering with GreenFest for the third year in a row to screen documentaries. This year, the focus will be on short films, less than 30 minutes in length.  Screenings of the short films start at 1 p.m. and will include popular documentaries highlighted during the 2017 Environmental Film Festival, including Fix and Release and The Nature of Maps. To see trailers for these films, click here.

Maryanne Culpepper, the Director the DCEFF said, “The Environmental Film Festival in the Nation’s Capital is the largest festival of its kind in the United States. While we work to advance public understanding of the environment nationally, we never forget that the festival is hosted, and supported by, those living in the DC region. That is why we are so excited to bring Hometown Habitat to BlackRock and once again partner with the Montgomery County GreenFest.  It is our way of saying thank you to the local community who comes out each year to our festival.”

Montgomery County GreenFest, which includes exhibitors and vendors, workshops, music, kids activities, food trucks and an electric vehicle and car show. The full schedule of documentaries will be announced in April at montgomerycountygreenfest.org.