Energy and net-zero projects at United Therapeutics in Silver Spring

In 1994, Dr. Martine Rothblatt’s young daughter was diagnosed with pulmonary arterial hypertension (PAH), a rare and progressive lung disorder that affects 15 to 50 of every million people. Since there were no commercially available treatments, Dr. Rothblatt started the biotechnology company United Therapeutics in 1996 to help save her daughter’s life.

Today, the company is a $6 billion publicly traded company that has four FDA-approved drugs to treat PAH, helping to improve the quality of life for thousands of people and employing about 175 people in Montgomery County.

“This company exists to save lives,” United Therapeutics Associate Director for Corporate Real Estate Thomas Kaufman, said. “The genesis of the company was about saving one life and now it’s about saving hundreds of thousands of lives.” 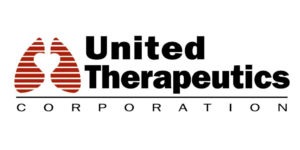 Over the years, the company’s Silver Spring campus has expanded from a single building into a 200,000-sq. ft. facility. But, in keeping with the company’s mission of saving lives, that growth has been designed with the health of the planet in mind as per the insistence of the company chairman and CEO, Dr. Rothblatt.

“[Dr. Rothblatt] told us that our mission is to save lives and we have no right to do that at the expense of the environment,” Kaufman said. 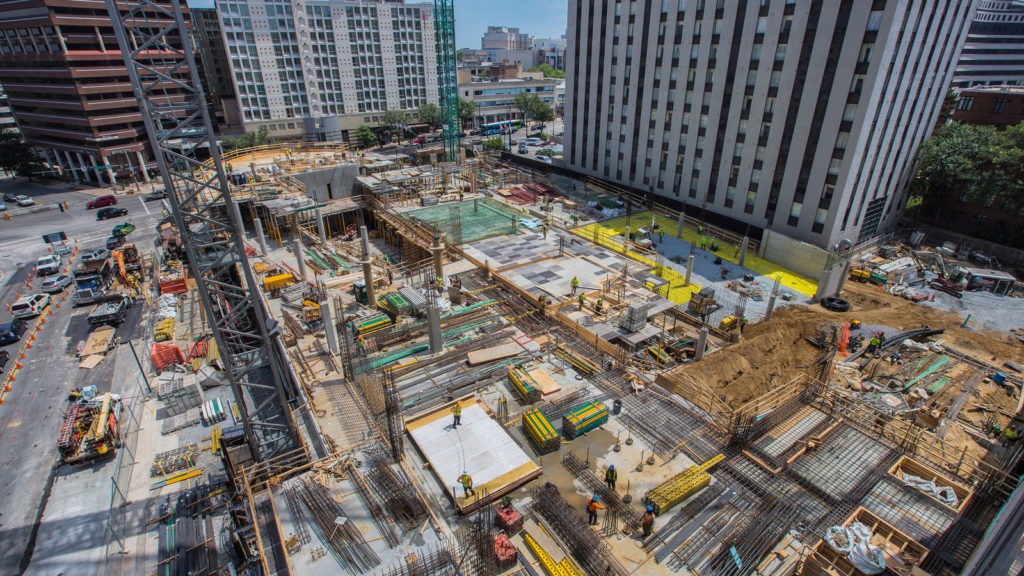 To that end, the company has vowed to create a net-zero building – one that has an annual energy consumption roughly equal to the amount of renewable energy it creates on site.

Using a geothermal system with 52 separate 500-ft. deep wells to circulate liquid that helps heat and cool the building, the net-zero project also has solar arrays to produce electricity. There is one large solar array on the roof and another integrated into the southeastern façade of the building which was designed to maximize space and solar production. 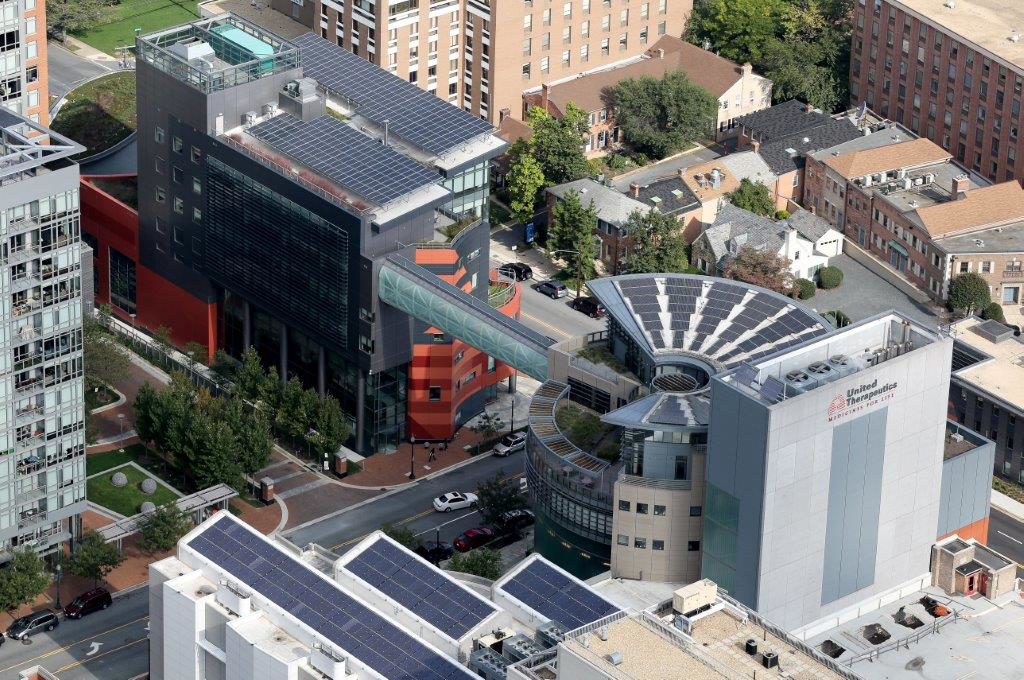 When designing the property, engineers and architects determined the solar irradiance – how much sunlight hits the property – and designed the building around it. This creative solution takes into account the shade from neighboring high rises that properties surrounded by tall buildings inherently get.

The energy model shows that the solar arrays will generate one megawatt of power, Kaufman said, and when the project is complete in Summer 2018, United Therapeutics Company will have the largest net-zero commercial facility in the United States.

Phase I of the company’s campus was completed in 2006 when energy-efficient advances like LED lighting were available, but extremely costly. Then in 2015, the buildings were retrofitted with LED lights and local occupancy sensors – which include carbon dioxide and motion sensors to detect if rooms are occupied, as well as daylight sensors to dim the lights if there is already enough natural light – to further reduce its environmental footprint.

“If we can show our CEO that an improvement of any kind will reduce the carbon impact, sometimes that will be a stronger impact than just the savings,” Kaufman said.

United Therapeutics has also completed building energy benchmarking, a new Montgomery County requirement for all commercial buildings to help establish a baseline of consumption that can be used to establish a track for improvement.

“We’re about savings lives and we’re about doing that without impacting the environment,” Kaufman said.

For more about United Therapeutics Corporation’s commitment to environmentalism, log onto www.unither.com/company-philanthropy.html

The creative team of Kimberly Hodges, Antoinette Charles-Aqui, and Felicia Hodges work together to cover a variety of environmental, community and public service events throughout the Capital region.