How does the largest school district in Maryland reduce its environmental impact and associated costs across 134 elementary schools, 40 middle schools, 26 high schools (including one for career and technology), an alternative program, and five special program centers for its 163,123 students?

The answer, Montgomery County Public Schools (MCPS) found, was just beyond the clouds.

According to the district’s Energy Program Manager Shela Plank, MCPS is one of the leading hosts of net-metered, solar power purchase agreements in the state.

Which translates to saved funds for MCPS. Plank says that during a June afternoon, the roof-mounted solar panels on a school can supply between 20 to 50 percent of the building’s energy needs. As a result, MCPS saved around $325,500 in 2017. 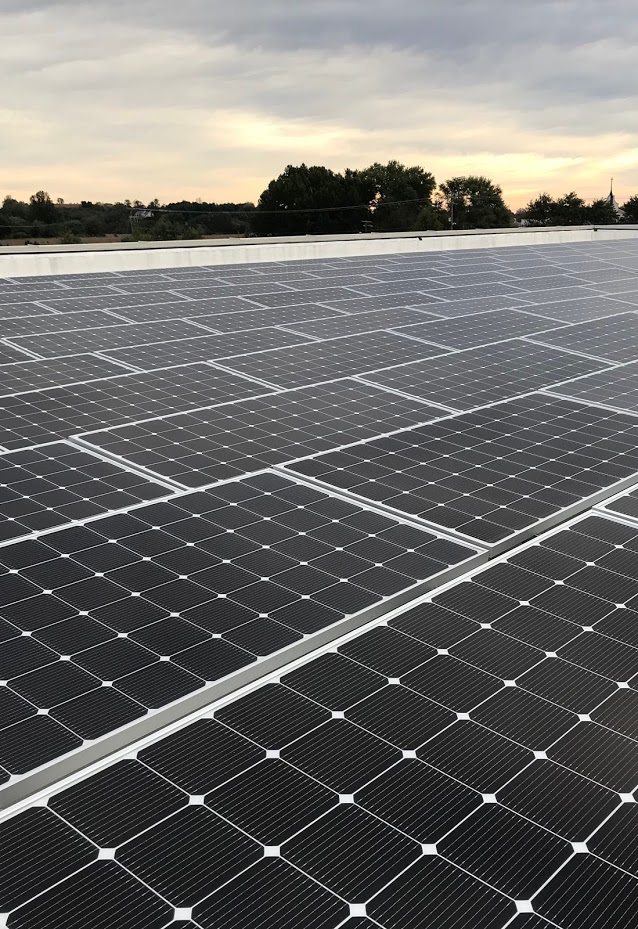 With the move to go solar, the school system needed to first decide which facilities would get solar – or photovoltaic (PV) – systems and how those systems would be maintained.

According to Plank, MCPS Department of Facilities Management negotiated power purchase agreements (PPAs) that allow it to host the operation of PV systems on sites at no cost to the school district.

“A solar developer installs, owns, and maintains the solar array and sells power at a reduced rate directly to MCPS,” Plank said.

The age of the building roofs, amount of roof shading, orientation of the buildings and financial unit costs were the major criteria used to select which schools received PV systems, she added.

Both old and newer buildings are part of MCPS’ solar program. For example, Albert Einstein High School in Kensington is a 276,000+ sq. ft. building that was originally constructed in 1962 and revitalized in 1997. It houses 1,762 students and its PV system is currently under construction.

On the other end of the spectrum is Hallie Wells Middle School in Clarksburg, which was built in 2016. The 150,089 sq. ft. facility is home to 792 students and, like Albert Einstein High School, its PV system is expected to be online and operating by the end of December 2018.

Many of the MCPS are also used for community programs like basketball leagues, Girl Scouts, religious school events, and more. Plank estimates that 60 to 75 percent of the district’s schools are open during evenings and weekends, which makes energy savings even more important.

While there are no current plans for additional MCPS solar projects at this time, Plank said they continue to look for opportunities as facilities are constructed or modified. 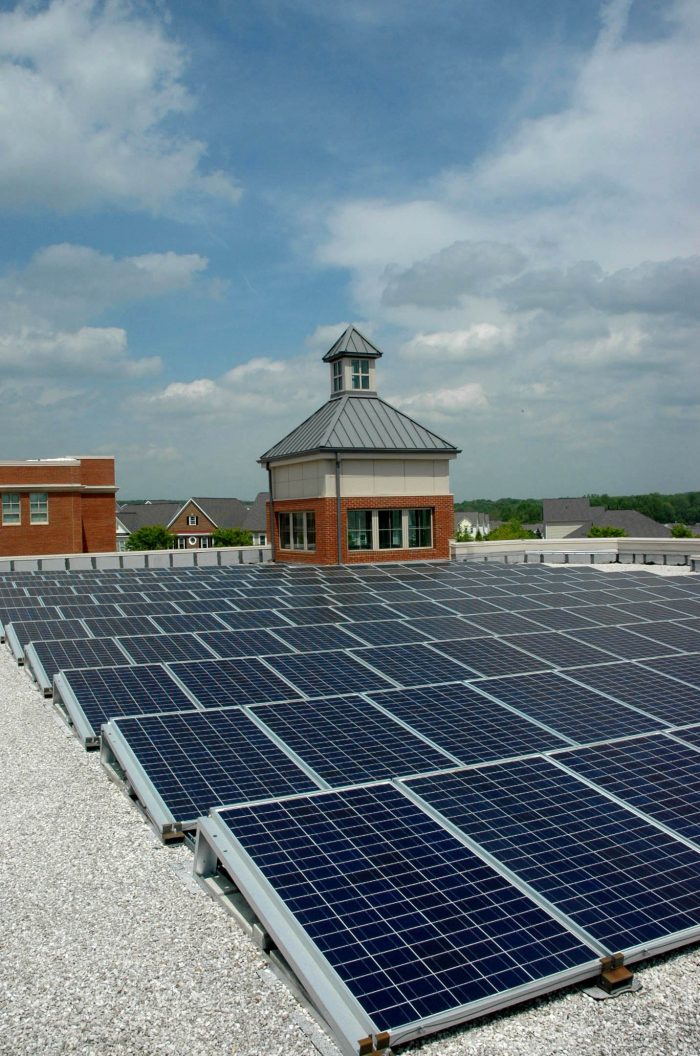 Plank said that since 2003, MCPS’ sustainability efforts have resulted in a cumulative greenhouse gas (GHG) emissions reduction of nearly 725,000 metric tons of carbon dioxide equivalent (MTCO2e) – the measure used to compare the emissions from different greenhouse gases based on their global warming potential. In 2017, electricity used by the buildings was about 64 percent of the total GHG emissions while natural gas use was close to 14 percent.

“The use of electricity to power and maintain comfort in our schools and supporting facilities and the use of fleet fuel continues to be the priorities in reducing GHG emissions at MCPS,” Plank added.

All of the MCPS’ green efforts seem to be working well, and many outside of the district are taking notice.

Since the 2011-2012 school year, nine of its schools have been U.S. Department of Education National Green Ribbon Schools award recipients, recognized for reducing environmental impact and costs, improve the health and wellness of schools, students, and staff, and provide effective environmental and sustainable education.

The Maryland Green Schools Awards Program is a nationally recognized program sponsored by the Association for Environmental and Outdoor Education (MAEOE) that allows schools and their communities to evaluate their efforts in environmental sustainability. 85 MCPS schools – more than 40 percent of the entire district – have been recognized for earning and maintaining Green Schools status. MCPS has set a goal of 65 percent by 2024.

By Kimberly Hodges and Felicia Hodges