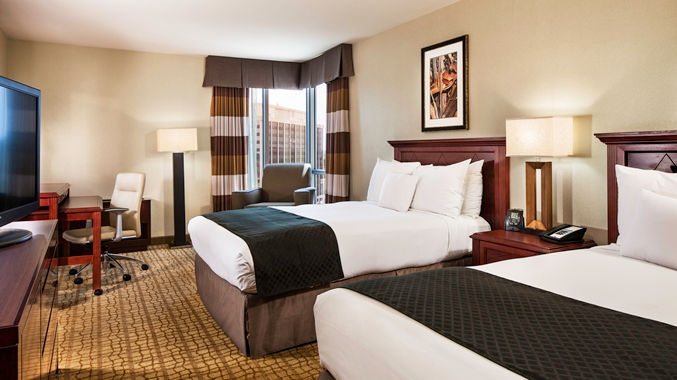 A focus on upgrades and infrastructure enhancements helped one hotel morph from a high-energy consumer to an efficient energy user in no time flat.

Eighteen months after its acquisition by TBC, electricity costs are down $40,000, natural gas costs have fallen $11,000 and water and sewer expenses have dropped $7,000. How did they do it?

First, the company, which prides itself on its commitment to conducting business in an environmentally responsible and sustainable manner, decided where they wanted to begin.

“From a project analysis standpoint, we first look at eligible rebates and factor that into our ROI and payback time analysis,” TBC Hotels Asset Manager Alec Sherman said. “The hotel was built in 1971, and upon takeover, we realized a number of efforts could be undertaken to reduce and conserve energy.”

An energy audit done in 2011 by the hotel’s previous owners helped TBC build a game plan. They targeted energy and water efficiency projects such as:

“Our PTAC project was eligible for PEPCO electricity incentives offered through the EmPOWER Maryland Program,” said Sherman, adding that an additional 20 units will be replaced this year. “With the combined 231 ordered, we are looking at approximately $18,000 in rebates.”

TBC also installed LED lights into existing fixtures in the building’s three-story, 146-space parking garage. The cost conversion, Sherman said, was $20,900. With an anticipated payback of 1.26 years, the estimated savings are around $12,000 per year or $60,000 over a five-year period.

The total infrastructure enhancements at the DoubleTree Bethesda cost about $1.4M.

Maryland is a deregulated energy state, which means you can choose your electricity and natural gas suppliers. TBC used that energy choice option to save on their utility bills.

SOL VISTA, a Montgomery-County-based company that offers solutions to help increase the energy and water efficiency of commercial buildings, handled the 2011 energy audit. They also helped TBC contract a 24-month gas agreement at a much better rate than the hotel had previously been contracted at, which is a big reason for the lower natural gas costs. SOL VISTA also manages the hotel’s annual benchmarking compliance submissions to Montgomery County, and provides ongoing utility monitoring to address any issues that arise.

Adding to the savings is the annual rebate they receive from NRG, a demand-response program that pays companies for reducing electricity during electrical grid peak demand periods.

Future projects on the horizon include upgrading to a dual pump constant pressure water pump to reduce temperature fluctuation by allowing the balance of cold and hot pressure in the building but cycling only when needed – unlike the 24/7 system currently in place. Renovations to the hotel’s public areas and guest rooms are also planned for late November of this year and are expected to be completed by March 2019.

“We are dedicated to business strategies that continually improve our use of natural resources, minimize waste, conserve energy and water, and protect air quality,” Sherman said. “[We] will continue to implement policies that improve the environment of our buildings in order to positively impact our associates, guests, tenants, and surrounding community.”

By Kim Hodges and Felicia Hodges.