The year was 1984, and Damascus, like much of the County was in the midst of a growth spurt. As new residential and commercial buildings in and around the Town Center were being constructed, the County realized that there was a need to control the stormwater runoff and pollution created by all the new development. In response, the Valley Park Pond was built.

The pond is referred to as a regional pond because it manages stormwater runoff from a large area, a total of 227 acres, 74 acres (32%) of which consists of impervious surfaces, such as roads, rooftops and parking lots. The pond sits on Magruder Branch, the northernmost tributary of Great Seneca Creek. It was originally designed to capture the intense, uncontrolled flows coming from Damascus and release them into Magruder Branch at a slower rate. It also had a small, permanent wet pool. However, by today’s standards, the pond was not providing nearly enough water quality treatment or doing enough to protect Magruder Branch from damage caused by the most frequently-occurring storms.

And then 30 years passed.

Over the course of the past three decades, sediment build-up in the pond reduced its water storage capacity and decreased the pond’s ability to protect waterways.  Uncontrolled runoff upstream has led to stream erosion and sediment deposition.  Additionally, the riser structure, which regulates the water level and the rate of water flow from the pond, was outdated and in poor condition.  Even the pond drain valve was completely rusted shut, making it inoperable. 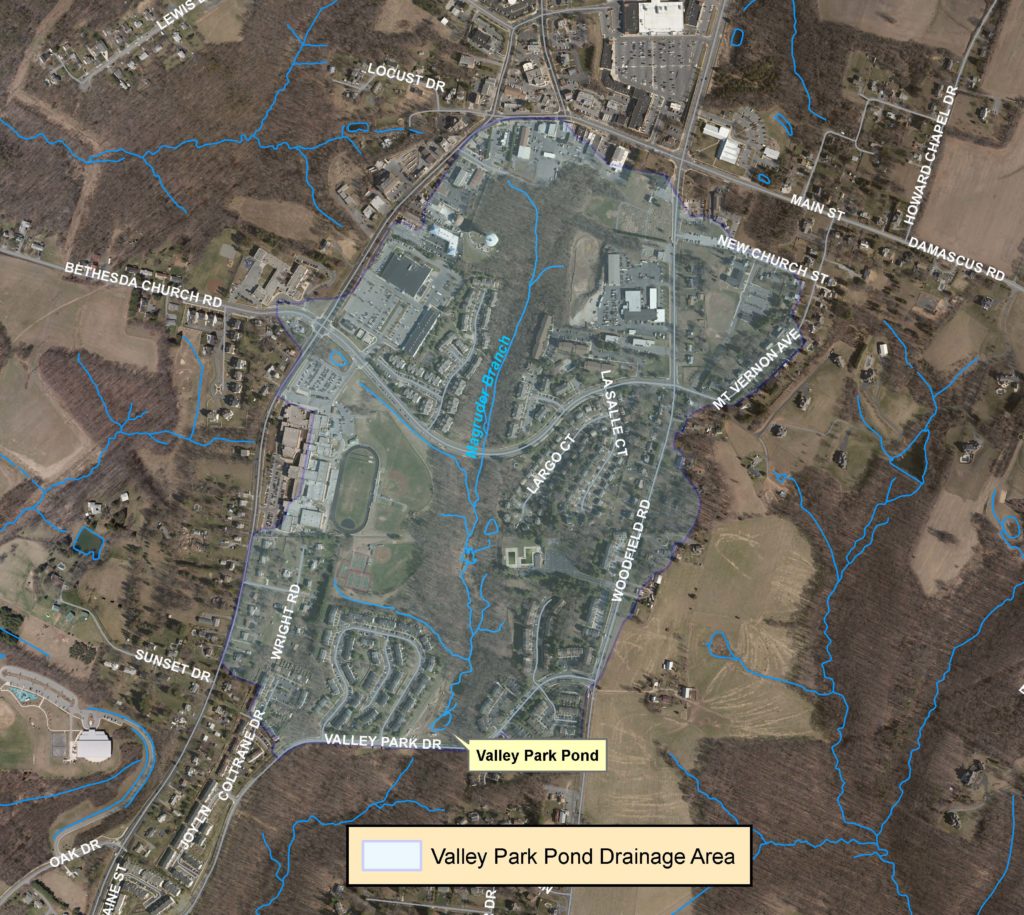 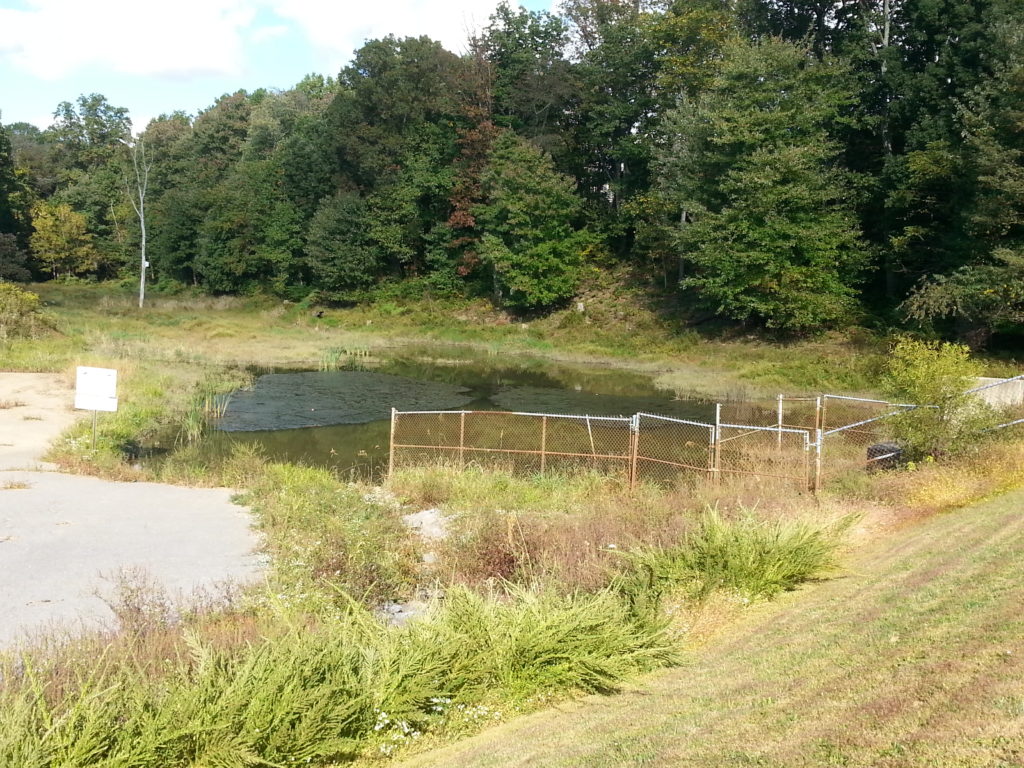 Valley Park Pond: Before Improvements: Pond area is reduced to approximately 1/3 of its original size due to sediment deposition, which reduced the water storage capacity. 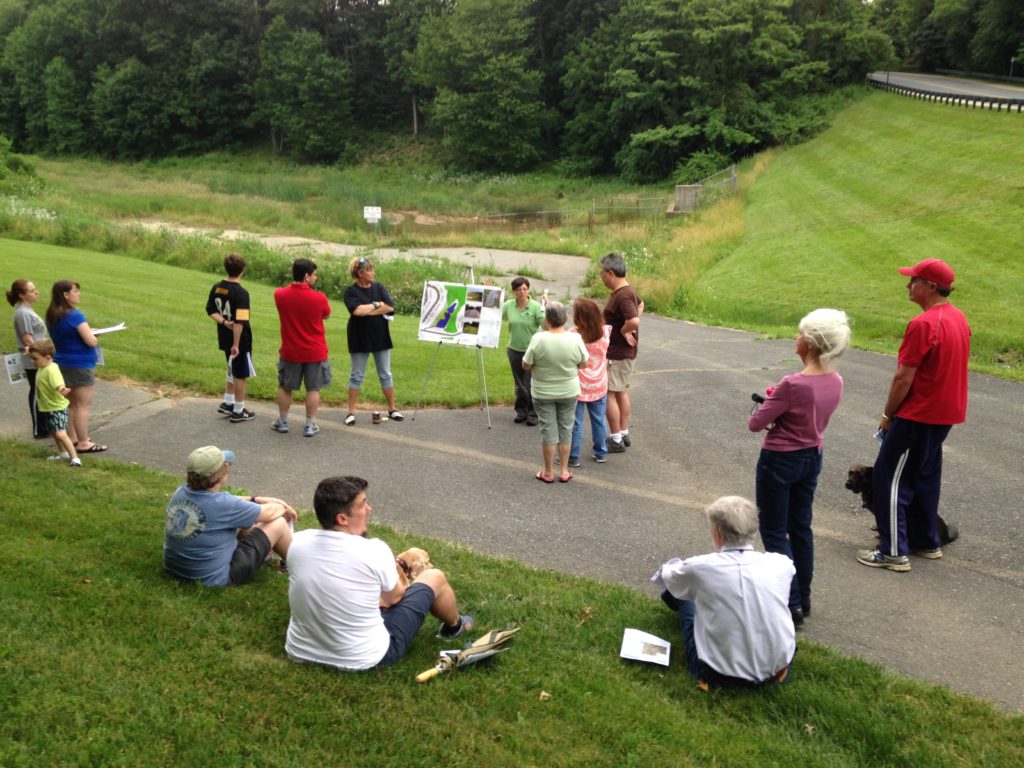 Public Meeting: DEP staff meet with residents to explain the project and address their questions and concerns. 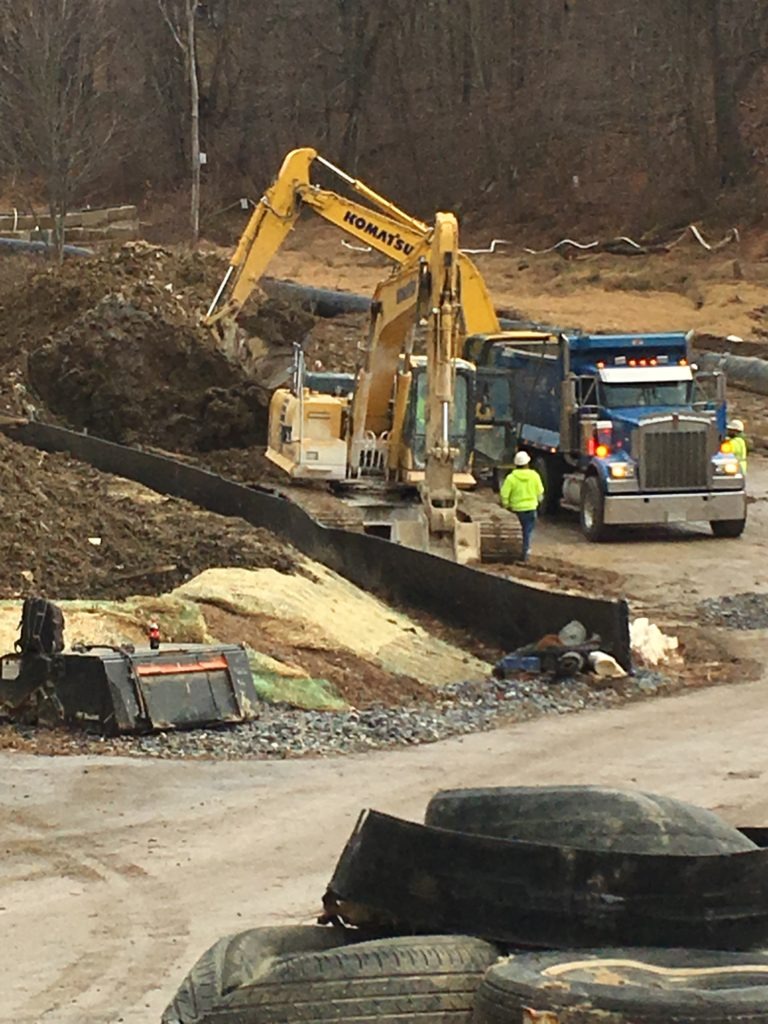 Sediment Removal: 3,177 cubic yards of sediment were removed which is equivalent to approximately 265 dump truck loads! The black pipe in the background was used to divert clean stream flow through the work area. 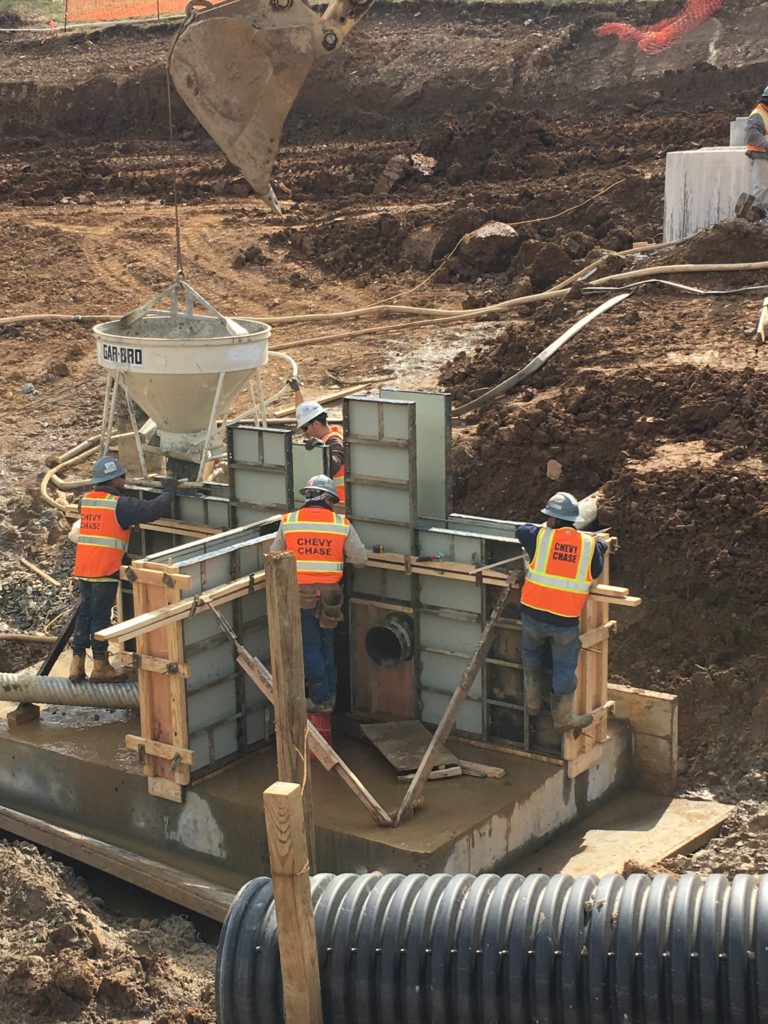 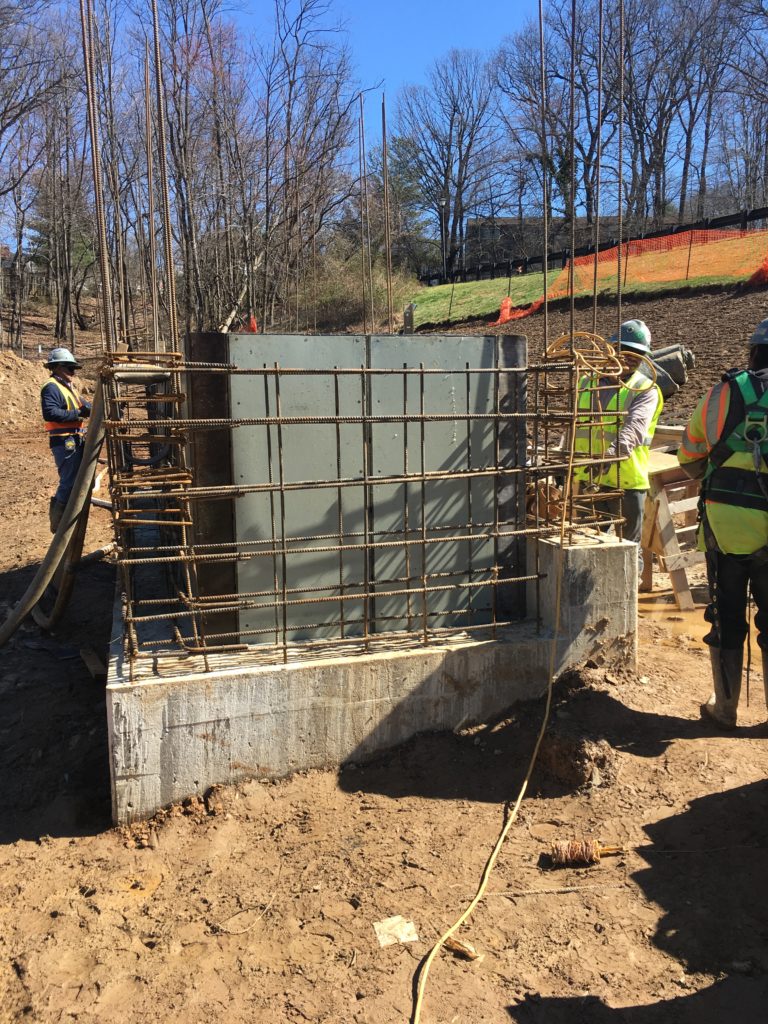 Riser Improvements: Workers install rebar and forms for riser expansion. The riser structure was rebuilt so the pond meets all County and State dam safety and performance standards, such as releasing water at a slower rate after storms for added protection against stream channel erosion downstream in Magruder Branch. 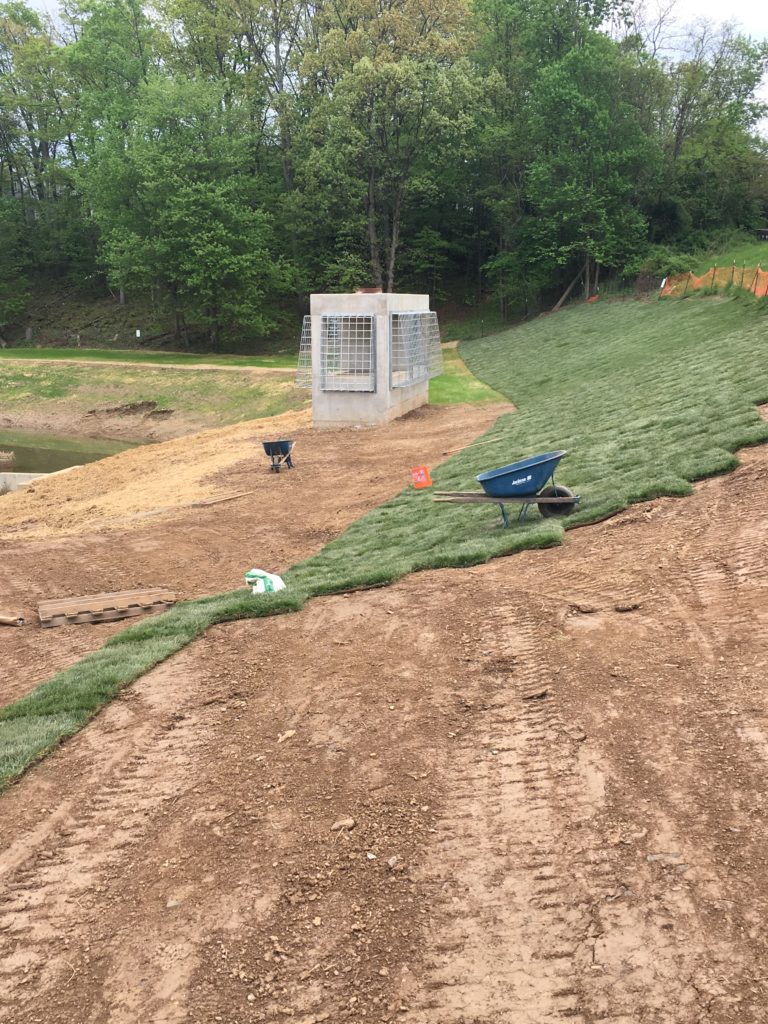 New Riser Structure: Sod being placed on pond embankment and around the new riser. A clay liner was added to the embankment for added protection against water leaks. 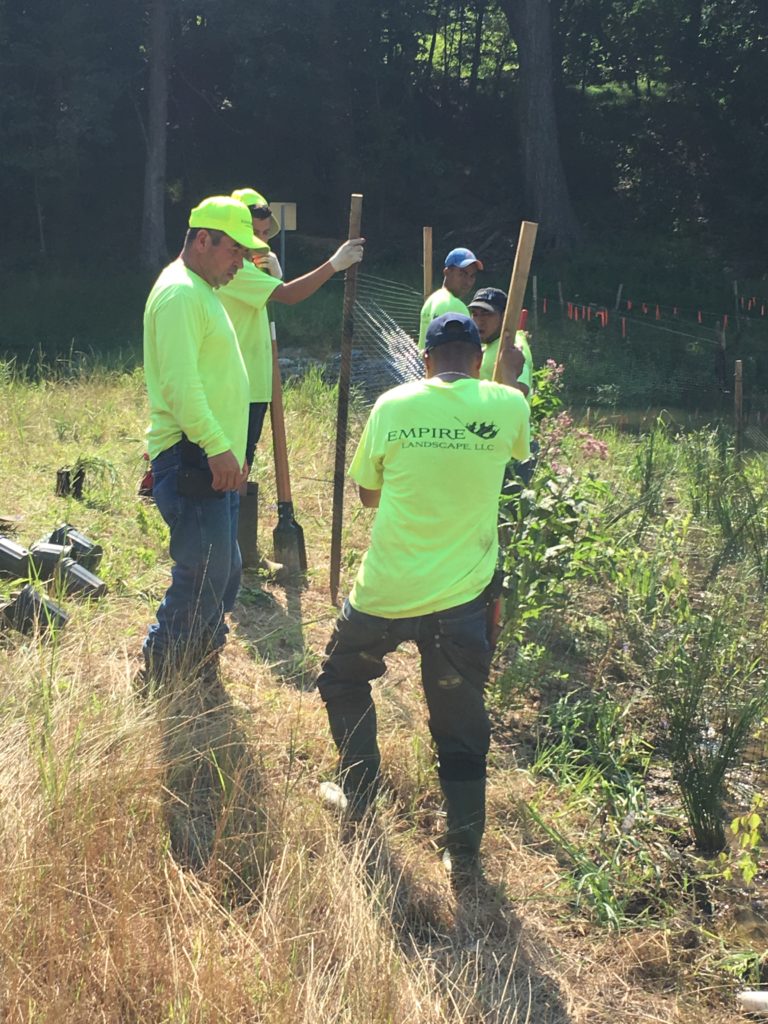 Landscape Planting: workers planting wetland perennials, shrubs and trees around the pond. Wetland plants were added around the perimeter of the pond to enhance the ecology in the pond 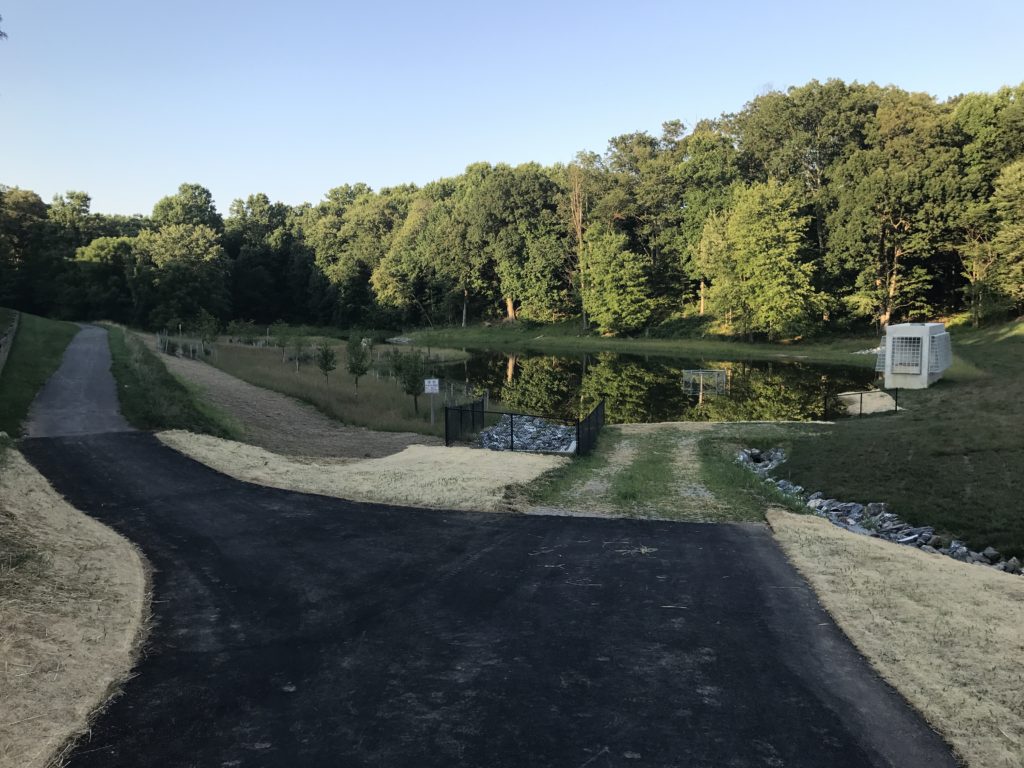 Newly Completed Pond: New maintenance access installed, trees, shrubs and wildflower meadow planted and doing well. The wildflower meadow, on the left side of the pond provides habitat for pollinators and other wildlife. 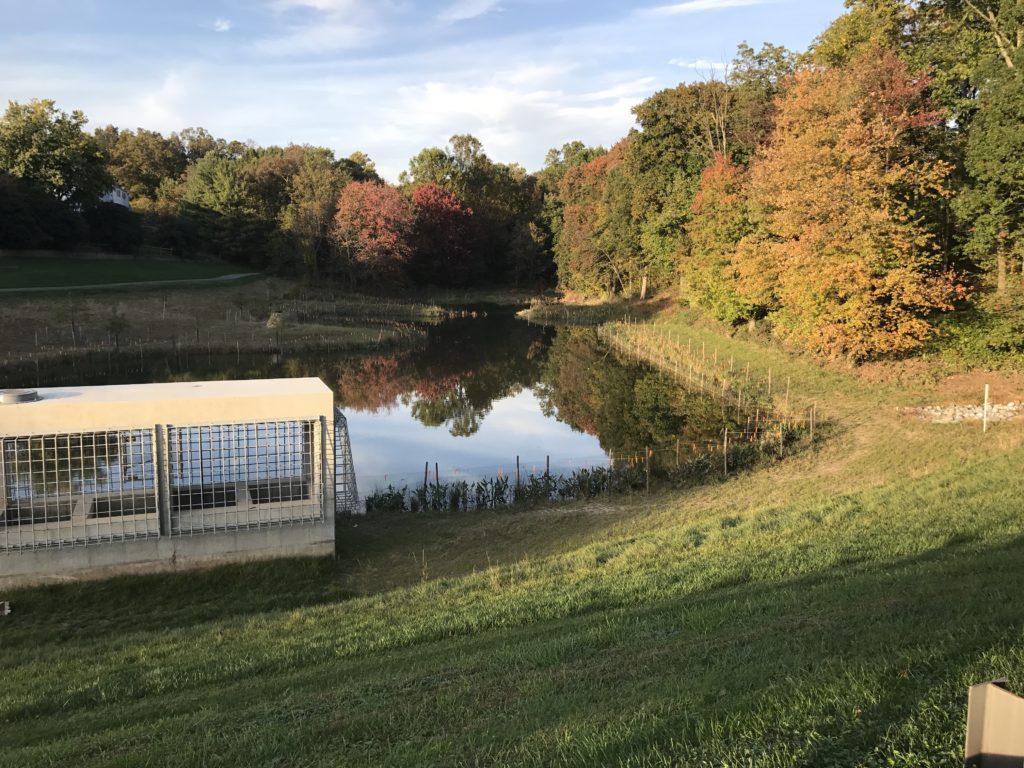 Since the pond was completed, residents living nearby have been expressing their appreciation and gratitude for the pond improvements.  One resident stated that the pond is a “thousand times better” than before the improvements and appreciates seeing water and wildlife like great blue herons outside her window, knowing that the pond is making a positive change in the health of Magruder Branch.