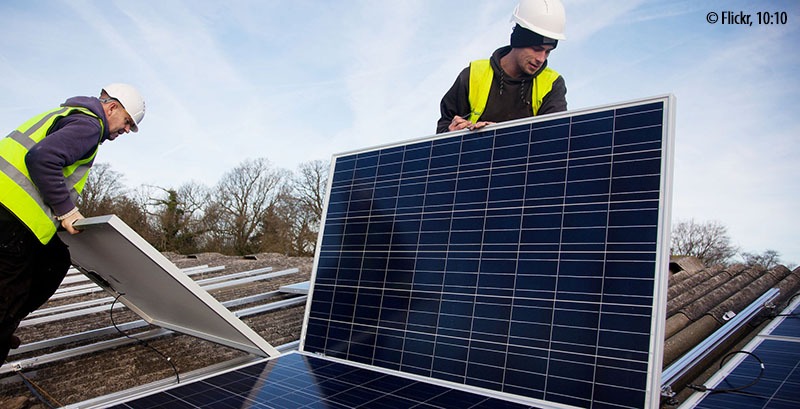 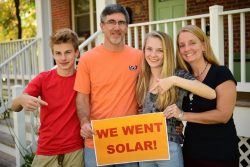 For the third year in a row, Montgomery County 4th Solar Co-Op members chose Solar Energy World as their solar installer through an open and competitive bidding process. Solar Energy World is a top rated residential solar installation company which ensures co-op participants will be able to leverage bulk-purchasing power to get discounted pricing and preferred financing terms while still receiving best-of-class solar products and superior service and installation.

“We are excited to be working with Solar United Neighbors again. Their customers are some of the best educated that we work with.”, states Bryan Hacker, Vice President of Sales for Solar Energy World. “We are also proud to be an approved contractor for MC Green Bank’s residential financing program, Clean Energy Advantage, which means we can also offer members better financing with lower interest rates.”

Co-op participants will benefit from major savings on their utility costs which should help relieve at least some of the economic pressure most people are feeling right now. “We have been receiving an unprecedented number of calls from people who are seeing higher utility bills since working from home from higher electricity usage.”, says Hacker. “With utility rates going up and the Federal Tax Credit for solar dropping from 26% this year to 22% next year, the urgency to switch to solar power has never been higher.” 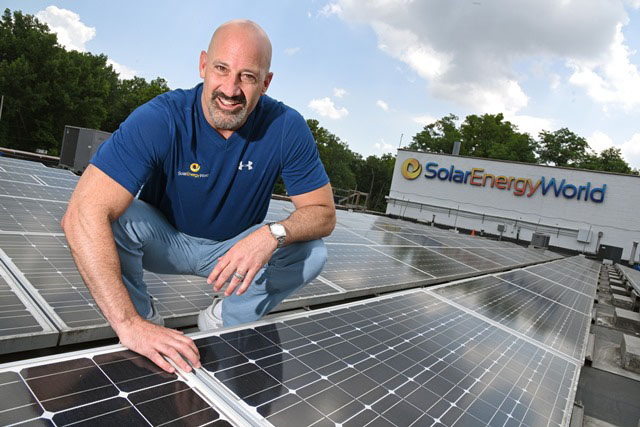 Solar Energy World is a top-rated solar installation company for residential property owners that has installed thousands of solar panel systems since our founding in 2009. Our mission is to give more people the power to reduce their dependence on fossil fuels to foster financial and environmental security for their children and grandchildren.

Headquartered in Elkridge, MD with offices in New Jersey and Florida, we currently serve homeowners and small b

usinesses in Maryland, Virginia, Pennsylvania, New Jersey, Florida, and Washington DC. In addition to having an A+ rating on BBB, Solar Energy World has been ranked on Solar Power World’s Top Solar Contractors List for the past 3 years, 20 on the list for total residential kW installed in the US, and number 1 in Maryland for total residential kW installed.

Since 2007, Solar United Neighbors has made it their mission to change the complicated and expensive process of residential solar for the masses. In many areas across the US, Solar United has formed Co-ops to streamline the process of going solar and take advantage of bulk pricing. 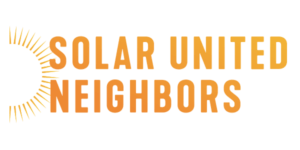