Get to know the reptiles and amphibians in your backyard 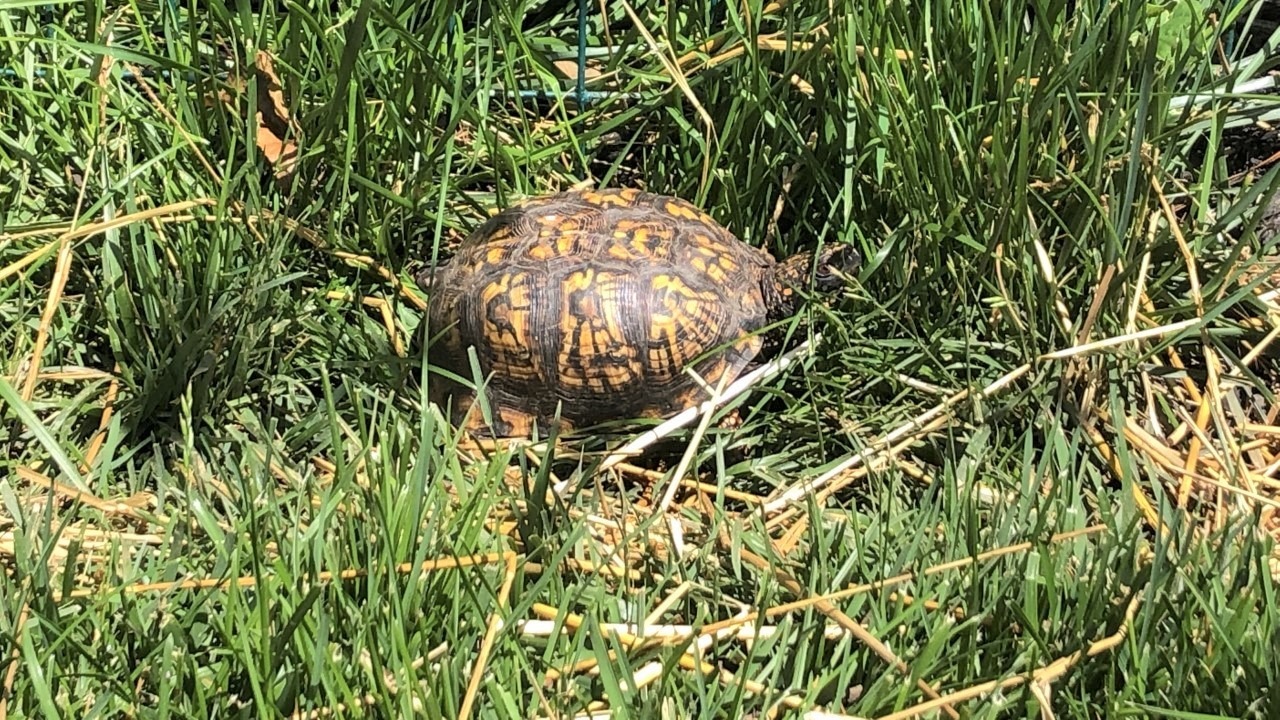 Yards and lawns can be home to many different types of animals. Birds, squirrels and rabbits are familiar visitors to yards, but many reptile and amphibian species can also be found in and around Montgomery County and are an important part of our ecosystem. Early amphibians were the first vertebrate animals to spend most of their lives on land. Early reptiles where among the first animals to spend their whole lives on land. Modern reptiles and amphibians can be important predators, eating insects and vermin, but are particularly sensitive to ecological stress. Make sure your lawn and gardens are maintained without pesticides, to help these vulnerable populations of animals.

Turtles are one of the most recognizable reptiles. The diamondback terrapin is both the State reptile of Maryland and the mascot of the University of Maryland, but is primarily aquatic and mostly found on Maryland’s coastal plain. The most common species of turtle found in backyards is the eastern box turtle. These turtles have a high domed shell, can live far from a water source and have yellow or orange spots. You might spot them in your yard eating worms, grubs, and gobbling up dandelion greens. Other turtle species like the red eared slider are more aquatic and live in streams, lakes and wetlands near your home, helping to reduce mosquito larvae. 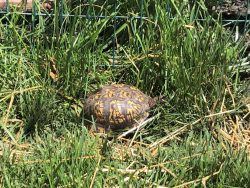 An eastern box turtle spotted in my lawn last summer

Lizard species found in Maryland are four-legged (legless lizard species exist, they just don’t live in Maryland) and can often be found in wooded areas or sunning themselves on warm days. A few species of skinks, which are thin, smooth lizards, might bask in the sun on your wall or patio, or heading out to snack on dandelions, grubs, worms, or caterpillars in your lawn. Juvenile skinks can be easy to spot by their bright blue tails. In my backyard, I often see them darting in and out of the rocks on the retaining wall. Other lizards, like the eastern fence lizard, are spiny in appearance. Eastern fence lizards can be found among logs and stumps and on fence posts. 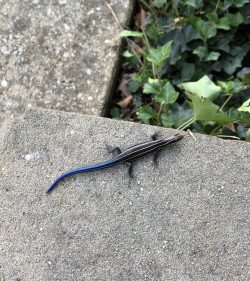 A skink I spotted on the University of Maryland campus.

Snakes are important predators in Maryland’s ecosystem and helpful around your house, eating voles, moles, field mice, snails, and slugs. Common species that may be found in Montgomery County yards include the eastern rat snake and common garter snake. Adult eastern rat snakes are black with a cream colored chin and garter snakes are greenish, brown or black with a white stripe down the center of their backs. They can be found in a variety of locations including forests, meadows, backyards, and marshes. Most snakes found in Montgomery County are relatively harmless and will stay out of your way, however, the venomous copperhead snake can be found in the County. Copperheads can be identified by their brown hourglass shaped crossbands and are often found around rock outcrops in wooded areas. 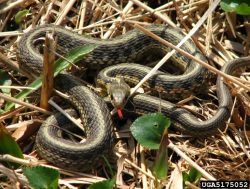 Frogs and toads are amphibians with longer back legs used for jumping and do not usually have tails as adults. Toads tend to have drier, bumpier skin, while frogs have slimier skin, and both might spend time in your yard or lawn eating grubs, spiders, snails, or slugs, and gobbling up mosquito larvae. Toads tend to be more terrestrial and stray further from water than frogs and are often found in backyards further from streams or ponds. Even when they are not spotted in lawns, frog and toad calls can often be heard in the evenings during spring and summer months, especially in places close to their habitats. In the spring, frog and toad eggs and tadpoles can be found in bodies of water. Some frog and toad species can spawn in very small bodies of water, like small pools that occur in the pits formed from the roots of fallen trees. 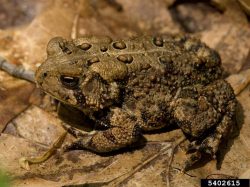 Salamanders are slimy, lizard-like amphibians that can be shy and hard to find. Many species in Montgomery County are primarily found hiding in leaves and under logs and rocks near streams or burrowing in the sediment near streams and pools. The most common terrestrial salamander in Maryland is the eastern red-backed salamander, which can be found in the woods under rocks, logs and other forest debris. Another salamander species found in Montgomery County is the northern slimy salamander, which can be found in moist forests and likes hiding in ravines, floodplains, and shady hillsides. These little critters help by eating mosquito larvae, crickets, flies, and typically anything that moves. 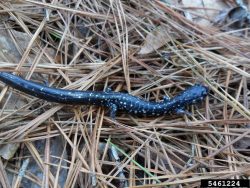 If you enjoy looking for the critters that visit and live in your yard and neighborhood, Montgomery County has a chapter in the FrogWatch USA program, which is a volunteer frog and toad monitoring program where volunteers learn to identify frog and toad species in local wetlands. The Maryland Department of Natural Resources also has more information on identifying the different reptile and amphibian species found in Maryland, including their descriptions, habitats, and ranges in the state.