Where do CFLs go? 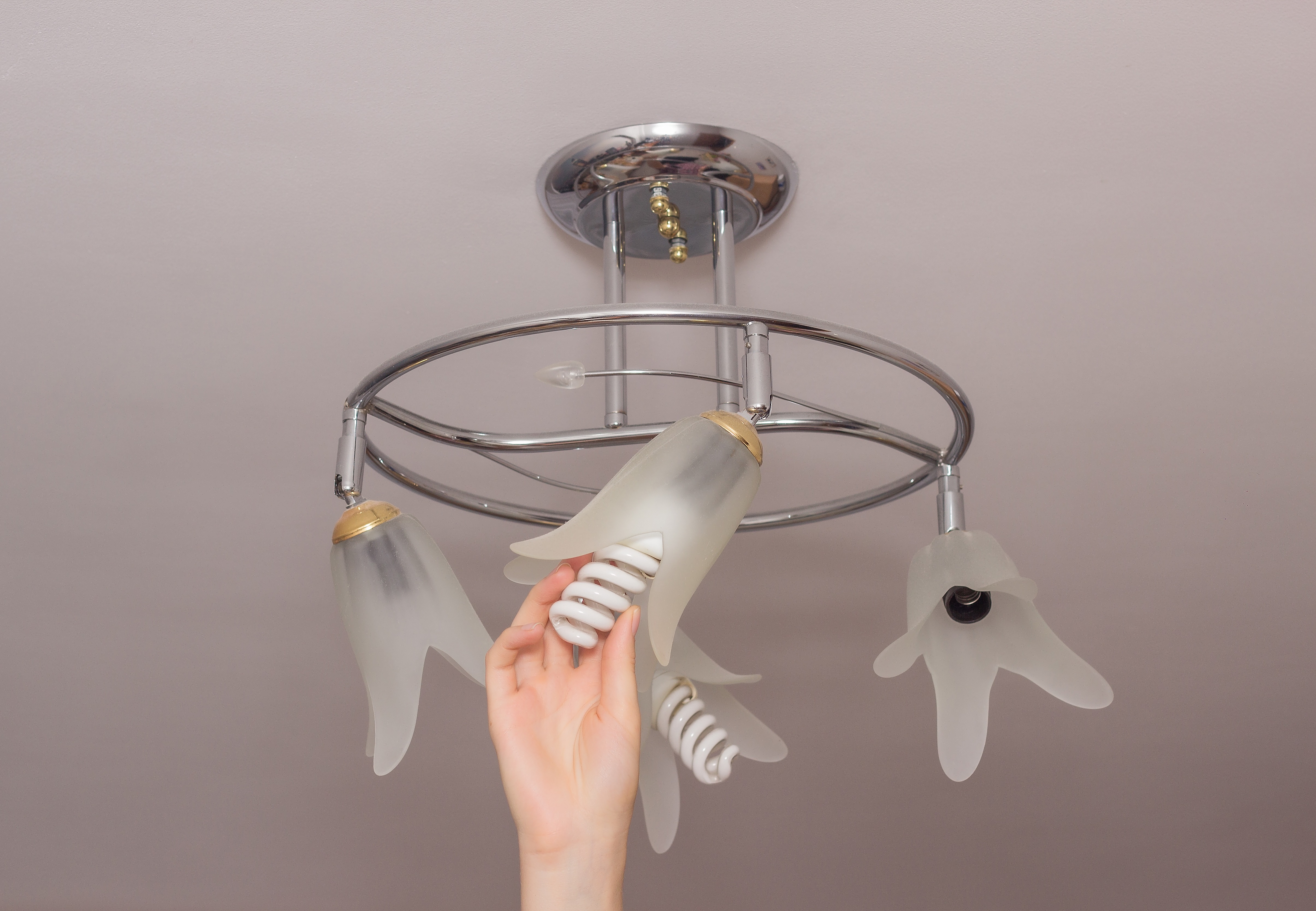 Throughout this past summer and fall, DEP’s Residential Energy Program Manager, Larissa Johnson, has been collecting old incandescent and compact florescent (CFL) light bulbs to ensure that Montgomery County residents have the most energy efficient bulbs on the market. 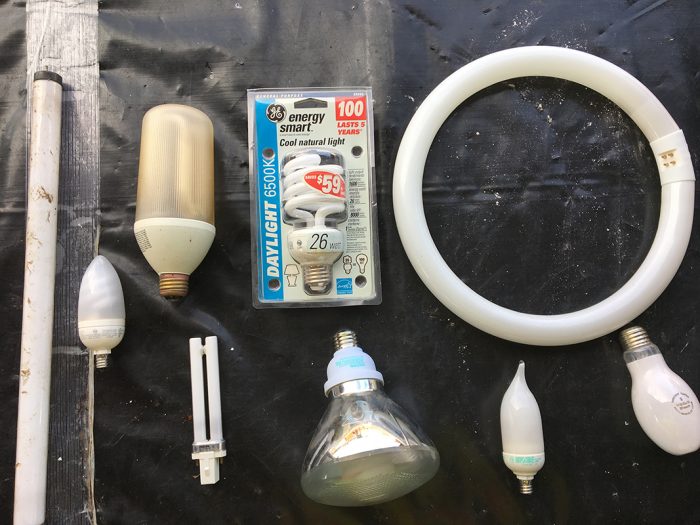 LEDs? But I just switched to CFLs!

It may seem like you just switched to CFLs, but the spiral CFL was invented in 1976 in response to the 1973 Oil Crisis. It has been used in large numbers since the early 1990s.

The life of a CFL is significantly shorter if it is turned on and off frequently and they get dimmer over their lifetime. In fact, one test by the U.S. Department of Energy of Energy Star products showed one quarter of tested CFLs no longer met their rated output after 40% of their service life.

We, here at DEP, like to think of CFLs as the cassette tape of lighting. They had their place in history, our lives were a lot easier for a while, but there is a new technology on the scene. Just like CDs took the place of cassettes and then iPods, LEDs are the new bulb to purchase.

LEDs may cost more up front, but they emit very little heat, last longer, and do not need diffusers or reflectors that trap lights. Check out the chart to see the difference. 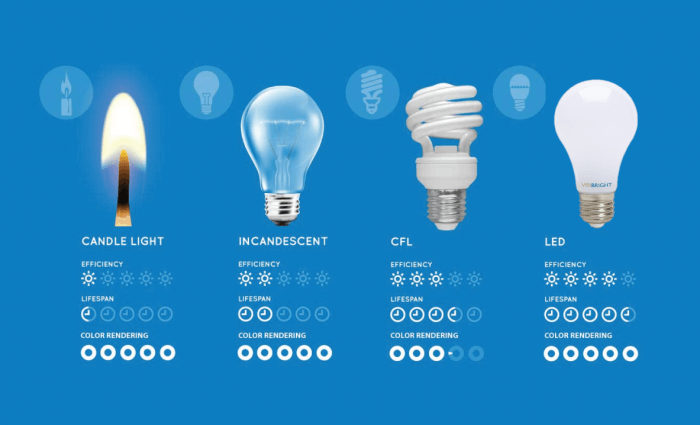 Chart showing the difference between different types of lighting

How to get rid of CFLs

You have two options; 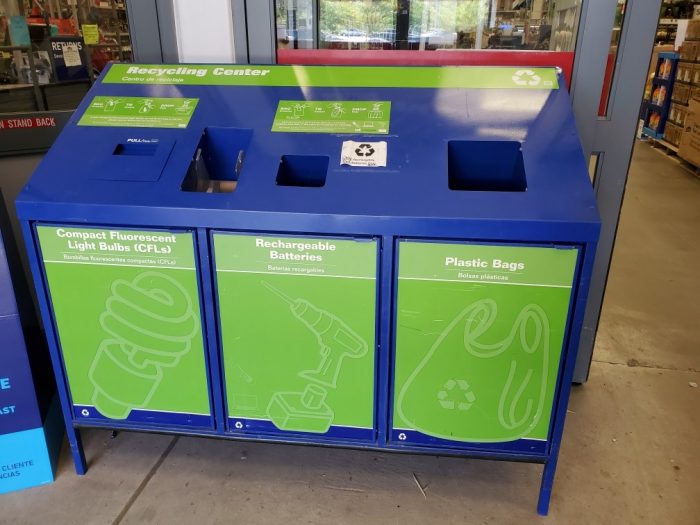 What happens to CFL bulbs?

Once you have made the decision to switch to LEDs from CFLs, it is important to understand what happens when you dispose of them. Since they all contain mercury, they are considered a hazardous waste.

Most CFLs contain 3–5 mg per bulb, with the bulbs labeled “eco-friendly” containing as little as 1 mg.  Because mercury is poisonous, even these small amounts are a concern for landfills and waste incinerators where the mercury from lamps may be released and contribute to air and water pollution. In addition to mercury, there is also argon and a small electronic ballast, so they can NOT be recycled in your trash or recycle bin as they will contaminate everything. 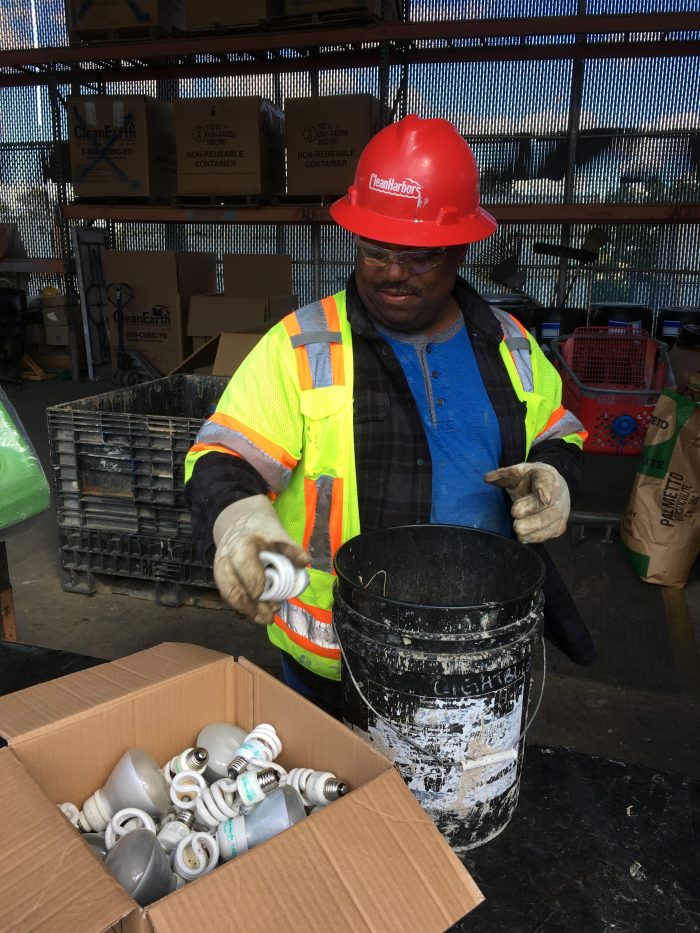 Once the bulbs are collected at the recycler in Ohio, they are put on a conveyer belt where they are crushed. During this process, a hood located on top of the belt draws in the mercury vapor.

In the end, the mercury vapor is recovered, processed and sent out to be re-used. The carbon filter (located inside the hood) is taken out and properly disposed of according to EPA standards. The phosphor coating, glass, and metal are all recyclable materials that are sold for reuse.