Climate Change at the Local Level: Protecting Our Watershed

When we think of climate change we often think of melting ice caps, rising sea-levels, extreme weather, and warmer global temperatures. These are the harsh realities of a warming planet caused by human activity. We produce energy from burning fossil fuels, such as coal and oil, and consume this energy at high, unsustainable rates. We rely heavily on automobiles that release harmful emissions into the atmosphere for transportation. Reliance on nonrenewable resources releases emissions, such as sulfur dioxide, carbon dioxide, nitrogen oxides, and methane. These emissions are also known as greenhouse gases and lead to the greenhouse effect where they trap heat from the sun in the atmosphere, warming the planet.

Most of us know what climate change looks like from a global perspective, but what are the local impacts of climate change on Montgomery County’s streams and rivers, which are tributaries to the Chesapeake Bay? 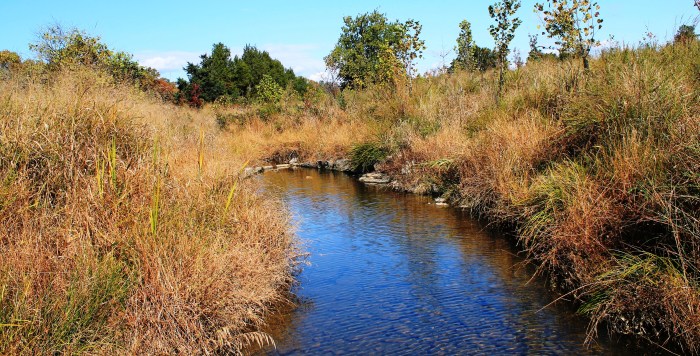 Warmer and more extreme weather in the county directly impacts the health of our streams and surrounding ecosystems. Higher temperatures heat up the asphalt on roads, making the rain that runs-off to nearby streams and rivers also very hot. This rainwater running-off of impervious surfaces barely has a chance to cool down before entering surface waters. Hot runoff changes water conditions and makes it difficult for fish to survive.

Montgomery County streams and rivers are part of the larger Chesapeake Bay watershed, meaning water quality at the county level is crucial to the health of the Bay and eventually the Atlantic Ocean. According to The Conservation Fund, bay water levels in the Chesapeake have risen about 1 foot in the past century and are predicted to rise between another 1.3 and 5.2 feet over the next century. The Chesapeake Bay watershed is one of the most vulnerable regions in the face of climate change. According to the EPA, the northeastern US saw a more than 70 percent increase in rainfall during heavy precipitation events between the years 1958 and 2012. Extreme weather and rising waters lead to coastal flooding and erosion, damaging the ecosystem and infrastructure nearby. Wetland salinity will also change as sea levels rise and flood marshes, destroying habitats that serve as natural pollutant filters.

As the concentrations of greenhouse gases increase in our atmosphere, higher levels of CO2 is deposited in the Chesapeake Bay.  The deposited CO2 increases the acidity of the water, and in turn reduces the available carbonate ions.  Carbonate ions converted to calcium carbonate are the main building block for the shells of various shellfish that make the Chesapeake Bay their home.  With less available carbonate, shellfish, like oysters and crabs, are unable to build robust shells.  This means the already stressed aquatic organisms may not be able to thrive in the future.

Climate change is not just melting polar ice caps and sea levels rising in distant places. It is happening in our communities and has drastic repercussions on the health of our streams, rivers, soils, and native wildlife. To reverse the effects of climate change, we must switch to renewable, clean energy sources and reduce our energy consumption in industry, transportation, and residential life.