Everything You Need to Know About LED Lighting 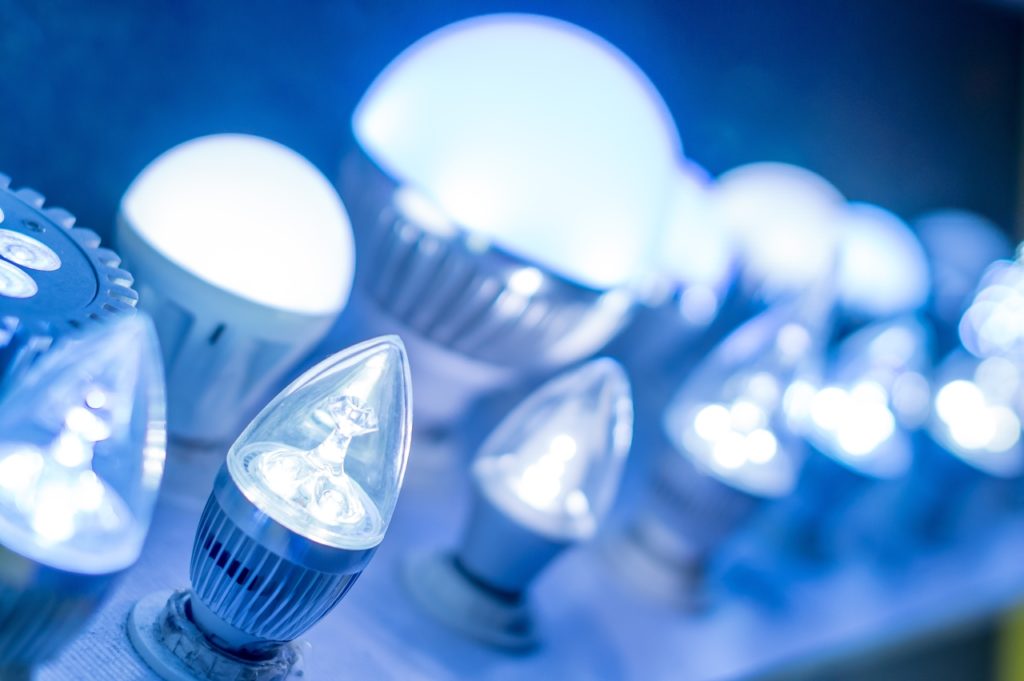 This article was first published by Lamps Plus Ideas & Advice: https://www.lampsplus.com/ideas-and-advice/all-about-led-lighting/ and was shared to help residents understand everything they need to know about LED lighting.

LED lighting has come a long way in such a short period of time. The man who is recognized for conceiving the light bulb, Thomas Alva Edison, says that he “tested no fewer than 6,000 vegetable growths, and ransacked the world for the most suitable filament material” as part of the process of inventing the light bulb, which got a patent in 1880 (Source). Edison is said to have acknowledged that this was tedious and very demanding work, particularly on those he employed to help him. Having done its work for over 100 years, the bulb, as invented by Edison, is gradually being replaced by a light emitting diode (LED).

What are LED Lights?

An LED is a semiconductor light source that produces light when triggered by an electronic current. A semiconductor is a solid substance whose ability to conduct electric current ranges between that of most metals and an insulator.

Energystar.gov, the US government-backed organization that provides information to businesses and consumers about energy issues, explains how LED technology works. It says, “An electrical current passes through a microchip, which illuminates the tiny light sources we call LEDs, and the result is visible light.”

How LED Lighting Differs from Other Sources of Light

LED lighting differs from other lighting sources, such as incandescent light bulbs, in several ways. Incandescent bulbs have filaments that glow, producing both light and heat when electricity flows through them. On the other hand, LEDs’ energy is released in the form of electrons (tiny particles that carry electricity in solids) that flow to create photons (visible light). Notably, LED lights emit very little heat.

Unlike other forms of lighting, like incandescent bulbs, which emit light and heat in all directions, a single LED chip emits light in a specific direction, eliminating the need for reflectors and diffusers, which can trap the light (Source). LEDs also differ from the light bulbs we have known for many years in that they last much longer.

Different kinds of LED lights have been created over the years. Let’s look at some of them below:

Miniature LEDs: Are extremely small and come in a single color or shape. You will see this LED in remote controls, calculators, and mobile phones used as indicators.

Dimmable LEDs: Work by creating a dimming effect. You will find this type of light used for creating a unique setting, such as in bedrooms, where someone may need to create a romantic setting, or the cabin of a plane seeking to replicate different times of the day.

High Power LEDs: Deliver higher levels of brightness as a result of several improvements that have been made to LED technology.

Lighting LEDs: Are the light bulbs found in the home and often take the shape of the traditional Edison light bulb that has been in use for many years.

Flashing LEDs: These are used in places where the idea is to attract attention, such as in storefront signage, other kinds of displays at exhibitions, and automobile indicators and lighting.

The technical specifications of LEDs deliver crucial information that can help users use LEDs as efficiently as possible, and ensure they last as long as they are designed to. Here are some of the basic technical concepts about LEDs that you need to know:

Lumens Instead of Watts

Instead of using the watts that we are used to when determining how bright a light source will be, LED uses lumens. A high lumen value denotes a higher brightness from the light. Generally, 1-watt in an incandescent lamp corresponds to about 9 lumens in an LED light.

According to the publication devoted to all things LED, Ledsmagazine.com, one of the crucial specifications when using LED lighting is the color rendering index (CRI). The CRI gives an idea of how accurately the colors of the objects in a room will be produced by the color radiating from an LED lamp compared to a natural light source.

To understand CRI, you may need to start by noting that a tungsten halogen lamp has a CRI of around 100. Ledsmagazine.com reports that “blue chips plus phosphors are now achieving CRI of approximately 80.” It also notes that even though higher CRI is possible, it may come at the expense of efficiency. Anything below a CRI of 80 will start to lose accuracy in depicting the color of objects in a given space.

Look at the advertisements from many automobile manufactures and makers of electronic devices today, and you will see that LED lighting is used as a draw card. Because of the advantages presented by LED lighting, its application can now be found in almost every sphere of human life.

LEDs are used for backlighting devices like modern televisions and smartphones. For televisions, they are generally perceived to save power. Their widespread use in cellphones and other mobile devices seeks to preserve battery life. Also, because of their lower power consumption, LEDs are becoming common in areas like road signage and billboards. In the automobile industry, clear visibility is leading to the growing adoption of LEDs. However, there have been some complaints that LED lighting on roads could be dangerous when it becomes too bright.

Energystar.gov reports that LEDs “typically do not ‘burn out’ or fail. Instead, they experience ‘lumen depreciation,’ wherein the brightness of the LED dims slowly over time” (Source).

LEDs can last two to four times as long as other traditional bulbs. The lifespan measurement is usually expressed as B50-L70, which can be interpreted as the time when 50% of the LED bulbs in ideal conditions will have 70% of their rated output.

Going by that, B50-L70 of such LEDs ends somewhere between 10,000-50,000 hours. However, it’s important to acknowledge that factors such as material defects, electrical overstress, and heat stress may cause a large discrepancy in LEDs’ life expectancy.

When switching to LED, the initial cost will be higher as compared to other lighting technologies. However, when you look at the savings associated with an LED lamp’s lifecycle, you’ll end up saving a lot. These bulbs have both longer life expectancy and energy-saving capabilities, hence reducing running costs (Source).

The most significant advantage of LED lights is their energy efficiency, and how they require much less wattage to power than other traditional sources. Some sources claim that LED lights use up to 90% less energy than other lighting sources.

One of the central claims made about LED lighting is that it produces less heat. This is a view supported by academic sources that note that LEDs produce little infrared light and close to zero UV emissions (Source). Energystar.gov also notes that “Thermal management is generally the single most important factor in the successful performance of an LED over its lifetime” (Source).

Advantages and Disadvantages of LED Lighting

The Future of LEDs

According to the Office of Energy Efficiency and Renewable Energy’s (EERE) Energy.gov, “many white LED lighting products [are] available on the market, and the number continues to grow, with new generations of devices constantly emerging.” The same organization notes that LED lighting technology is rapidly being adopted because of falling prices and enhanced efficiency. However, Energy.gov also notes that “the technology can still be improved in efficiency, color attributes, light distribution, form factor, and building integration.”

Energy.gov continues to note that “there can also be improvements in new frontiers of lighting that include energy savings from more effective use of lighting, lighting that promotes health and productivity, and expanded use of controls to deliver just the right light at the right time” (Source).

11 comments on "Everything You Need to Know About LED Lighting"