Plogging Along with The Green Elf of Takoma Park 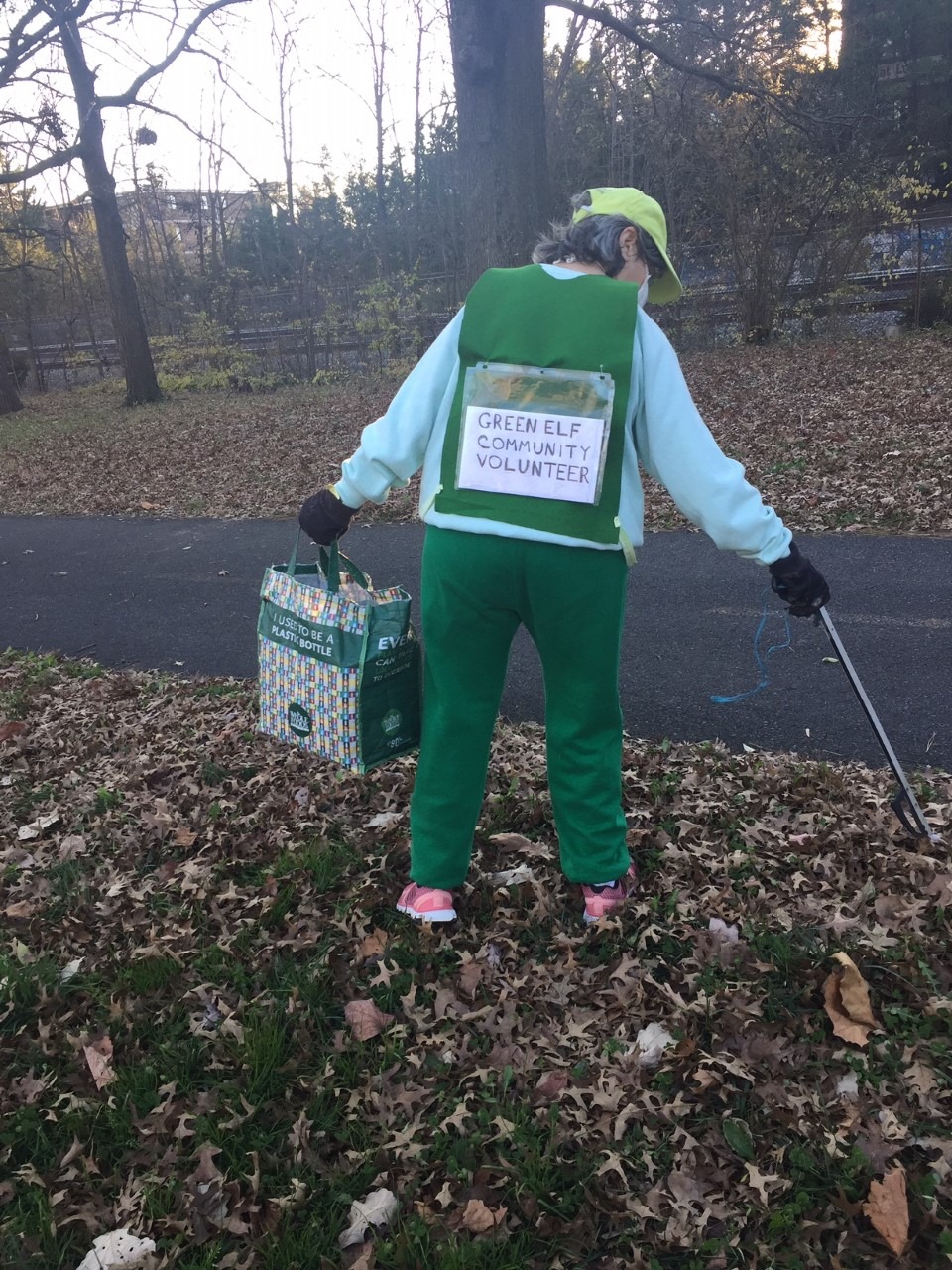 Perhaps you’ve seen signs along near the trail and parkway intersections about plogging. Have you ever wondered what it is or how to actually do it?

Plogging is combining jogging – or even walking or biking – with picking up litter. Although it is relatively new here in the U.S., it started as an organized fitness activity in Sweden in 2016 and spread to other parts of the globe a few years later. The name comes from “plocka upp” – a Swedish term meaning “pick up”.

The idea is quite simple: During your regular fitness activity through the park or your neighborhood, scoop up the trash seen along your route and help it find its way to a proper trash can or recycling bin. As the goal is to not actually stop your run/walk, it might involve a bit of coordination to bend down and pick up a bottle, bag or wrapper from the ground without coming to a complete halt, but it is doable – and adds to the workout as well.

If the term is new to you, the idea probably isn’t. Lots of fitness enthusiasts pick up errant litter on their routes.

Who is the Green Elf of Takoma Park? 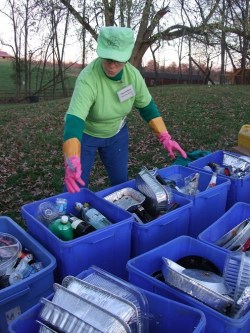 A licensed occupational therapist by day, DeKona takes reducing, reusing and recycling extremely seriously. Having volunteered as a reuse coordinator, county recycling services educator, cleanup group supervisor and trash team member for county organizations such as the Montgomery County Department of Environmental Protection’s Wastewater Services, the Pennyworth Shop, and Friends of Sligo Creek, she is also known as the “Green Elf of Takoma Park” and is often seen picking up refuse along roadways in her sprite costume – complete with signs – “Green Elf – Community Volunteer” on the front and “Keeping plastic out of the oceans” on her back – so people know what she’s doing.

“It gives you a lot of satisfaction to see the clean street when you’re done,” she says.

Her deep concern about the condition of our environment began early, she says, when she and a friend started picking up trash from her street pulling a little wagon behind them when she was only 10.

Around Earth Day in 1970, DeKona said she began to better understand not only that humans have a major influence on the environment, but that we can and should do something about it. Consciously living in a sustainable way ever since, she has worked to shrink her environmental footprint by reusing as much as possible, reducing her personal and family waste (by doing things like rarely ordering things online) and recycling almost everything. 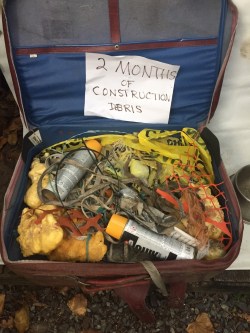 “I think about the resources I use. I always dovetail errands and practice what I preach. I just live in a pretty modest way,” she adds. “As a lot of trash comes from the land, blows into the water and ends up in storm drains, when you throw a piece of trash on the ground, you are in effect throwing it into the ocean.”

Because of the COVID-19 pandemic, more people are exercising outside, which can only help more people become aware of the value of nature. Since there are more folks on the trails and sidewalks, DeKona says that picking up trash while jogging/walking/biking can help clean up the environment even more.

Armed with a pair of gloves, her signs, a few bags and a reaching tool she uses for work, DeKona adopted a spot in her town to clean and tries to help get rid of the trash in her neighborhood whenever she can, although she does realize that everyone may not have the same flexible schedule that she has or may even be skittish about picking up trash as a potentially deadly virus rages.

“Do be safe. Wear gloves – cloth ones with rubber near the fingertips work well – and wash your hands after, using universal precautions,” she suggests. 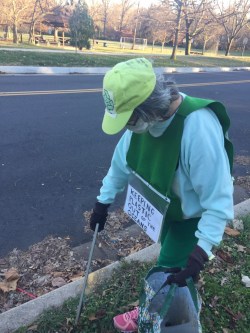 orkout, but any bag will do, DeKona says – especially if it is one reused from a grocery store run.

She meets a lot of people in her Green Elf uniform – many of whom admire her dedication to clean initiatives. Although she says she often stops to take pictures with people who ask, she’s more excited if it makes them consider assisting with cleanups in their own neighborhoods.

“It just makes me feel really good to know that other people are on ’Team Earth.’” DeKona says.