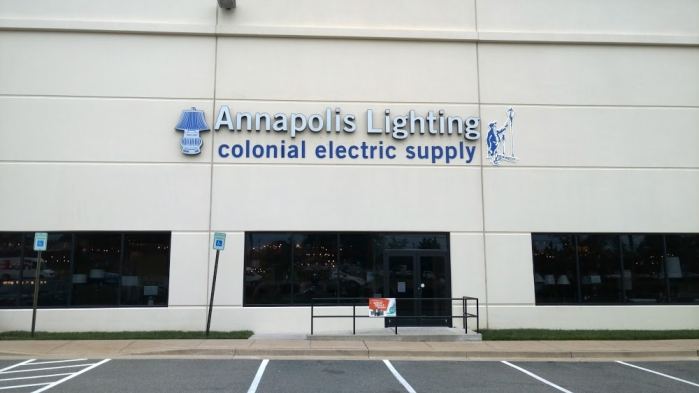 We interviewed David Cramer, a lighting specialist who is the general manager of the showroom division of Colonial Electric Supply (in Pennsylvania) to tell us Everything You Should Know About LEDs and this is what he said.

Being more energy efficient in and around the home is a great way to shrink a carbon footprint, but often, we tend to think most about electricity usage when examining an energy bill, looking for new appliances or preparing for heating and cooling seasons.

The good news is that smaller measures can help reduce energy, too – including lighting the rooms inside and the areas around our homes.

You might have given some thought to light bulbs back in 2007 when the Energy Independence and Security Act was passed – as it called for the phasing out of some incandescent bulbs – but have you thought about LED lightbulbs lately? 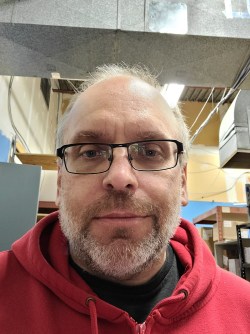 incandescent bulbs. That means LEDs use less energy to produce the same amount of light and can last longer than the bulbs of old, which can save you money on the number of bulbs you buy as well as on electricity bills.

But if you’ve ever happened down the lighting aisle of a store, you know how hard it can be to figure exactly which bulbs are right for your household lamps and light fixtures. What’s the best way to decide?

One of the first things to know is that the wording used to classify LED bulbs is a little different. Being use to ”watts” can make for some confusion now that “lumens” appears packaging.

“We were taught incorrectly. Wattage is not brightness, it’s actually energy consumed. Lumens actually tells us how bright the light is.”

An LED bulb with comparable brightness to a 60W incandescent is 800 lumens, but uses only about eight to 12 watts. Manufacturers of LEDs have been trying to get us use to the correct verbiage, but according to Cramer, different vendors present the information differently, with some printing “watts” in bold letters with the lumen equivalent just underneath.

Cramer also cautions that the packaging may not be exactly honest about the true watt vs. lumen equivalence.

“It may say it’s the same [wattage] as lumens, but sometimes it’s quite a bit less,” he says, adding that it may be best to stick with well-known brands as larger companies tend to be more accurate in their brightness equivalence. Number fudging can result in shorter-than-expected bulb life, which is why many consumers aren’t quite convinced that LEDs are cheaper in the long run.

“I usually tell people that while [LEDs] are more expensive up front, if you will be where you are living now for five more years, you will get your money back in the savings on your electricity bill,” Cramer says. It will also save the headache of having to change bulbs frequently – especially in hard-to-reach places like porches or fixtures on high ceilings. 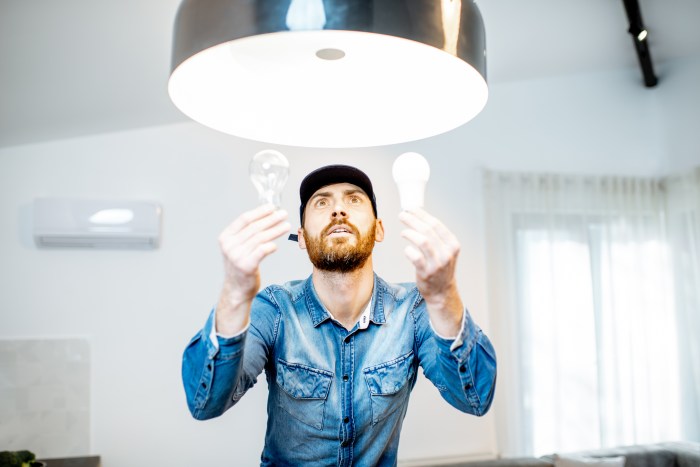 Is there more to consider with LEDs than just the brightness of the bulbs? According to Cramer, there certainly is.

Here are a few things to know when planning the switch to LEDs:

Just because an LED doesn’t feel as hot to the touch when it is on as an incandescent does, it’s not correct, Cramer says, to assume that they don’t give off any heat. Because the heat produced is dissipated differently, LEDs do not work best when placed in a completely enclosed fixture where there is no room for air to escape.

“It could severely shorten the life of the bulb. In extreme circumstances, it could burn out violently and start a fire,” he says, adding that just about all LED bulbs brighter than 60W equivalent carry that warning on the packaging.

LED bulbs may not work with them at all, even if the package says the specific bulb works with all dimmers. The reason? Some LEDs simply can’t be dimmed.

“When you try to dim LEDs and have something that is incompatible, the results can be very disappointing,” Cramer says. “Lights can flash, not go on or not dim at all.”

Is there a difference between the “warm white,” “cool white,” “soft white,” and “daylight” that bulb packages tout? Some of it is about preference, Cramer says, especially since the familiar yellowish glow of incandescent lighting may feel or look warmer. Warmer tones will make a room’s brightly colored walls stand out, where a brighter (or cooler) light may make bright walls look flatter. Some lighting can actually make the wall color look dingy or dirty, which is why lighting in a beige-walled living room can look darker than it does on the same beige walls in the family room. In other words, it’s not the paint.

“The light bulb color is probably affecting the color of the paint in the room,” Cramer says.

Also, for rooms where a lot of reading might be done, consider a cooler light to help sharpen the contrast between dark letters against white pages and make them stand out more.

The bottom line, Cramer says, is make sure you are comparing apples to apples when looking to buy LEDs by paying attention to the lumens. As we age, our eyes may have more difficulty adapting to the same light we’ve used for years – especially in dark rooms with dark furniture and appliances that absorb light. Trying a different color temperature might help.

Also, don’t be afraid to seek help by scheduling a consultation with a trained lighting showroom specialist.

“If people feel like they don’t know what they are doing, they may be right,” Cramer says. “Most people are doing it wrong, because how would they know? That whole world has completely changed when it comes to lighting.”