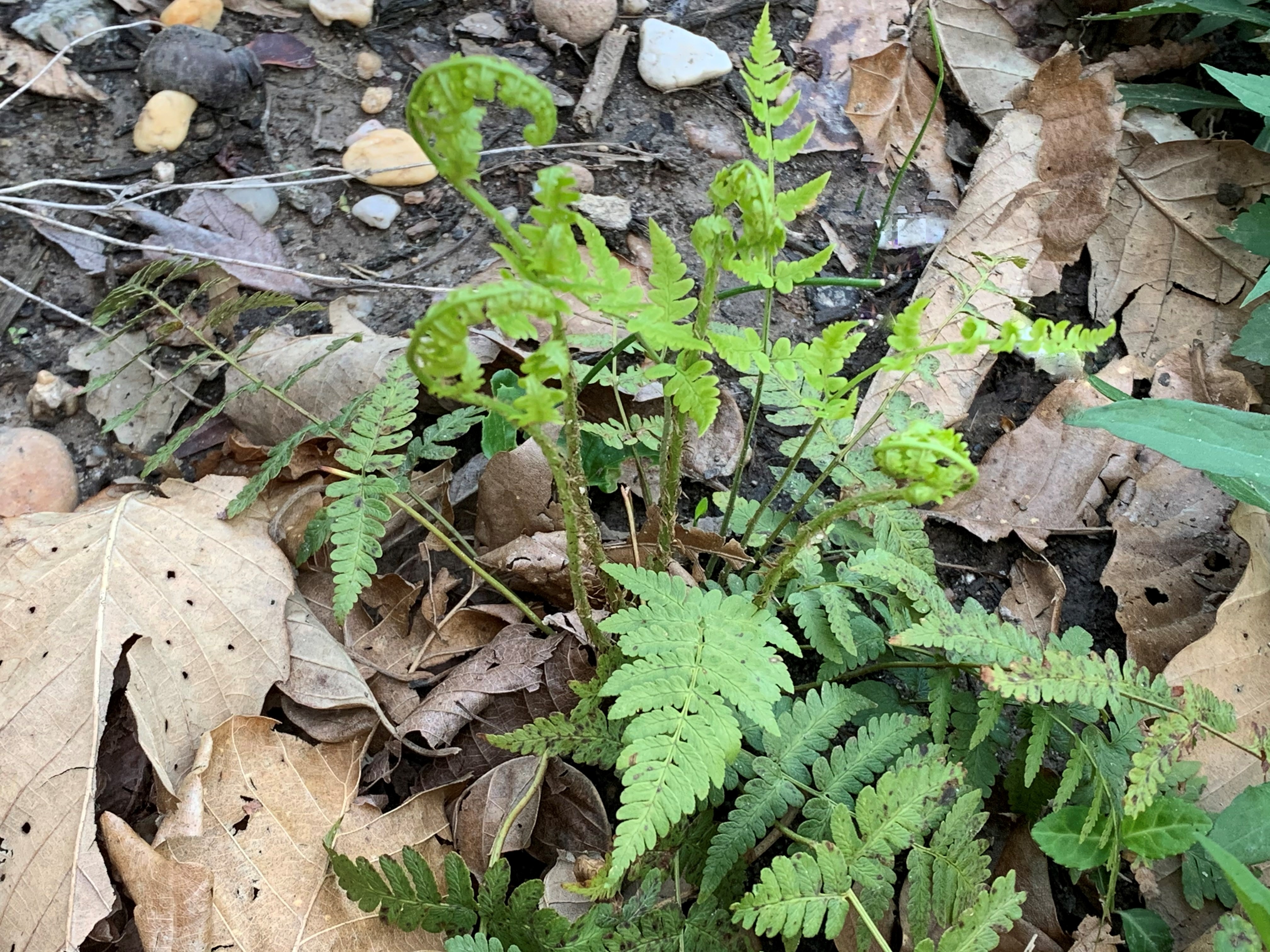 As spring continues its procession, native ferns awaken to the sun and warming earth by unfurling their leaves, called fronds, that emerge from the base of the plant as tightly wound fiddleheads.  Ferns come in a wide range of colors and shapes.  They are easy to grow and rarely bothered by deer. Here are examples of local native ferns breaking their winter slumber.

A fern of shady, moist woods and ravines, crevices and rocky ledges and bluffs, it prefers well-drained, rich, acidic soils, though is tolerant of dry shade conditions once established. It is well-behaved in the garden due to its clump-forming nature. Because it is evergreen it retains a presence during winter. 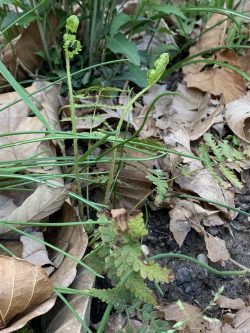 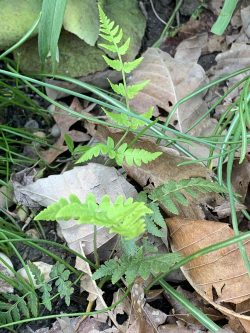 This fern can be distinguished by its bright green foliage, more coarse and less feathery in appearance than most other ferns. It thrives in shady, wet though not waterlogged conditions, so is typically found in moist woodlands, floodplains, streambanks, swamps and marshes. It spreads by creeping rhizomes and spores, and is sensitive to frost, hence the common name. It is a great addition to a consistently moist, shady spot in the garden. 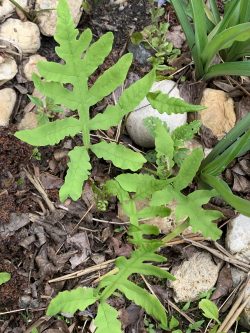 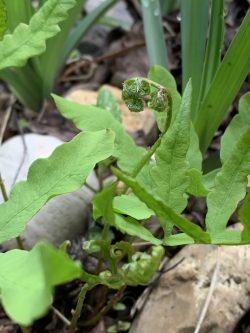 Identified by its stiff, leathery fronds, coarser texture and clumping habit, this is a fern of cool, moist, well-drained shady woodlands. It is often found in rocky soils along slopes, meeting its requirement for good drainage, and making it a good plant to control erosion on shaded slopes. It is drought tolerant once established. 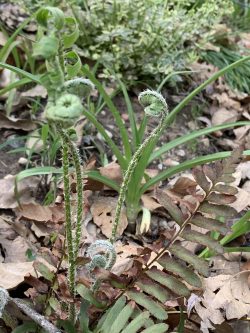 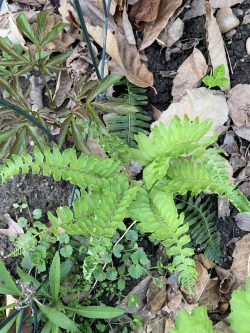 As its common name implies, this fern can be found in wetter locations such as swamps, bogs, wet fields or thickets, fresh tidal and nontidal marshes, and along wooded streambanks. It thrives in full sun to part shade conditions and sometimes forms colonies from its long creeping rhizomes.  It has two leaf types, smaller fertile fronds and larger infertile fronds. 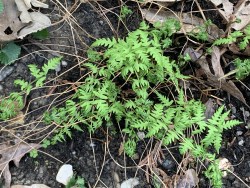 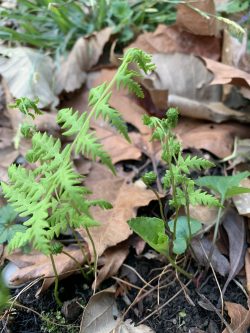 Try them out in your garden!