Interview with Doug Weisburger with the County’s Climate Team 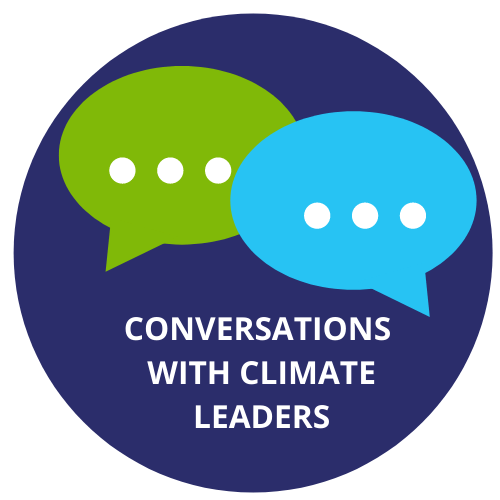 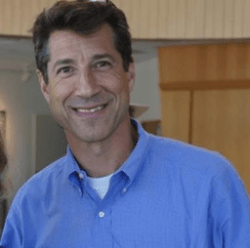 Q: What position do you hold in the Climate Team?

A: I am a Senior Planning Specialist, Sustainability Programs, in the Department of Environmental Protection.  On the Climate Planning Team, I focus on racial equity and social justice, community engagement, economic development, and governance — particularly as it relates to embedding climate change into County Government processes like budgeting, procurement, and human resource development.

A:  Montgomery County has been focused on addressing climate change since the early 2000s, with the completion of our Climate Protection Plan in 2009 and a number of leading-edge policies at the time, such as requiring Building Energy Benchmarking and establishing the first local-level Green Bank in the County. Earlier in 2021, we released a Climate Action Plan, which will serve as the County’s roadmap for mitigating climate change and protecting residents and businesses from climate hazards. Now we’re turning our attention to implementing the actions described in the CAP.

Since the CAP, the County has adopted the 2018 International Green Construction Code and introduced the critically important Building Energy Performance Standard (BEPS) bill, currently being considered by the County Council.

And there are a host of other important initiatives underway including a climate change training program for County employees; a budget review process that incorporates climate change and an effort to create what we’re currently calling the Community Justice Academy (name is likely to change based on community feedback) in which we institutionalize an on-going process of co-creation of key policies and programs with under-represented community members, particularly frontline and BIPOC community members.

Q: What has been the best part of working on the Climate Team?

A:  It’s been exhilarating to work in an environment guided by collective decision-making and which draws on differing perspectives and skill sets from across County Government.

Q: What resources do you think are most useful for finding information about climate change?

A: While there are a number of resources to learn about climate change, these resources below are the ones I refer to most frequently: 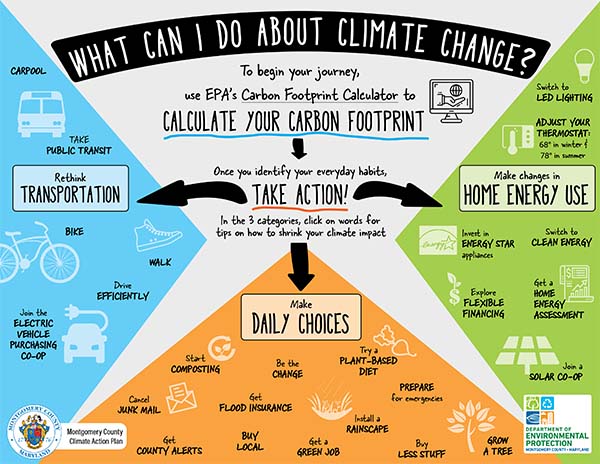 Q: How do you suggest the younger generation participate more in climate action? Or how can everyday people including younger people get more involved with climate action?

A:  Young people really have a unique moral authority as they are the ones being saddled with a tenuous future.  Use that authority to advocate for a much more ambitious climate agenda.  While it’s always valuable to be in touch with your County elected officials and encourage them to adopt critical legislation like BEPS, what’s really needed is movement at the State and Federal levels.

At the State level, we absolutely need a 100% Renewable Portfolio Standard in Maryland and other states to ensure a clean electricity grid. At the Federal level, there has to be a commitment and timeline for phasing out fossil fuels and an approach to cushioning the blow to workers and states that would be affected by such a phase out.  There must be a new policy framework in which “bads” such as carbon emissions are taxed so that corporations and individuals alike are incentivized to reduce emissions.

I think young people can play a huge role at the State and Federal levels to convince their peers and their parents to advocate and vote for officials who are going to legislate in a way that is commensurate with the climate crisis.  Start by organizing something like a “Maryland Youth Climate Coalition” and establish relationships with young people across the State, particularly in counties where the politics largely differ from Montgomery County, and then show up at public hearings in Annapolis to demand the change that is needed.  A youth-led, non-partisan coalition with wide support in both Blue and Red Maryland counties will be a force to reckoned with.

Q: Are there any climate action projects you are looking forward to seeing implemented soon?

A: Yes, Building Energy Performance Standards (BEPS) in Montgomery County is a must. Maryland also passed a law that will allow Montgomery County to purchase electricity on behalf of our residents and small businesses starting in 2024.  Community Choice Energy, as it is called, will be a huge lift, and take a fair amount of time due to the regulatory framework, but it will allow our community members to more easily use clean electricity.  I’m also really excited by the prospect of launching the Community Justice Academy.

Q: What County climate initiatives are you working on now?

A: I’m currently working on the following:

One of the things I’m really excited about is the prospect of expanding the number of County worker-owned businesses, like co-ops.  There is significant potential, particularly among longtime business owners looking to retire.  Instead of simply closing up shop, they can transition their business to an independently owned worker-owner model.  This reduces business attrition, democratizes the workplace, builds community wealth, and creates economic stability because businesses become more rooted in the community.  Climate change will increasingly disrupt supply chains.  To the extent the County can foster worker-owned businesses, particularly those that contribute to the local supply chain and provide green products and services, we’ll be creating greater economic stability and self-sufficiency while also positioning ourselves for the green economy.