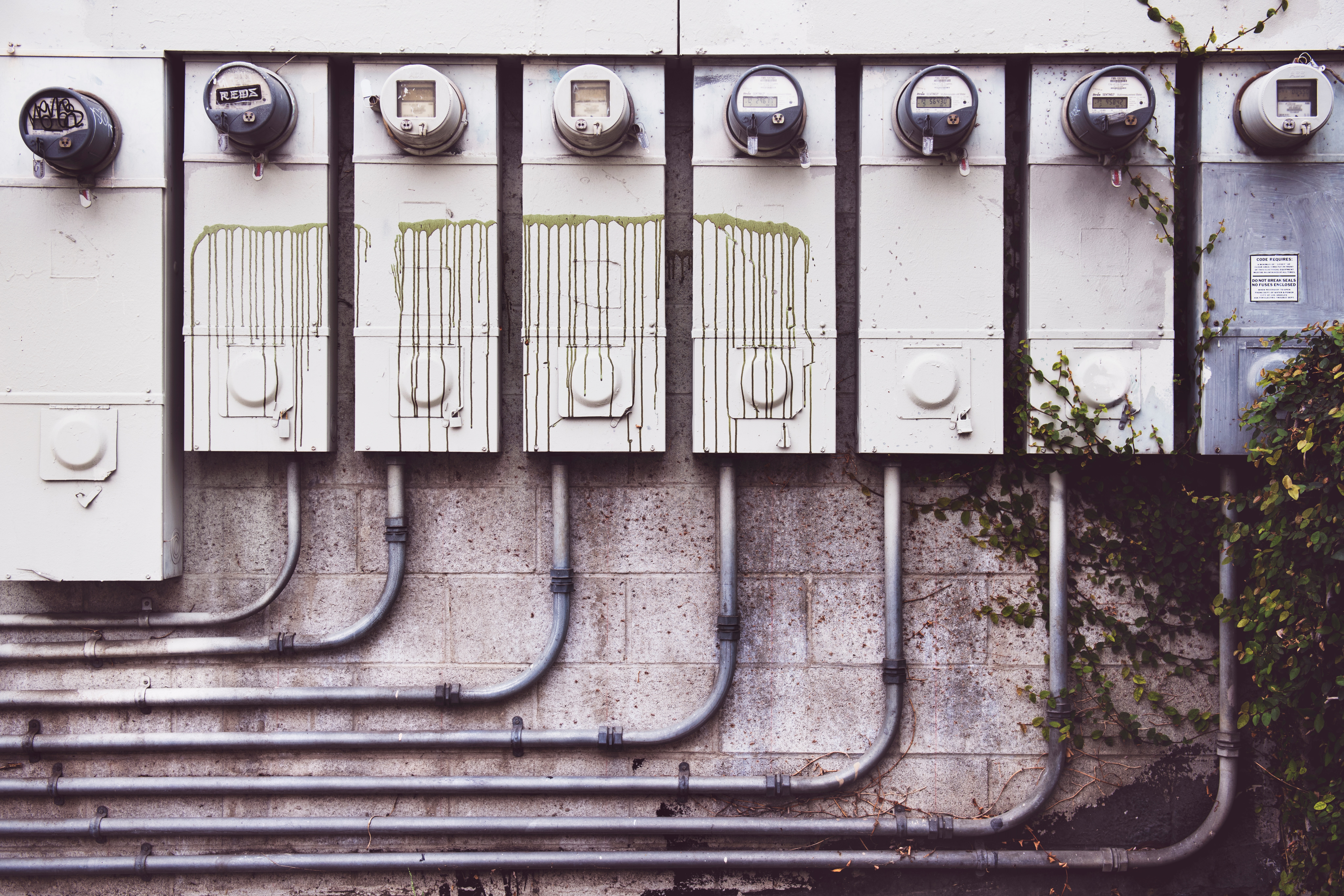 Montgomery County’s premier community college, Montgomery College, has been advancing an effort to submeter every building in its inventory that is connected to the hot and chilled water central distribution plant. Montgomery College has three campuses in the County: Rockville, Takoma Park/Silver Spring, and Germantown. There are approximately three million square feet of constructed land belonging to Montgomery College, corresponding to 55 buildings.

The building sub metering project began as a response to the need for energy benchmarking to accurately quantify the thermal energy going into each of the College’s buildings. Before sub metering, the College estimated the amount of energy used in the properties based on their gross square footage. As explained by Daniel Dalgo, Montgomery College’s energy engineer, “the main benefit of this effort is that we can accurately monitor our energy consumption at the College to comply with Montgomery County’s benchmarking law.” 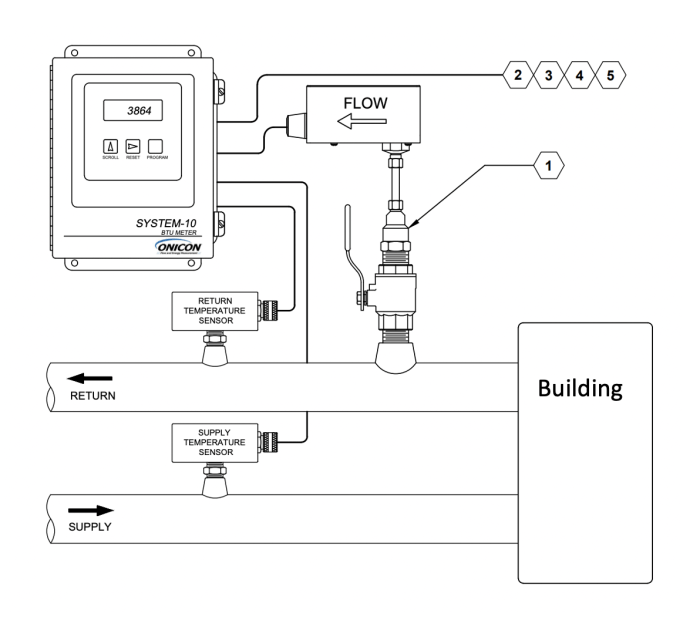 By quantifying the thermal energy consumption, the College can assess how each building is performing and treat any outliers that are consuming too much energy. By studying the data collected by the meters, the College can interpret trends, patterns, and outliers to determine how the buildings are performing and troubleshoot if something is not working as it should. Just by looking at the data, the team has discovered valves that were not functioning correctly, for example. Fixing these valves led to almost automatic energy and financial savings. Analyzing the data will enable the College to prioritize buildings for retrofits in order to lower energy consumption and implement more cost-effective solutions. 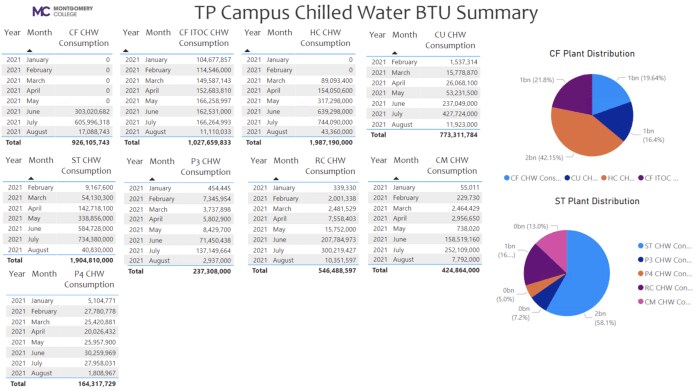 All three Montgomery College campuses have distribution loops systems, which consist of underground piping that transports hot and cold water throughout the properties. These distribution loops constitute part of a temperature control method called distributed heating and cooling, in which thermal energy is exchanged for heating and cooling purposes. In this method, water is cooled by electricity or heated by natural gas in one specific building, where the water source is located. The sources of water are called “plants”. These plants are located within the footprint of a building, often in the basement. There are at least two plants on each of Montgomery College’s campuses, and they are strategically placed in different areas of the campuses to optimize the underground distance traveled by the water. With the use of plants, electricity and natural gas consumption are centralized in one building instead of being spread across at every building requiring temperature control.

In each of the College’s buildings, there are heat exchangers. Heat exchangers are devices that coordinate the exchange of heat between water and air. If one desires to warm up the ambient air of a building, for example, hot water is sent to the building’s heat exchanger. In that case, the cold air would become warm and the hot water sent to the heat exchanger would become cold and circulate back to its plant to be reused. The warm air is then pushed through HVAC ducts to be distributed in different rooms. BTU (British Thermal Units, a unit of thermal energy) meters are installed in each building to measure how much chilled or hot water enters the heat exchangers. These meters quantify the consumption of thermal energy based on the flow and the temperature of the water passing through the pipes. Distribution systems are most frequently found in university campuses around the United States, but the National Mall also relies on distribution loops for heating and cooling the surrounding buildings.

The first meter at Montgomery College was installed back in 2012, when Mike Whitcomb PE (professional engineer), energy manager of the College, and the lead of the project, made the initial investment with the support of the College’s facilities department. Today, all the buildings connected to the distribution loops at the Germantown and Takoma Park campuses are already being submetered, and the Rockville campus submetering is under its underway. By the fall of 2021, the College hopes to have all three campuses submetered. Submetering the buildings was a large investment, with a total cost of roughly half a million dollars funded by the College and the County.

Montgomery College is supporting the recently released Montgomery County Climate Action Plan (CAP), which provides a path for the County to meet its zero greenhouse gas emissions goal by 2035. By establishing how much energy is consumed, the College can understand its baseline and take steps towards the actions determined by Montgomery County’s CAP. 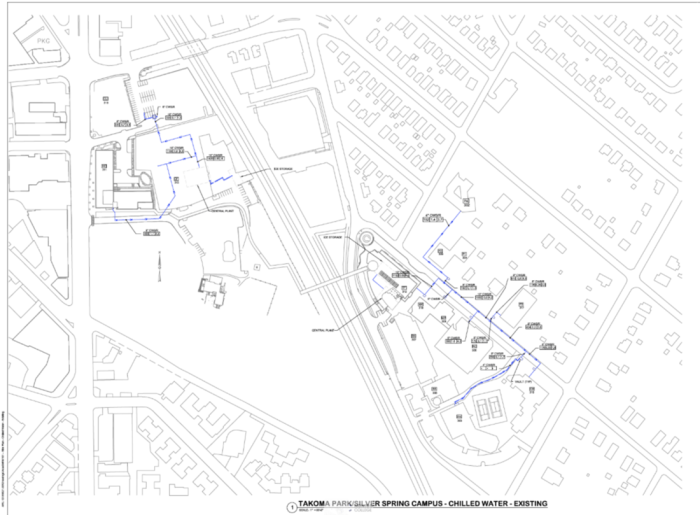