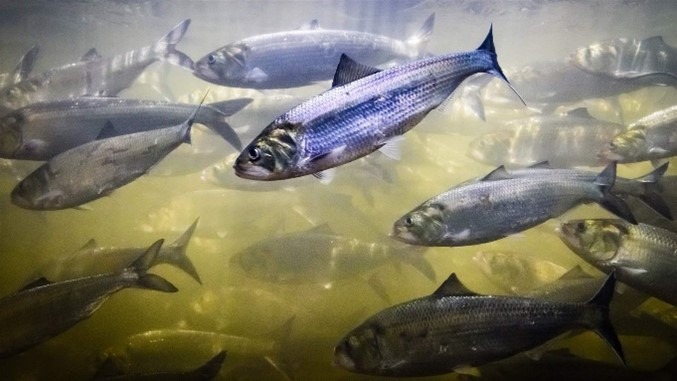 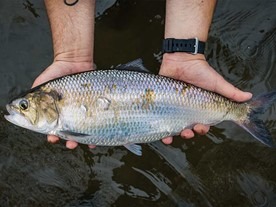 Signs of spring are beginning to appear but, what makes it springtime? Who you ask will determine the answer you receive. If they are like most of my friends, it is the weather that makes them say it is spring. However, I also know a fair amount of people that will refuse to say that spring is here without the robins and other birds that have returned home from their southern vacation. These two seem to be the predominant response that someone will give if asked what makes you say it is officially spring. There is a third response I used to hear from the avid anglers that would frequent the archery shop that I worked at as a kid. Shad runs; they are what officially marked the start of spring to many anglers throughout the Northeast.

To many of us that frequent the banks of the Potomac or any of the other rivers in Central Maryland we have not seen American Shad in many years, if ever. If you talk to an older angler that has seen the migration, they describe a sight that seems so improbable that most of us would dismiss it as a “senior moment”. When it was described to me as a child you could cross the Susquehanna River without ever getting your feet wet because of the shear amount of American Shad moving up the river to find their spawning grounds. This seems unfathomable to many of us that rarely see any fish swimming in these rivers and streams but, as crazy as it seems they are not that far off. 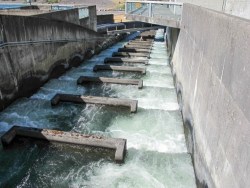 Typical fish ladder system. This dam is on the Columbia River.

Typically, every March/April American Shad would begin their migration from the ocean back into freshwater streams to begin their period of breeding. American Shad used to have such a massive population that it is said during the revolutionary war George Washington was able to feed his army at Valley Forge with the Shad moving up the Schuylkill River. Unfortunately, dams have disrupted their migration and they are unable to travel much further past the first dam on any river system connected to the bay. Thankfully with assistance from fish ladders as well as physically moving individuals the populations have not been completely eradicated. 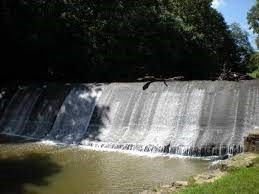 Burnt Mill Dam off Route 29 near Woodmoor in Silver Spring

In Montgomery County American Shad have not been present for many decades. However, close relatives to the American Shad, River Herring have been seen in the county. River Herring have been known to school below Pierce Mill Dam on Rock Creek as well as using the fish ladder that is built into the dam to move upstream to spawn. Northwest Branch is another waterway that shad and herring could use to spawn however, the dam on Northwest Branch does not have fish ladders. With improvements of the dams throughout Montgomery County and Maryland would make it possible for American Shad and other migratory fish to use these waterways.

A pair of American Shad can produce about 600,000 young. Because of this American Shad along with other migratory fish become a very critical part of the food chain in the freshwater rivers and streams that they enter. This abundant amount of food resource helps many of our resident populations of fish remain stable and healthy which makes all the anglers happy.  So, if you get a chance to head toward the bay this spring make sure to try and catch a glimpse of what is left of the great fish migration and know that you saw something special. 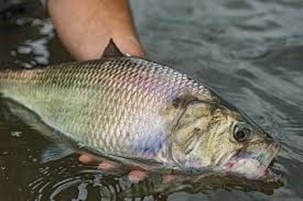