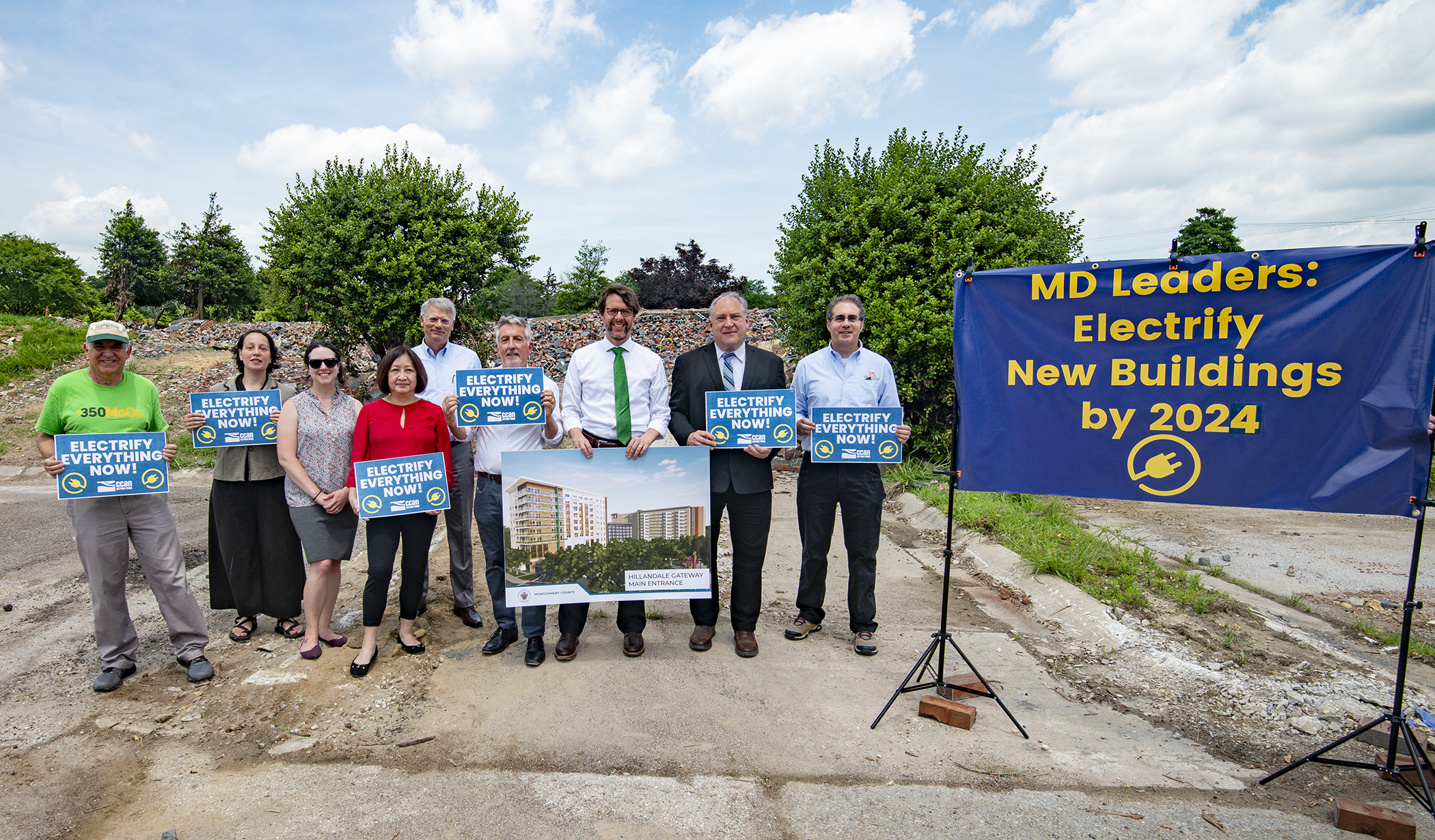 “We’re entering a new era of building design and construction that will bring our ambitious climate goals to life,” opened Lindsey Shaw, Chief of the Energy and Climate Section of the Montgomery County Department of Environmental Protection, at a June 13th press conference introducing the Comprehensive Building Decarbonization Legislation (Bill 13-22). 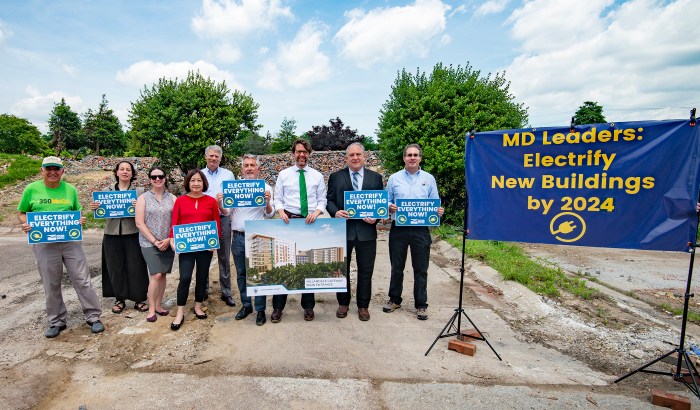 County climate leaders at the press conference standing in front of property where Hillandale Gateway, a zero-net energy development, is set for construction.

If passed, the county will be on its way to a future in which all new buildings are fully electric – meaning farewell to natural gas furnaces and stoves, and hello to cost-effective technologies like heat-pumps and induction cooking equipment. In Montgomery County, buildings account for 50% of community-wide carbon emissions. As such, this bill is essential in the race to reduce county emissions 80% by 2027 and 100% by 2035 compared to 2005 levels, as outlined in the county Climate Action Plan.

Bill 13-22 would not directly mandate that all new buildings be electric. Rather, it would require the County Executive to issue all-electric building code standards for new construction, major renovations, and additions by January 1, 2024 while providing a framework to make this happen. The requirement excludes certain building types, such as manufacturing, crematories, hospitals, and commercial kitchens, for which electrification is not yet economically viable or that requires fossil fuel combustion for safety, like emergency backup systems. Additionally, to ensure that no communities are left behind, the bill provides an extended timeline for income-restricted housing projects and public or private schools.

Though the first of its kind in Maryland, the ambitious bill is not out of reach. It’s modeled after legislation that has already been enacted in New York City, San Jose, San Francisco, and Seattle. And within the county are burgeoning examples of all-electric construction, a primary example being the upcoming White Oak development, Hillandale Gateway.

With planned 1.2 megawatts of on-site solar-powered energy, 463 all-electric homes, all-electric heating/cooling, ventilation, water heating, and insulation systems, and even shared parking spaces built to promote electric vehicle use, the project demonstrates the feasibility of a decarbonized future. “We’re [no longer] asking people to wander into a forest where they’re not going to know the way out,” said County Executive Marc Elrich.

A win for the planet, public health, and prices

“Just south of here, my synagogue was one of over a dozen congregations to walk their DC neighborhoods with a methane detector over the past year, finding 389 leaks across the district in all 8 wards, 14 of which were at or over the methane concentration at which an explosion is possible,” noted Joelle Novey, Director of Interfaith Power and Light DMV, “We have every reason to think gas is likewise leaking all over Montgomery County.” 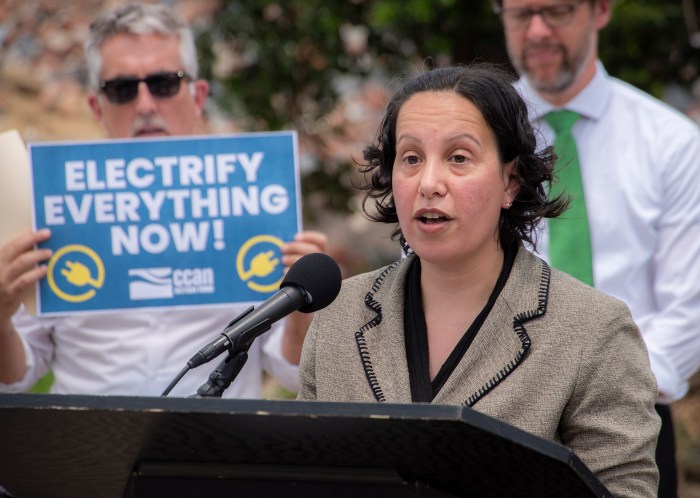 According to the National Fire Protection Association, local fire departments responded to an average of 125,000 natural gas or [liquefied petroleum] gas leaks per year in between 2012-2016, and these incidents have been on the rise. Locally, a residential gas explosion in Silver Spring occurred not too long ago. Such leaks and accidents are “let’s face it, not natural,” said Novey. All-electric buildings would reduce their frequency.

Burning fossil fuels in buildings not only creates risk of gas explosions, but also impacts the air we breathe each day. A UCLA study found that fossil fuel powered buildings produced worrying amounts of pollutants like carbon monoxide and nitrogen oxide that can contribute to respiratory illness, cardiovascular disease, and other health harms. The transition to all-electric buildings would provide not only a cleaner environment, but a safer one.

In addition to planetary and public health benefits, there are many ways in which all-electric buildings can help save money. According to the non-profit New Buildings Institute (NBI), electrifying homes during construction is cheaper than later retrofitting fossil-fuel dependent homes over its lifecycle. Another study, published in the Nature Energy Journal, found that homes with electric heat pumps increase in market value, an indirect but impactful benefit to homeowners.

Bill 13-22 was formally introduced on June 14 and is currently under review by County Council. Keep track of bill details and activities on the Bill Details page.

Interested in sharing your thoughts about Bill 13-22 with the County Council? Learn about how to get involved in the July 26, 2022 public hearing here or submit written, audio, or video testimony using this form.